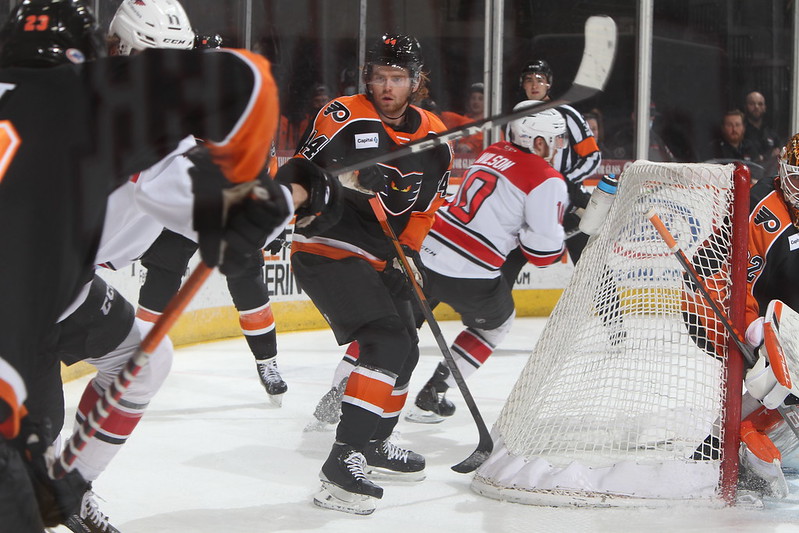 Lehigh Valley, PA – The Philadelphia Flyers have announced that defenseman Cam York has been recalled from the Lehigh Valley Phantoms, according to Flyers’ President of Hockey Operations and General Manager, Chuck Fletcher.

York, 21, played in 13 games with the Flyers during his previous recall. He began the season with the Phantoms and then was brought up to the Flyers on December 28 where he stayed for a little over a month before returning to the Phantoms on February 4. York scored his first NHL goal on December 15 against the New York Rangers and has also registered two assists with Philadelphia. The Anaheim, California native was the Flyers’ first-round (#14 overall) selection in 2019.

With the Phantoms this season, York has two goals and 10 assists in 34 games including one goal and three assists in his most recent 13 games on this latest stretch with the team. Last year’s Big Ten Defenseman of the Year out of the University of Michigan also led the USA to a World Juniors Gold Medal 13 months ago. York has 42 career games with the Phantoms scoring 3-13-16 and 16 career games with the Flyers registering 1-2-3.

The Phantoms return to action this Friday and Saturday with back-to-back home games against the Laval Rocket and Hartford Wolf Pack.