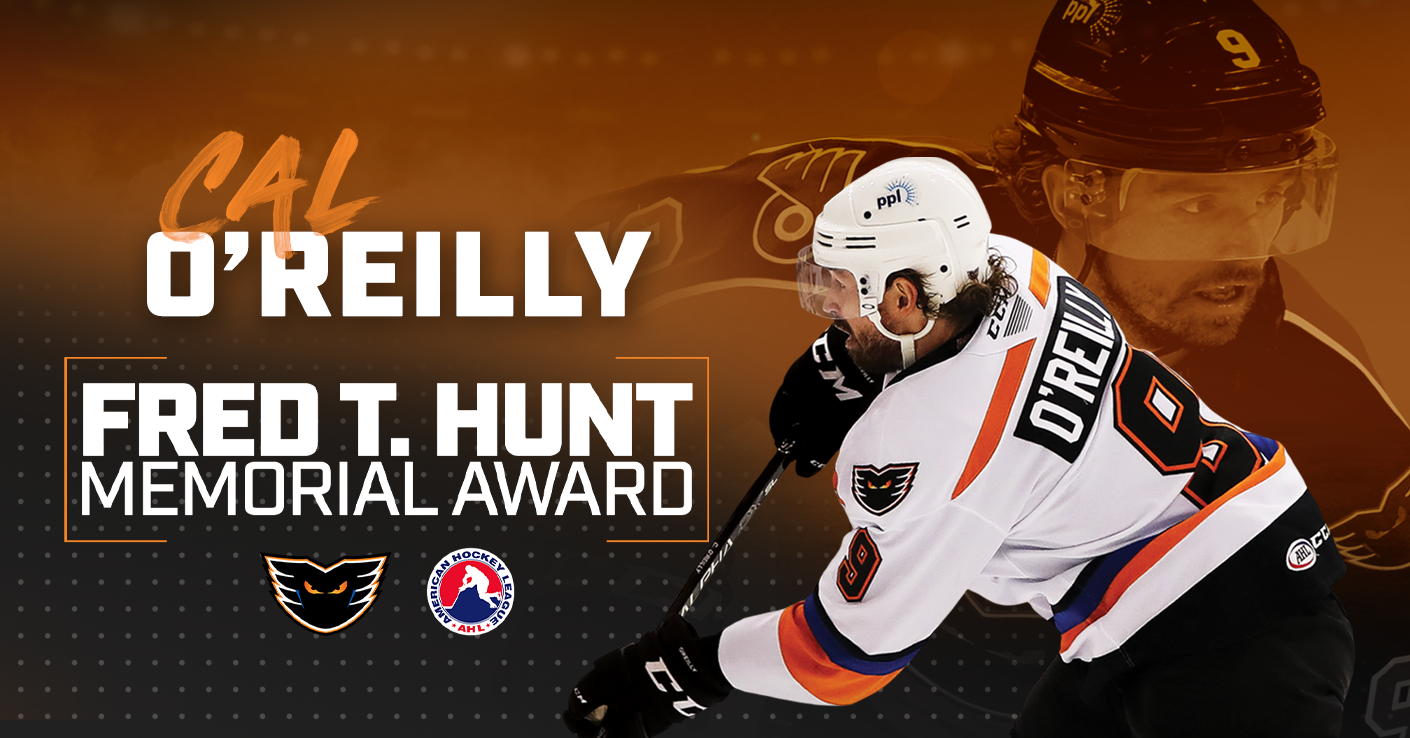 Lehigh Valley, PA – The American Hockey League announced today that Cal O’Reilly of the Lehigh Valley Phantoms is the 2020-21 winner of the Fred T. Hunt Memorial Award as the AHL player who best exemplifies the qualities of sportsmanship, determination and dedication to hockey.

The award is voted on by coaches, players and members of the media in each of the league’s 28 active member cities.

A prolific playmaker throughout his 15 pro seasons, O’Reilly recorded four goals and 19 assists for 23 points with only 12 penalty minutes in 32 games for Lehigh Valley in 2020-21, serving as the Phantoms’ captain for a second consecutive season and leading his team in scoring for the fifth time in his AHL career.

With three assists in a win over Binghamton on April 26, 2021, O’Reilly became just the 10th player in AHL history to reach 500 assists for his AHL career. He was recognized for his achievement at the Phantoms’ next home game and was surprised on the ice with a Congratulations video from his brother, Ryan O’Reilly of the St. Louis Blues. 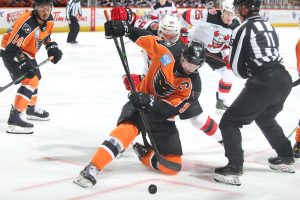 O’Reilly, who has captained four different AHL clubs over the last seven years, has totaled 130 goals and 503 assists for 633 points in 751 regular-season games with Milwaukee, Wilkes-Barre/Scranton, Portland, Utica, Rochester, Toronto, Iowa and Lehigh Valley, while amassing just 154 minutes in penalties – including zero majors or misconducts. The five-time AHL All-Star is the league’s active career scoring leader and is 36th all-time. He has appeared in the Calder Cup Finals twice with Milwaukee in 2006 and with Utica in 2015.

A 2005 draft choice by Nashville (fifth round), O’Reilly has played 145 games in the NHL with Nashville, Phoenix, Pittsburgh, Buffalo and Minnesota, recording 16 goals and 33 assists for 49 points.