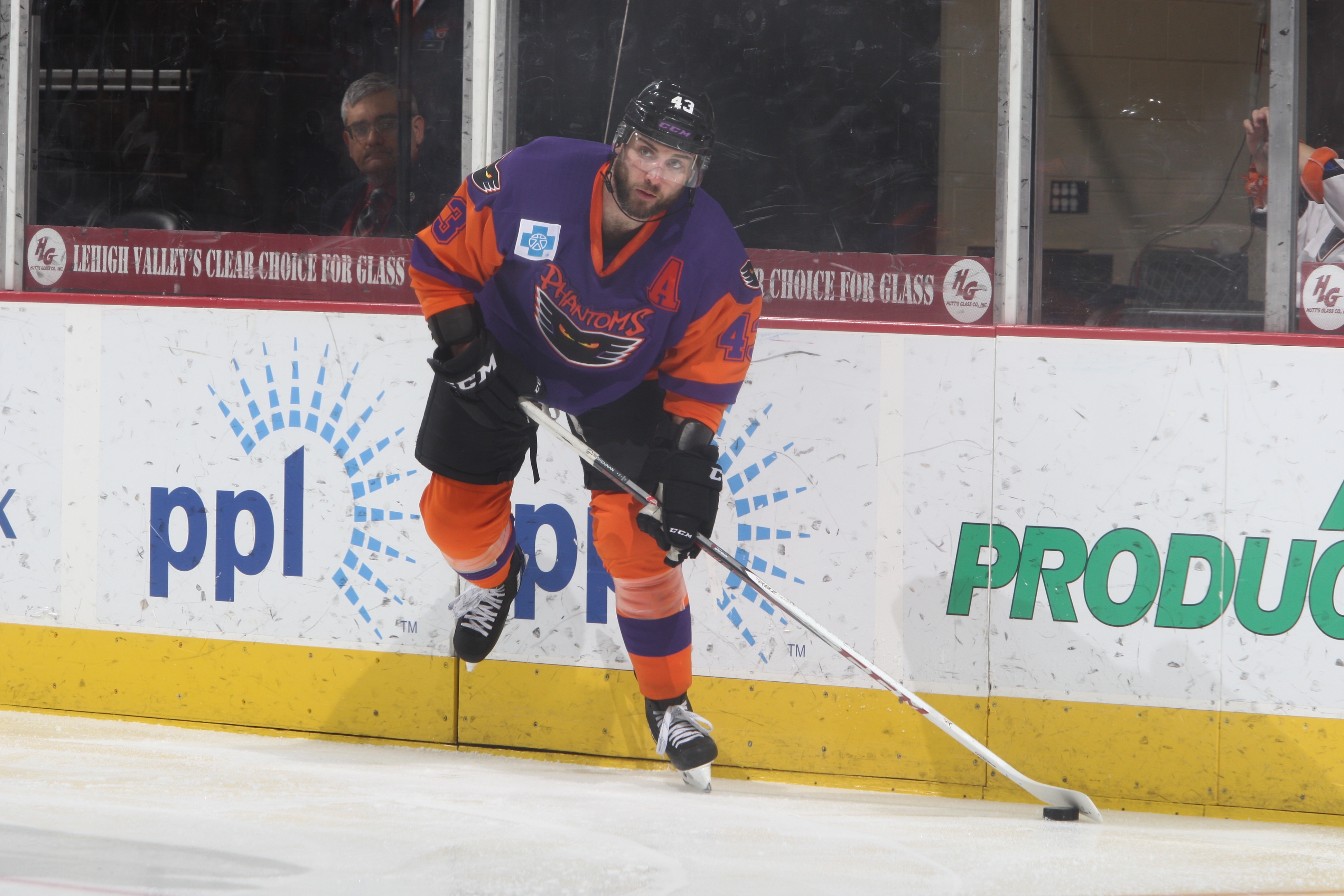 Lehigh Valley, PA – History was made at PPL Center Friday evening as T.J. Brennan became just the 10th defensemen in AHL history to amass 400 career points. Brennan’s historic goal came with just 10.5 seconds remaining in the second period and served as an insurance marker in a 3-1 triumph over the Charlotte Checkers in front of 7,494 fans inside PPL Center. 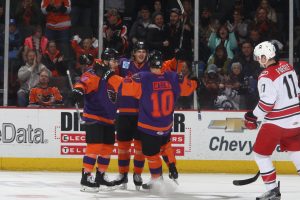 With the win, the Phantoms improved to 21-9-2-2 overall this season as Lehigh Valley continues to lead the Atlantic Division in standings points (46) and is now tied with the Providence Bruins for the most wins in the division (21). Friday’s victory stretched Lehigh Valley’s current point streak to six consecutive games (5-0-1), which matches the team’s longest such streak this season. The Phantoms also collected points in six straight outings when they won six straight games from October 14 to October 27.

Brennan’s goal was his fourth of the season and 138th of his illustrious AHL career. All told, the 28-year-old blueliner has compiled 138 goals, 262 assists and 400 total points across 545 career AHL outings. In just 102 games since coming to Lehigh Valley last season, he’s already recorded 25 goals and 81 total points and is coming off a season in which he was named to the AHL’s First All-Star Team for the third time in his pro career. 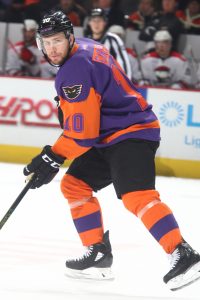 Greg Carey (17th) and Oskar Lindblom (10th) also found the back of the net for Lehigh Valley as the Phantoms improved to 21-1-2-1 when scoring three or more goals this season. Carey’s conversion was part of a stellar three-point night (goal, 2 assists) and moved him into a tie with Danick Martel for the team lead in goals scored as he netted his 12th goal and 14th point over his last 17 games. Meanwhile, Lindblom continued his recent scoring surge as he converted his 10th point (5 goals, 5 assists) over his last nine outings.

Phil Varone also continued his stellar campaign with another two points (both assists) Friday evening. The 27-year-old center continues to lead all Phantoms in scoring and is now in sole possession of second place among all AHLers with 37 total points (10 goals, 27 assists). Varone has notched at least one point in 22 of Lehigh Valley’s 34 games this season and Friday marked the 10th time this season in which he’s produced a multi-point outing.

Goaltender Alex Lyon earned the win in goal as he returned to the Lehigh Valley crease for the first time since December 1. After spending much of December with the Philadelphia Flyers, Lyon was brilliant in his return turning aside 28 of Charlotte’s 29 total shots in holding the second-highest scoring offense in the league to just a single conversion. With the win, Lyon improved to 9-6-1 overall this season. 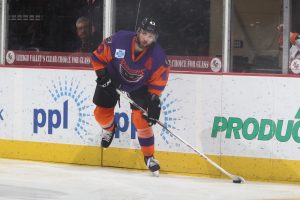 Lehigh Valley is now 2-1 against the Checkers this season with the two clubs set for a rematch at PPL Center on Saturday.

The Phantoms opened the scoring just over six minutes into the contest when a transition rush produced an opportunity just atop the Charlotte goal crease that was pounced on by Carey for his 17th goal of the season. Tyrell Goulbourne and Varone assisted on the even-strength strike netted 6:01 into the first period as Lehigh Valley improved to 12-1-1-1 when scoring first this season.

Lehigh Valley then doubled its advantage a little better than three minutes later when, while on the power play, Lindblom marched to the net front before slamming home his 10th goal of the season. Carey and Varone collected assists on the man-advantage marker tallied 9:15 into the opening frame.

The Phantoms then swelled their lead to a 3-0 edge in the dying moments of the second period when Brennan drifted down the right wing before slipping his fourth goal of the season between the pads of Charlotte goaltender Jeremy Smith. Carey and Goulbourne assisted on the historic goal for the 28-year-old defender scored 19:49 into the middle stanza.

The Checkers sliced into Lehigh Valley’s advantage just past the midway point of the third period when a turnover at the Phantoms’ blue line produced an opportunity between Charlotte’s Warren Foegele and Andrew Miller resulting in Foegele’s 16th goal of the year. Miller garnered the only assist on the five-on-five conversion netted 10:53 into the final frame that proved to be the only conversion of the night for the Checkers.

The Phantoms cap this week’s action on Saturday when they play their final game of 2017 as they wrap up their two-game weekend series with Charlotte. Saturday’s game is Retro Night at PPL Center as we celebrate the totally righteous decade that was the 1980’s. The Phantoms will once again be wearing their specialty retro jerseys, which will be auctioned off after the game in The Morning Call Club. A limited number of tickets remain for Saturday’s game and can be purchased online HERE.