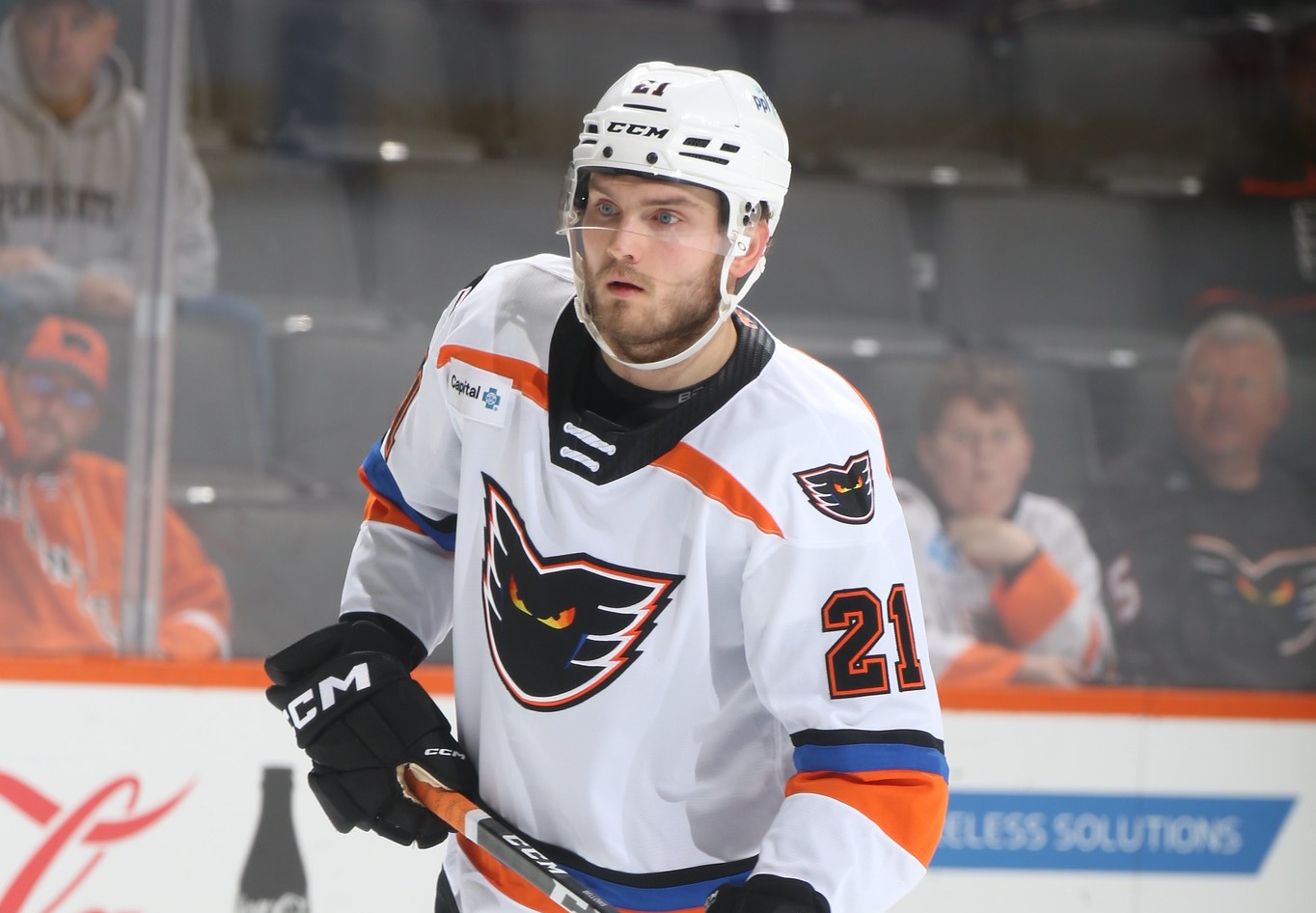 Lehigh Valley, PA– Kieffer Bellows blasted home his first career Phantoms goal during a 4-on-3 power play late in the second period and Sam Ersson made 29 saves on 30 Charlotte Checkers shots as Lehigh Valley held on late in a riveting 2-1 victory. Bellows now owns a three-game point streak since his Phantoms debut last Saturday in Charlotte. Artem Anisimov has also impressed since he joined the Phantoms in mid-November, and he added his third goal of the season to tie the game midway through the second period. The Phantoms’ penalty kill was a clutch 5-for-5 including a late 6-on-4 kill late in the third.

The Phantoms have taken two out of three from Charlotte (12-8-3) in the quick stretch of four matchups in nine days between the Atlantic Division rivals. Lehigh Valley and Charlotte have one more meeting in this part of the series on Saturday night at PPL Center. 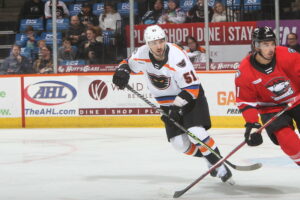 Lehigh Valley (10-9-2) had a strong start in the first period including the first power-play opportunity of the game, but they were unable to convert on that opportunity nor were they able to score when Olle Lycksell found a wide-open Tyson Foerster between the face-off circles. Mack Guzda made a fine point-blank save to deny the chance. It was the first excellent save of the night for the 21-year-old rookie who made several denials of increasingly spectacular-style as the game continued. From there the Checkers took over in the second half of the opening period Bolstered by two power plays, the Checkers cranked up 14 shots on goal.

The Phantoms also survived a penalty shot by Gerry Mayhew after Adam Ginning closed his hand on the puck in the goal-crease. Ersson’s denial with 1:37 remaining in the first period represented the fist penalty-shot opportunity in a Phantoms’ game this season and ensured that Lehigh Valley would make it to the first intermission with the score still 0-0.

Charlotte’s Aleksi Heponiemi opened the scoring when he accepted a brilliant backhand pass out of the corner by Logan Hutsko and fired a wrist shot stick side on Ersson to make it 1-0 at 7:58 into the middle frame.

The Phantoms had a consistent offensive push throughout the period and eventually beat Guzda with 5:16 to go in the second period on a nifty dangle by Artem Anisimov who patiently carried through the crease and deked to his forehand to tie the game at 1-1. Lehigh Valley’s first-line combination of Lycksell, Anisimov, and Foerster has been especially strong lately and continued their dominance on home ice, picking up both helpers on some snazzy zig-zag passing to set up Anisimov’s equalizer.

Less than four minutes later it was for the hosts it was Kieffer Bellows notching his first-ever Phantoms goal. Egor Zamula, who arrived from the Flyers one day earlier, got the primary assist with Foerster adding a secondary assist for his second apple of the night. 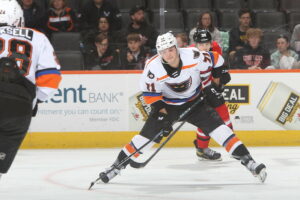 Bellows’ tally eventually became the game-winner thanks to a strong goaltending performance from Sam Ersson the rest of the way. Lehigh Valley also had several strong chances to extend its lead but Charlotte netminder Mack Guzda made some impressive stops among his 11 saves in the third to keep the Checkers within a goal.

Charlotte had two more power plays in the last 10 minutes of the game but the perfect penalty kill largely kept the Checkers from notching too many dangerous chances and the 4-on-6 kill at the end was exceptionally strong in protecting Ersson to the finish line of an exciting win.

Lehigh Valley improved to 8-3-2 in one-goal games. The Phantoms are 7-0-2 when leading after two periods.

With a memorable first Act One in the books at PPL Center, the Phantoms and Checkers will face off again on Saturday night at 7:05 with Phantoms Hats for the first 5,000 fans presented by Service Electric. 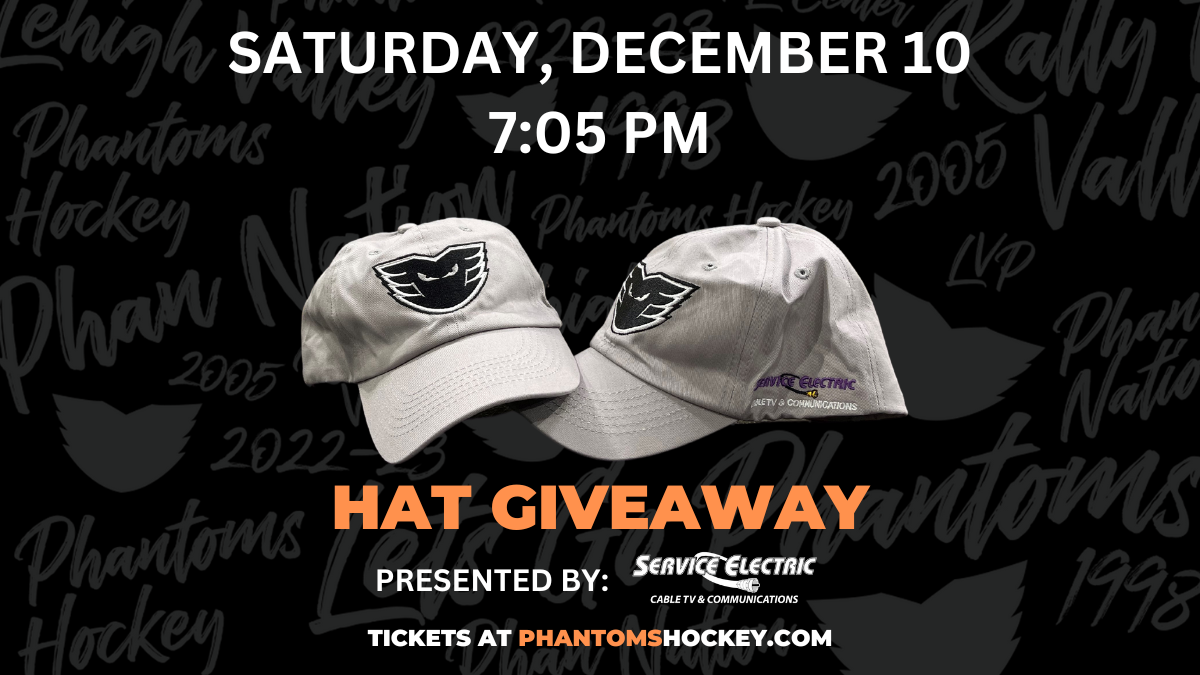