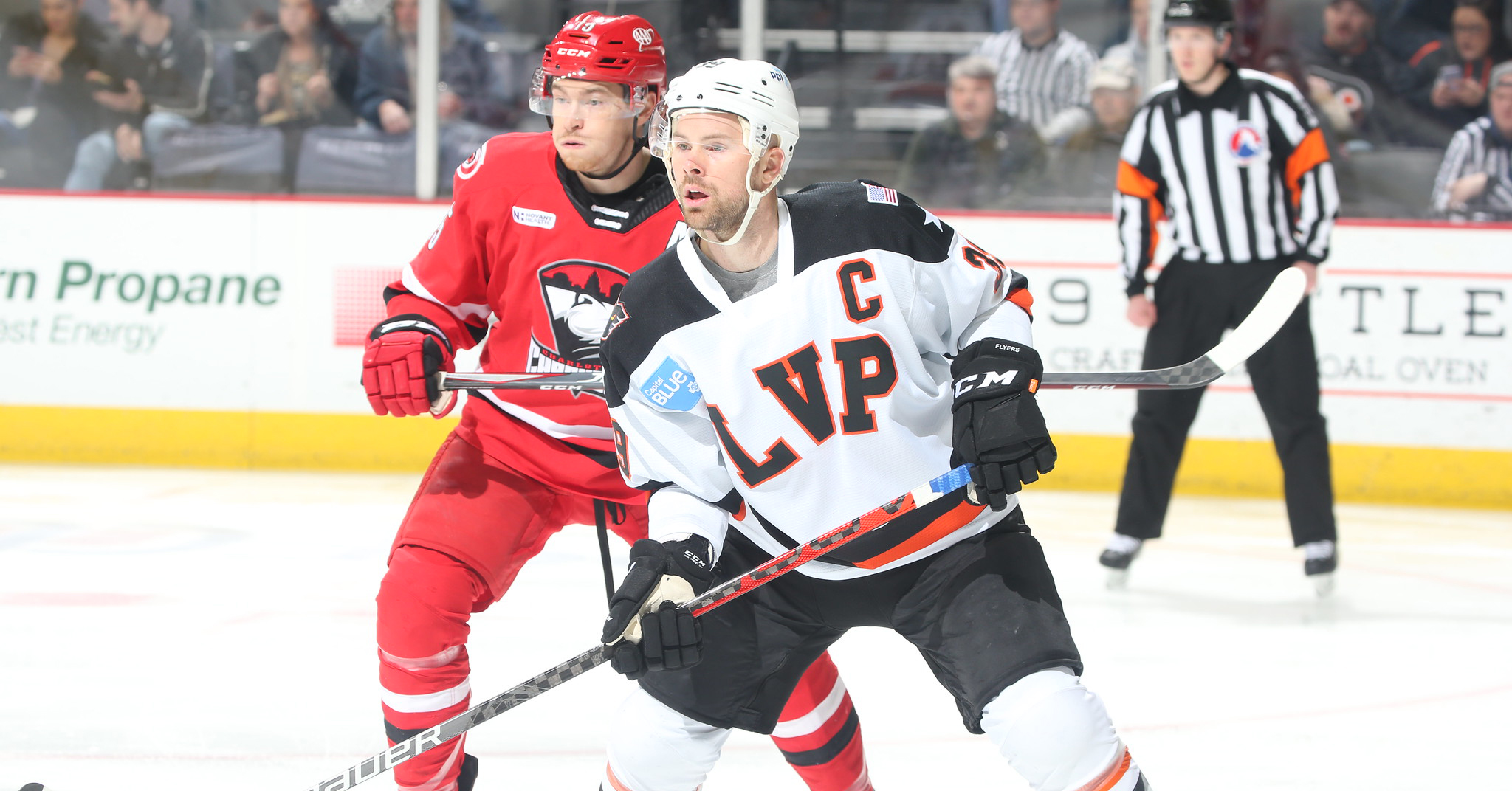 Ustimenko Made 24 Saves in Home Debut

Lehigh Valley, Pa. – After defeating the Charlotte Checkers (31-21-4-0) on Friday night, the Lehigh Valley Phantoms (24-26-2-6) sought the same result to close out their weekend. Andy Andreoff scored his second goal in as many nights and Kirill Ustimenko stopped 24 shots in his PPL Center debut, but the Phantoms fell short, losing 4-2.

The Checkers jumped out to a 1-0 lead 8:30 into the first period with a short-handed goal from Steven Lorentz. He stole the puck away in Charlotte’s offensive zone and put a shot past Phantoms goalie Kirill Ustimenko.

Charlotte extended the lead to two goals five minutes into the second period. Cavan Fitzgerald ripped a shot from the left circle off of a face off win.

With three minutes to go in the period, Ustimenko lost track of another loose puck that was poked in by Blake Winiecki. The goal came after Ustimenko made a series of stops, but couldn’t quite track it down to cover it up. 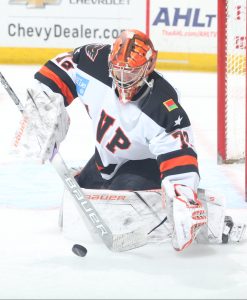 Oliwer Kaski added on another goal for Charlotte with seven minutes gone by in the third period. He took a pass from Max McCormick and ripped a shot from the left circle over Ustimenko’s shoulder to give the Checkers a 4-0 lead.

With 11 minutes left in the game, James de Haas cut the Phantoms’ deficit to three goals. He and Connor Bunnaman skated into the zone together, and Bunnaman dumped off a pass to de Haas, who snuck a wrist shot past Checkers goalie Callum Booth for his second goal of the season.

The Phantoms continued their late push with a goal from Andy Andreoff with four minutes remaining. Andy Welinski sent a pass to Cal O’Reilly at the goal line, and he redirected the puck to Andreoff in front of the net, who finished for the goal. It was Andreoff’s tenth goal of the season and second this weekend. Welinski’s assist was his second of the game.

Unfortunately, the comeback fell short, and the Phantoms lost the game 4-2 to finish 3-1 at home against the Charlotte Checkers.

NEXT TIME OUT: The Phantoms will be back in action on Friday, March 6 for a 7:05 game against the Bridgeport Sound Tigers. They will then travel to Binghamton on Saturday and return home for another game against the Tigers on Sunday afternoon.