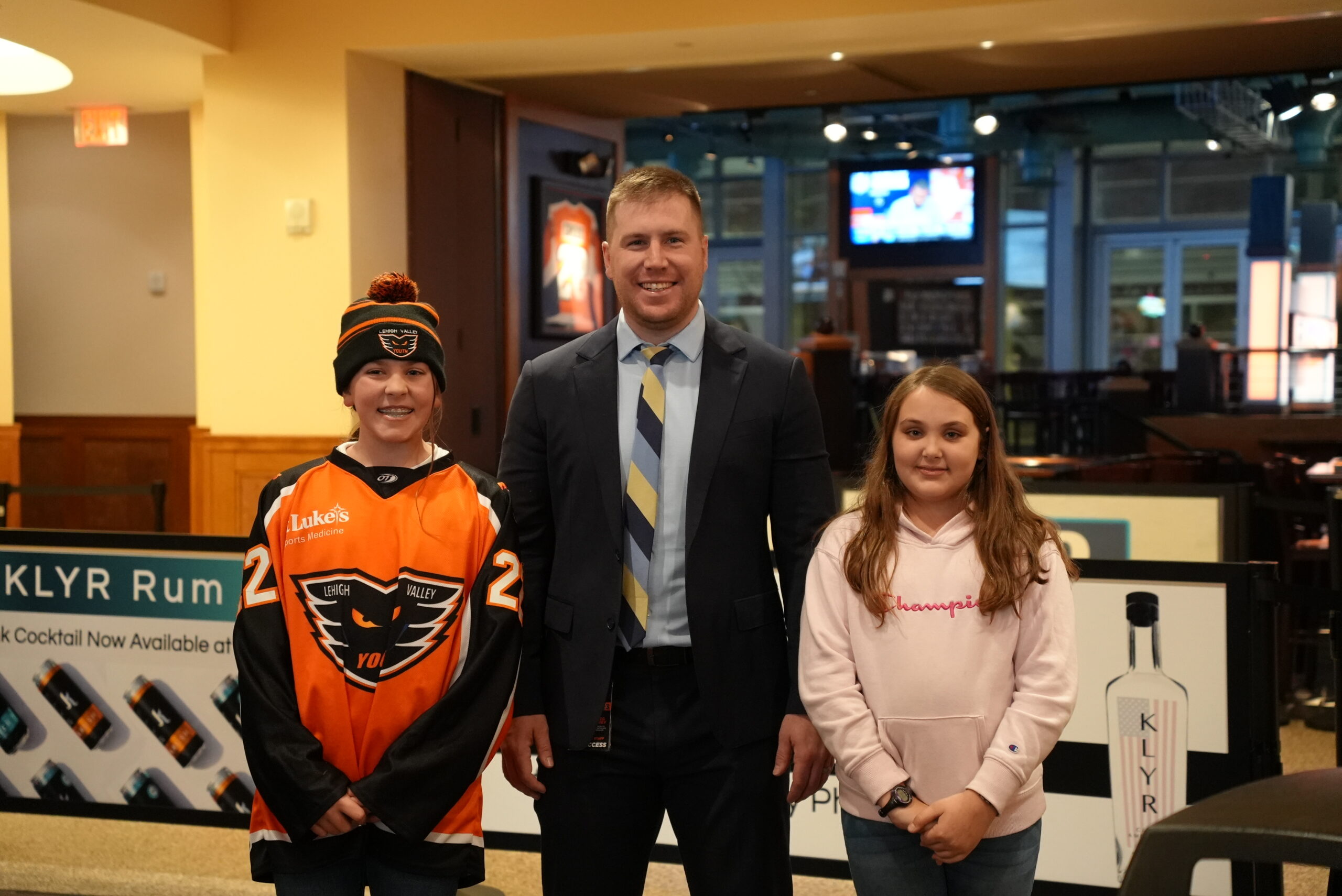 Former Phantom Carey still has goals in mind, but now they’re on a spreadsheet

By Gary R. Blockus Special To The Morning Call
December 27, 2022

Had it not been for the COVID-19 pandemic ending the 2019-2020 season prematurely, Carey’s numbers would place him even higher on the franchise’s all-time scoring lists. 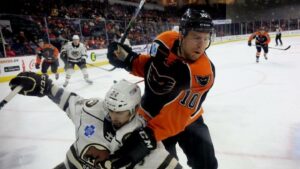 But these days, Carey has traded his Phantoms game day uniform for another Phantoms uniform, that of a suit in the Phantoms front office.

The 32-year-old is excited about his new role. Instead of scoring goals, he’s going to be meeting or exceeding different types of goals as the corporate partnerships manager.

“I want to be good at my job, just like I was good on the ice,” said the 32-year-old native of Hamilton, Ontario, before a recent home game.“Just like playing, every day is different. It’s 9-to-5, and we have game nights like with the hockey schedule, but the outlook is the same. It’s competitive. You want to win,” said Carey, who made his home in the Lehigh Valley when he moved here to play, settling in with his wife, Kendra, and son, Grant, who was born in 2021.

“Obviously we’re trying to sell corporate partnerships and make it a better experience by creating the best product and entertainment for our fans,” Carey said. “This is exhilarating. I’m learning something new every day, and to do something new. I was on the ice for 29 years, skating since I was 3. To still be in hockey but doing something different is refreshing. It’s nice to see this business side of it.” 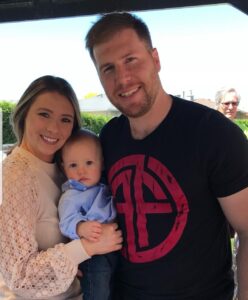 While Carey has to reset his strategy from scoring goals on the ice to setting them and breaking them on the corporate spreadsheets, he’s never had an issue with taking advantage of opportunities.

“From our perspective, what a great opportunity this is to have a player who was so successful on the most successful teams in Lehigh Valley history, to be in this role,” said franchise co-owner Jim Brooks.

“From his perspective, how great is it to have an opportunity to stay connected to the game in a town where you made such a huge impact,” Brooks added, rhetorically. “From our fan’ perspective, he’s now even more accessible to them.”

Indeed, Carey can provide a unique bridge between the fans and the team, offering a player’s point of view from the high-altitude look of the fan experience on ice and in the community.

In his new role with the front office, Carey — known as Care Bear during his playing days — is interacting with people and regional businesses that are interested in the Phantoms, but also in the Lehigh Valley community and its quality of life.

He can relate those experiences of what it’s like to be a professional hockey player in the Lehigh Valley, how the players can appreciate and support the community, but also what the community can do to better support those players and the team. 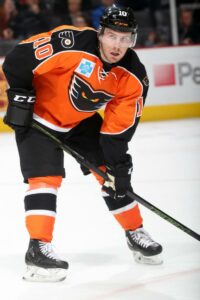 The Lehigh Valley is uniquely situated midway between the Philadelphia home of the parent club Philadelphia Flyers — and New York City, making it an easy day trip for world-class culture and history.

Part of Carey’s reason for staying is he fell in love with the region during his playing days.

“We never really went back home to Canada for the summers,” he said. “I really became part of the community here. I wanted to see if there was something I could do to help the team off the ice, and this just ended up being perfect timing.”

The Lehigh Valley itself is home to many world-class parks and recreation areas, with Class A trout streams, recreation on the Lehigh and Delaware rivers, major hiking and biking trail systems, including the Appalachian Trail, along with Triple-A baseball in the Lehigh Valley IronPigs, the top farm club of the Philadelphia Phillies.

“COVID was a strange year,” Carey said of 2020. “It was tough finding contract deals as a player. I kind of sat on a shelf but I didn’t want COVID to retire me. We just had a baby, and I wanted to give it one last go.”

He signed with Italy’s Pustertal Wolfe of the ICE Hockey League, joining former Phantom Reece Willcox in November 2021 before finishing out the season. But 9-hour bus rides during the playoffs were less than pleasant, and Carey didn’t want to miss out on the experience of being around his young son and wife.

He had stayed in touch with Dennis Begley, the Phantoms vice president of partnerships and premium seating, and reached out about any potential opportunities for employment beyond playing. 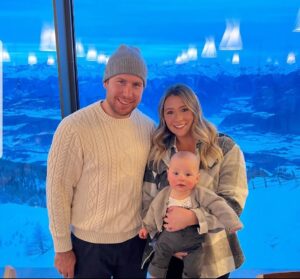 “We liked the idea of having a former player in partnerships, and he was the perfect guy for it,” Begley said. “He started his new position at the beginning of this season, and it’s a brand new thing for him from being a hockey player, but he has the personality for it, the name recognition, the contacts, and that is a positive for him.”

His hiring came at an opportune moment, too, making him eligible to play in the team’s annual preseason golf tournament with local corporations and fans. Golf is a big deal to him, and he called it a “doughnut around Philadelphia” of some prestigious golf courses that are on his bucket list for the next few years.

“I can tell you, he’s making me and [brother and co-owner Rob] look really good,” Jim Brooks said. “Our morning hockey has taken a big step up.”

Most of all, Brooks can’t believe how many people are approaching him and telling him how great it is to have Carey back and working for the team.

“He was successful on the ice, and that didn’t just happen,” Brooks said. “He had to work hard at it, he had to set goals, and that’s very similar to what he’s doing for us today. It’s just a different craft.”

Corporate partnerships manager for the Phantoms