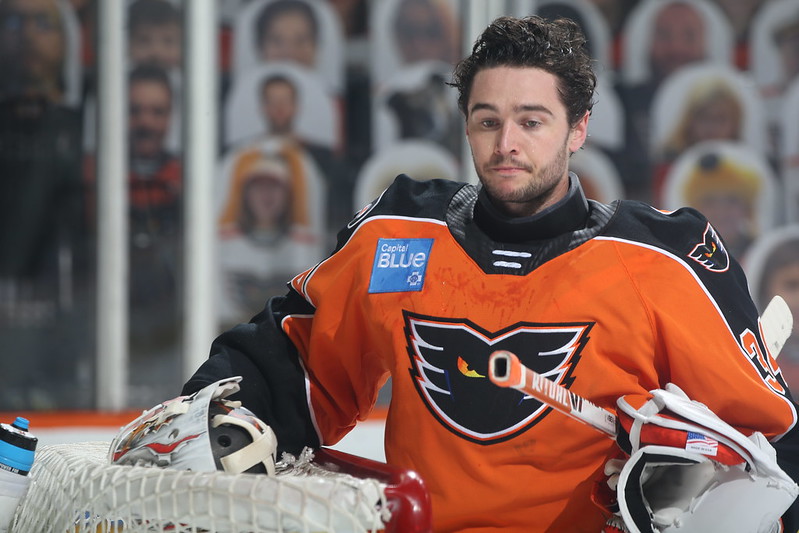 Lehigh Valley, PA – The Philadelphia Flyers have announced that Alex Lyon has been returned on loan to the Lehigh Valley Phantoms from the Flyers Taxi Squad.

Lyon, 28, played his first full game in over a year on Wednesday night at PPL Center and also played one period on March 10 at the Binghamton Devils in Newark. It was his 147th career game for the Phantoms. He is Lehigh Valley’s all-time winningest goalie with 73 victories. He has also played in 16 games with the Flyers in his career.

The Baudette, Minnesota native has spent the bulk of the season on the Flyers Taxi Squad while also dressing for a handful of Philadelphia games as the team’s backup goalie.

The Phantoms return to action tonight in Newark, NJ against the Binghamton Devils at 7:00 p.m.