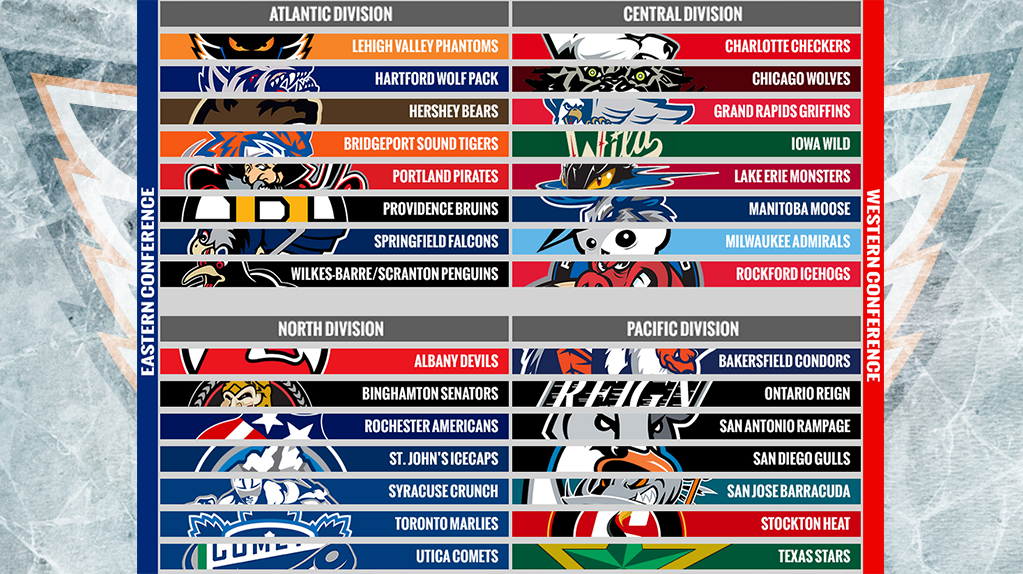 SPRINGFIELD, Mass. … American Hockey League President and CEO David Andrews announced that the league’s Board of Governors, convening for its Spring Meeting today in Chicago, Ill., has approved the following division alignment for the 2015-16 AHL season (National Hockey League affiliates in parentheses):

The format for the 2016 Calder Cup Playoffs will be finalized by the Board of Governors at its Annual Meeting in Hilton Head Island, S.C., July 6-9, and the complete playing schedule for the 2015-16 regular season, which begins Oct. 9, will be announced later this summer.

In operation since 1936, the AHL continues to serve as the top development league for all 30 National Hockey League teams. More than 88 percent of today’s NHL players are American Hockey League graduates, and for the 14th year in a row, more than 6 million fans attended AHL games across North America in 2014-15.

Through 19 incredibly successful campaigns, the Phantoms recently completed their Inaugural Season as the Lehigh Valley Phantoms playing at the brand-new PPL Center. Established in 1996, the Phantoms spent their first 13 seasons at the Spectrum before re-locating to Glens Falls, New York in 2009 where the team spent the next five seasons as the Adirondack Phantoms. A new era of Phantoms hockey began in the fall of 2014 when the Lehigh Valley Phantoms began play at the state-of-the-art PPL Center. Through 18 incredibly successful campaigns, the Phantoms have captured two Calder Cup Championships (1998, 2005), two Conference Championships (1998, 2005), two Regular Season Titles (1996-97, 1997-98) and four Division Championships (1996-97, 1997-98, 1998-99, 2003-04).