Lehigh Valley, PA – Through five months of hard-hitting hockey action inside PPL Center there’s been plenty of blood drawn on the ice. Now it’s time to draw some off the ice. 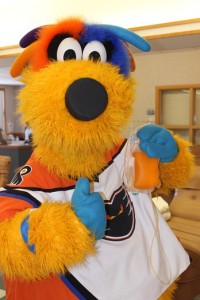 On Tuesday, March 3rd, the Lehigh Valley Phantoms are teaming up with the Miller-Keystone Blood Center for the 1st Annual Phantoms BLEED ORANGE Blood Drive. The event will take place in The Morning Call Club within PPL Center and and will run from 1:30 – 7:30 PM.

“Miller-Keystone Blood Center is so proud to be partnering with the Phantoms for our first annual BLEED ORANGE Blood Drive,” said Miller-Keystone Blood Center Director of Marketing & Business Development Sean Tinney. “We encourage all eligible donors to roll up their sleeves and give the gift of life. Miller-Keystone needs to collect 450 units of blood daily to supply 26 regional hospitals and we would like to thank the Phantoms for doing their part to ensure patients have the blood available to receive those lifesaving transfusions.”

Donors at the BLEED ORANGE Blood Drive will have the opportunity to meet Phantoms players from 1:30 – 5:00 PM and will be entered to win incredible Phantoms prizes throughout the day including autographed game-used sticks, autographed pucks, tickets to an upcoming game, Phantoms t-shirts and more! 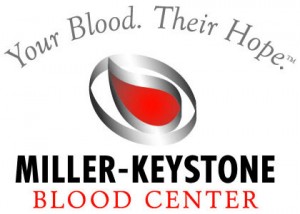 For more information on the BLEED ORANGE Blood Drive check out this video or visit www.GIVEaPINT.org/BleedOrange.