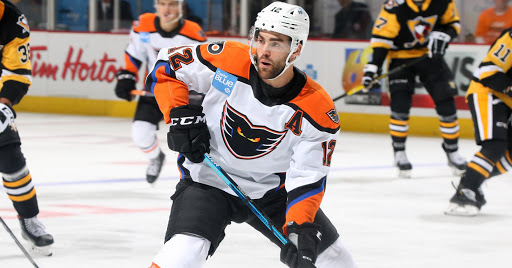 Lehigh Valley, PA – The Philadelphia Flyers have announced that forward Andy Andreoff and defenseman Mason Millman have been loaned to the Lehigh Valley Phantoms from the Flyers’ Taxi Squad. Additionally, goalie Felix Sandstrom and forward Pascal Laberge have been recalled to the Taxi Squad from the Phantoms.

Andreoff, 29, has played in six games with the Philadelphia Flyers this season and has yet to appear with the Phantoms in the 2021 campaign. He has spent most of this season on the Taxi Squad. His last game was March 17 against the New York Rangers. Andreoff was sent to the Phantoms on April 7 but the team did not play during his stretch on the roster.

The Pickering, Ontario native played 39 games for the Phantoms last season scoring 11 goals with seven assists for 18 points while also playing in 14 games with the Flyers registering one assist. The six-year veteran has played in 271 career games in the AHL, also with Manchester and Syracuse, where he scored 67 goals with 78 assists for 145 points. He has also played 179 games in the NHL with Philadelphia and the Los Angeles Kings where he has 13 goals and 12 assists for 25 career points. 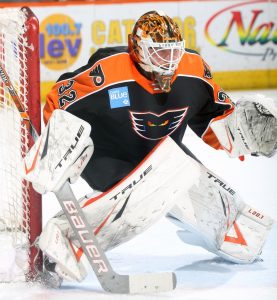 Felix Sandstrom, 24, is from Gavle, Sweden and is in his second pro season in North America. The Top Goalie at the 2017 World Juniors (beating Carter Hart of Canada) has had sporadic playing opportunities with the Phantoms with only five games going 2-2-1, 4.76, .838. Sandstrom was a third-round pick of the Flyers in 2015.

Laberge, 23, from Chateauguay, Quebec, was a round 2 selection of the Flyers in 2016. He has scored two goals in eight games with the Phantoms this season. Last year, he split his time equally between the Reading Royals of the ECHL and the Phantoms. He scored 6-6-12 in 24 games with Reading and also scored 7-3-10 in 23 games with Lehigh Valley.

The Phantoms return to PPL Center this Saturday taking on the Binghamton Devils. Tickets for our next exciting Phantoms home game are available HERE.