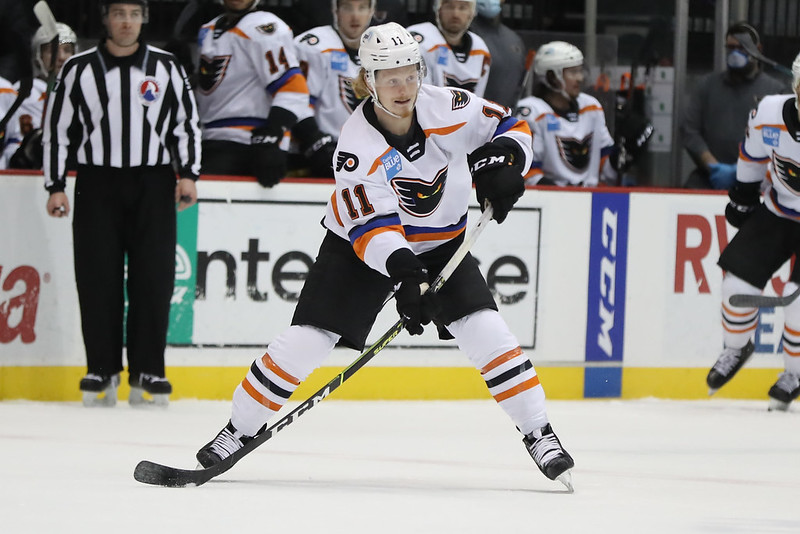 Two Young Forwards Have Thrived in Their Pro Debut Seasons

Lehigh Valley, PA – The Philadelphia Flyers have announced that they have recalled forwards Wade Allison and Tanner Laczynski from the Lehigh Valley Phantoms to the Flyers Taxi Squad.

Allison, 23, is a rookie right wing out of Western Michigan University who has been especially strong since joining the team in March following ankle surgery two months earlier. The powerful shooter blasted home goals in his first two pro games and has scored four goals with five assists for nine points in his eight games with the Phantoms. The Myrtle, Manitoba native was a second-round selection of the Flyers in the 2016 NHL Entry Draft.