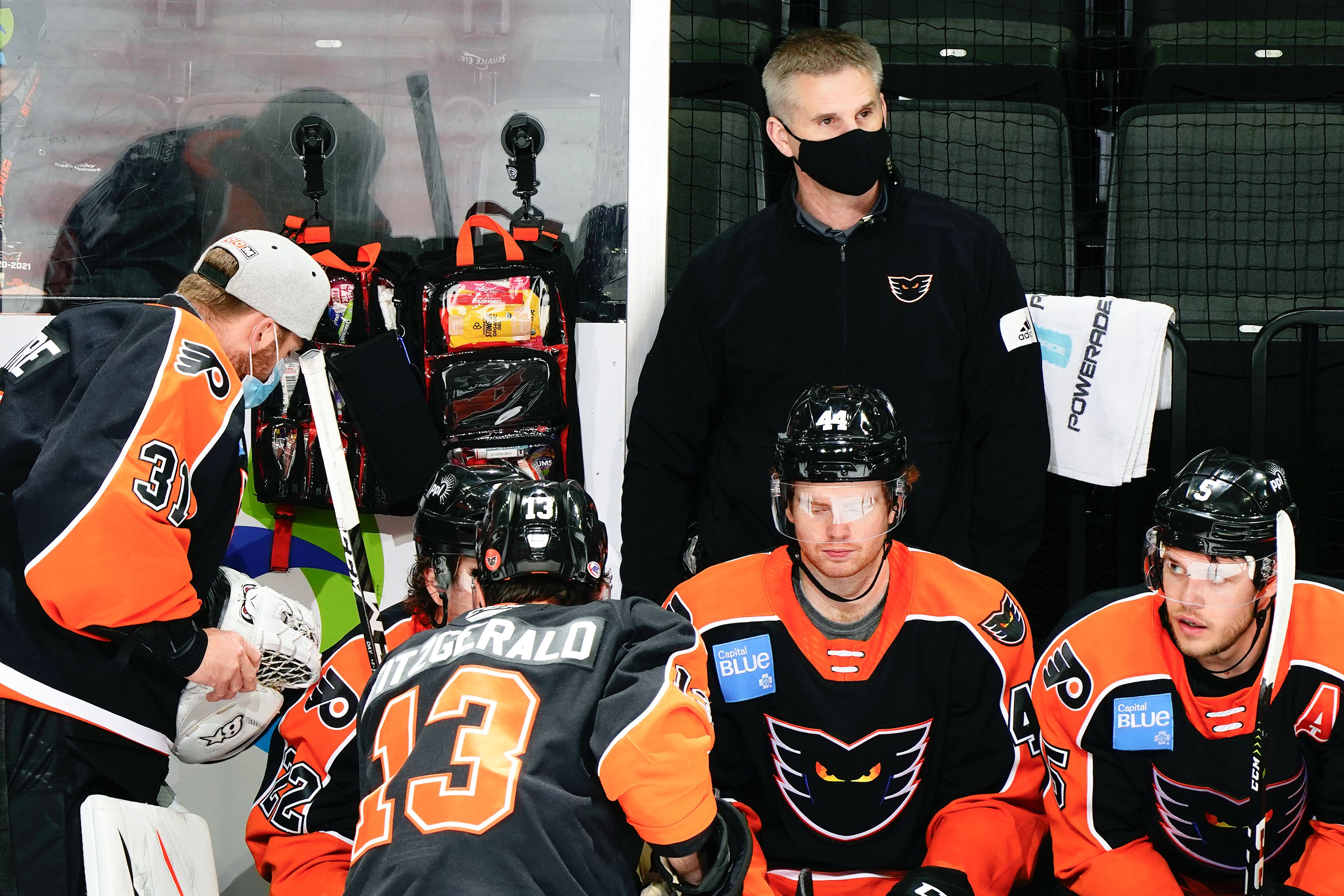 The American Hockey League announced today that, in recognition of their efforts during the pandemic, head athletic trainers from all 31 member clubs have been selected as the winners of the Yanick Dupre Memorial Award for 2020-21.

Brian Grogesky is the Phantoms’ recipient of the award. Grogesky is supported in his efforts with the Phantoms by Assistant Athletic Trainer A.J. Wirth and Strength and Conditioning Coach Dan Meinz as well as Lead Team Physician Neil Mathews.

Presented annually since 1998, this award traditionally acknowledges a player as the IOA/American Specialty AHL Man of the Year for his outstanding contributions to his local community; in 2020-21, the league is pleased to recognize the athletic training staffs from all 31 organizations.

In addition to their day-to-day responsibilities of looking after the general health of their players – including the prevention, treatment and rehabilitation of injuries – these athletic trainers and therapists took on the additional duties of testing, monitoring and administering the AHL’s COVID-19 health and safety protocols, allowing the league to operate in a safe and effective manner during the pandemic.

Grogesky received a Bachelor’s degree in Exercise Science from Pennsylvania State University and his Master’s degree in Sports Medicine from West Virginia University.

This year’s winners of the Yanick Dupre Memorial Award are:

The AHL’s annual Man of the Year award is named after the late Yanick Dupre, who passed away in 1997 at the age of 24 following a 16-month battle with leukemia. A second-round draft pick of the Philadelphia Flyers in 1991, Dupre played four seasons in the AHL with the Hershey Bears and was an AHL All-Star in 1995.