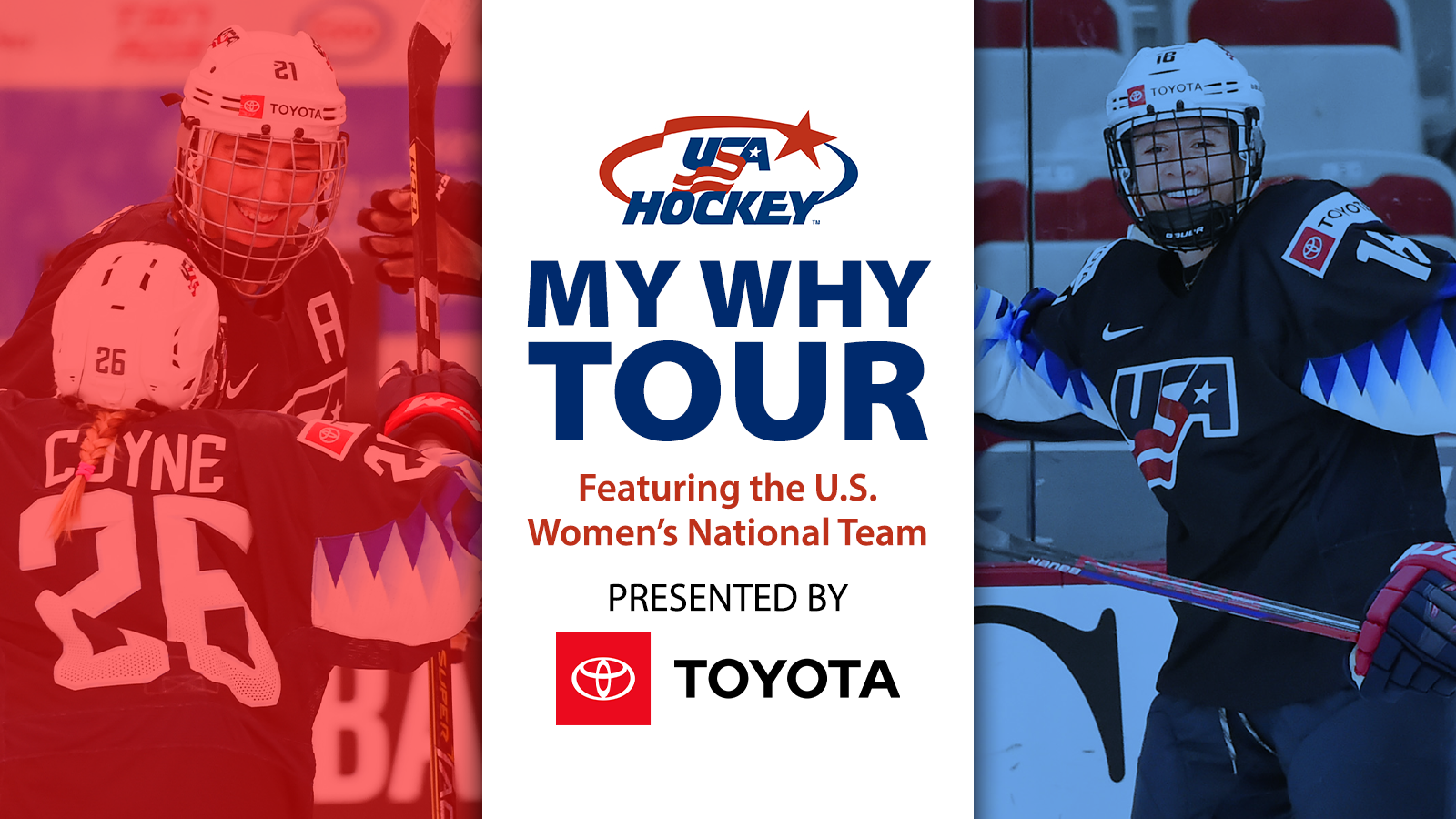 PPL Center Hosts Team USA VS Team Canada in First Game of My Why Tour, Presented by Toyota

Featuring the U.S. Women’s National Team, the game is a tune up for the 2022 Olympic Winter Games in Beijing, China

COLORADO SPRINGS, Colo. – The My Why Tour, presented by Toyota and featuring the U.S. Women’s National Hockey Team, will open with a game against rival Canada on Oct. 22 at the PPL Center in Allentown, Pennsylvania, it was announced today by USA Hockey.

The My Why Tour is part of the preparations for the 2022 Olympic Winter Games in Beijing, China. Additional games part of the Tour will be announced in the weeks ahead.

Tickets for the Oct. 22 game go on sale to the general public next Friday (Sept. 3) at 10AM ET at www.pplcenter.com

“We’re excited about the My Why Tour as we head toward the Winter Olympics in February,” said Pat Kelleher, executive director of USA Hockey. “It’s great to have the support of Toyota as presenting sponsor of the Tour and I know fans will enjoy watching our team play as they get set for Beijing.”

“This is an extremely exciting way to kick off the hockey season here at PPL Center and create a memorable weekend long celebration with the My Why Tour on October 22 and the Lehigh Valley Phantoms Home Opening weekend on Oct 23 and Oct 24, said Rob Brooks, Owner of the Lehigh Valley Phantoms.  This is a great way for the Phantoms and PPL Center to help grow the sport of hockey and specifically the women’s game.”

Team USA will head to the 2022 Olympic Winter Games as the defending Olympic gold medalist.

For the most current information on the Tour throughout the season, visit MyWhyTour.com.

NOTES: The 2021-22 U.S. Women’s National Team is currently competing at the 2021 IIHF Women’s World Championship in Calgary, Alberta, and will play in the tournament quarterfinals tomorrow at 3:30 p.m. ET live NHL Network. For the schedule and full coverage, click here … The U.S. Women’s National Team will utilize the Super Rink in Blaine, Minnesota, as its home base in preparation for the 2022 Olympic Winter Games with its residency program kicking off in early October.

About PPL Center
PPL Center (pplcenter.com), nominated by Pollstar as Best New Major Concert Venue, is a state-of-the-art multipurpose venue in downtown Allentown, PA. The arena seats more than 10,000 for concerts and more than 8,500 for Lehigh Valley Phantoms professional hockey games, making it the region’s largest events venue. The amenities-packed PPL Center will host more than 150 events each year, offering something for everyone, including the Phantoms, the AHL affiliate of the NHL Philadelphia Flyers, live concerts, family shows, trade shows, figure skating events, youth sports, high school and collegiate events, Disney on Ice, conferences, graduations and many more events. PPL Center is currently the main catalyst to the revitalization and growth of downtown Allentown. Spectra by Comcast Spectacor provides the Venue Management, Food Services & Hospitality, and Corporate Partnerships at PPL Center.