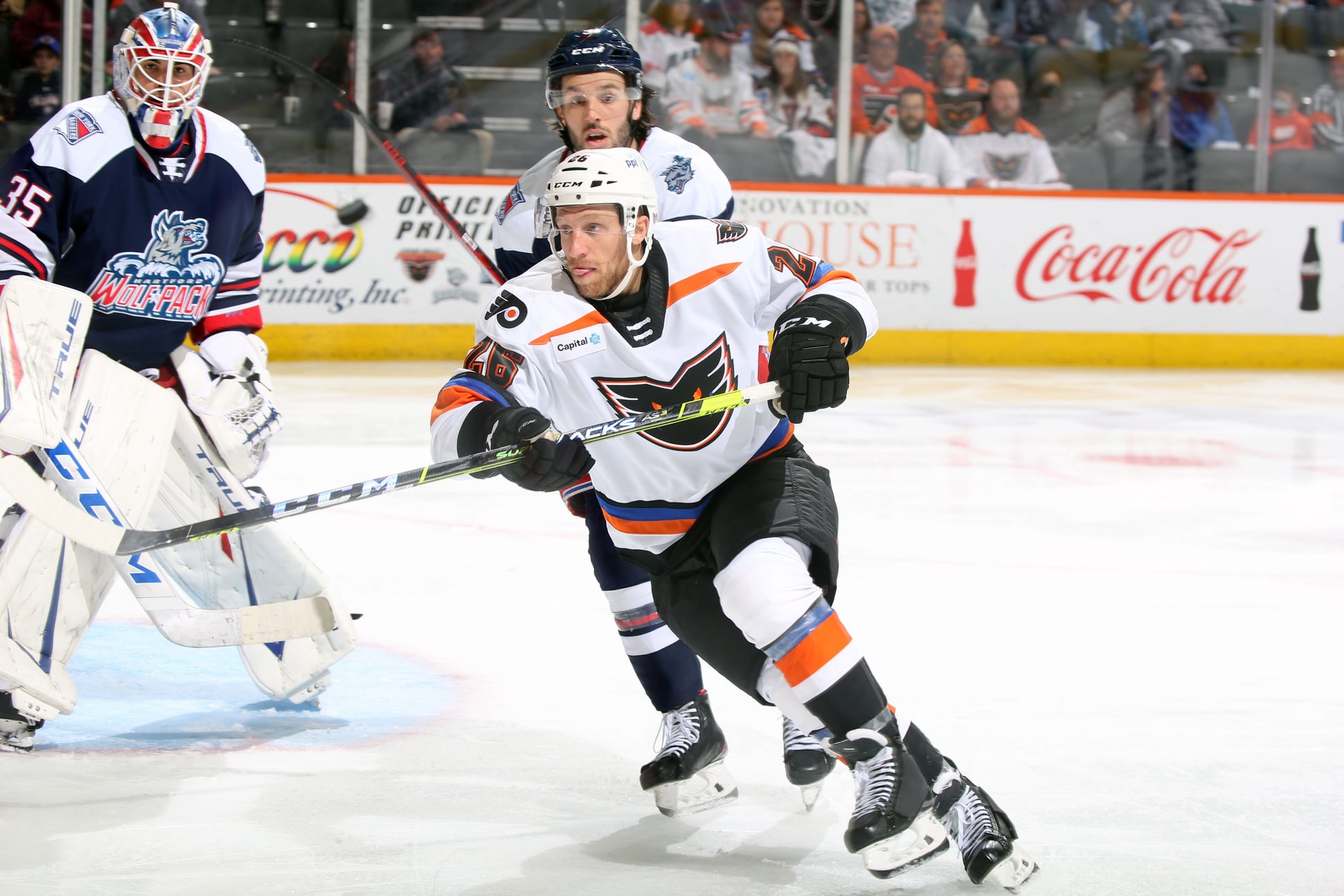 Cates, Mayhew, Sandstrom Get The Call

Lehigh Valley, PA – The Philadelphia Flyers have announced the recalls of three players from the Lehigh Valley Phantoms to the team’s Taxi Squad according to Flyers President of Hockey Operations and General Manager Chuck Fletcher.

Cates, 24, is an undrafted free agent acquisition of the Flyers out of Minnesota-Duluth. He has played in 20 games with the Phantoms this season scoring two goals with four assists. He also has played in two games with Philadelphia including his first career NHL goal on December 16 at Montreal.

Mayhew, 28, leads the Phantoms with nine goals and 16 points. The Ferris State University product was recalled by the Flyers on December 21 but was returned to the Phantoms that afternoon following the postponement of Philadelphia’s game that evening. Mayhew has played in 17 career NHL games with the Minnesota Wild including four games last year. He was the AHL Most Valuable Player (Les Cunningham Award) in 2019-20 when he led the AHL with 39 goals while playing for the Iowa Wild.