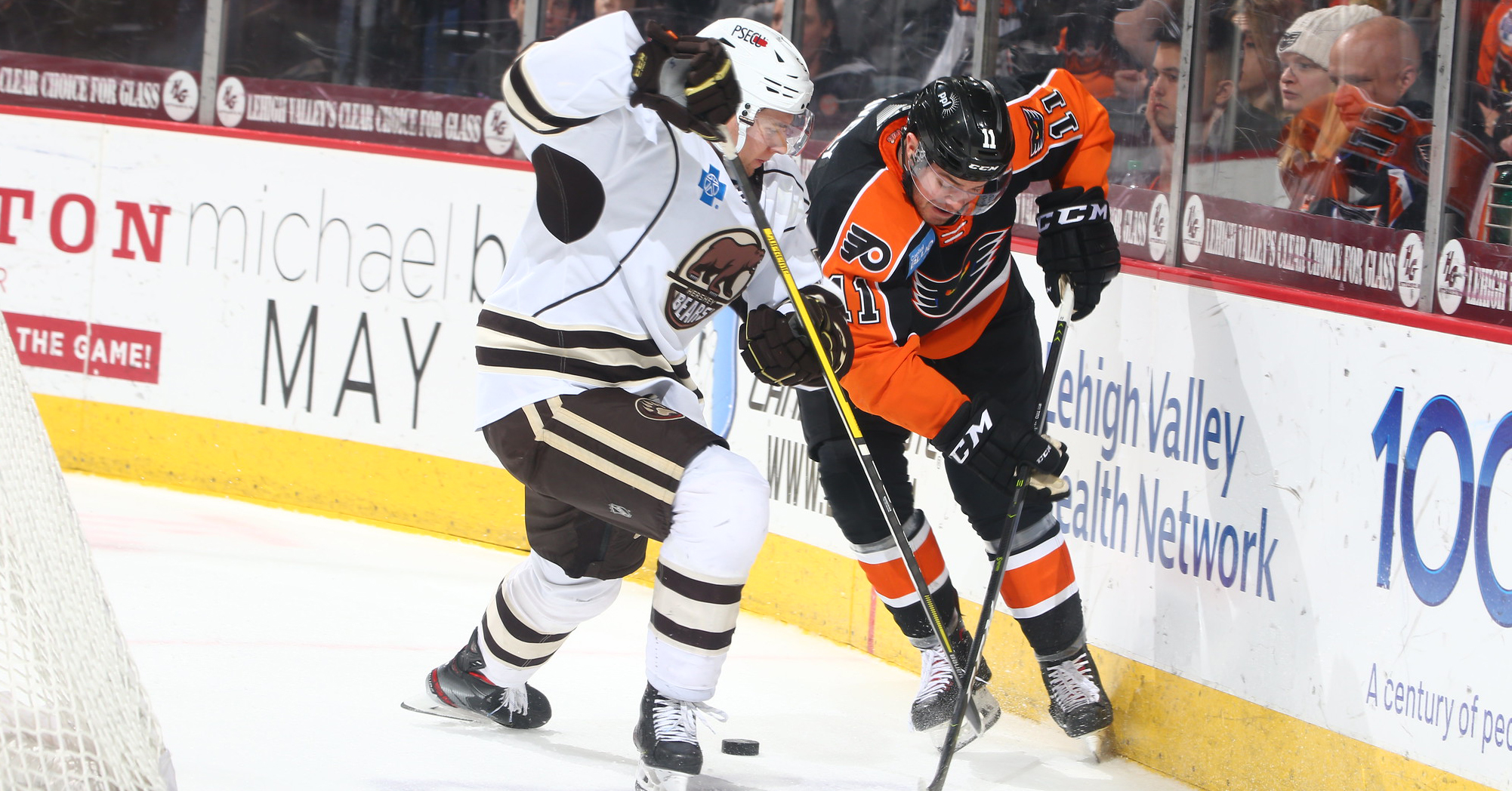 Lehigh Valley, Pa. – The Lehigh Valley Phantoms (21-22-1-5) were looking to complete the sweep of their three-in-three weekend with a win over the Hershey Bears (30-15-2-3), but were able to do so, falling 5-2 in Sunday’s contest at the PPL Center. Steven Swaely scored just three hours after his recall  from the ECHL and Isaac Ratcliffe tallied his fifth of the season.

Hershey jumped out to an early 1-0 lead just over a minute into the game. Matt Moulson wristed the puck in after fielding a pass from Phiippe Maillet, capitalizing off of a Lehigh Valley turnover in the defensive zone.

The Bears quickly struck again at the 3:01 mark in the first period, as Garrett Pilon scored on the power play to make it 2-0. The Bears power play unit was able to move the puck with some tic-tac-toe passing as Djoos and Maillet were able to create space for the Pilon one-timer. 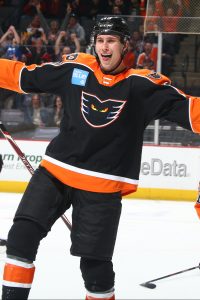 The Phantoms cut into Hershey’s lead at the 2:56 mark in the second period with a goal from the Reading native, Steven Swavely. Mikhail Vorobyev tracked down a loose puck in the corner, and passed it out to Swavely, who poked it in while skating in front on Hershey goalie Vitek Vanecek. Swavely picked up his first AHL goal of the season after he was called up to Lehigh Valley just hours before the game. Today was his 13th AHL game this season and first since December 29.

Lehigh Valley tied up the game on a beautiful play from Isaac Ratcliffe, who scored his second goal in as many nights at the 16:46 mark in the second period. Ratcliffe picked the pocket of Bobby Nardella in the right circle, and beat Vanecek short side for an unassisted goal and his fifth tally of the season.

Hershey regained the lead at the 9:11 mark in the third period, as Matt Moulson scored his second goal of the game off of a deflected shot. The Bears would remain in front for the rest of the game.

Brandon Leason extended Hershey’s lead at the 14:07 mark, and Brian Pinho tacked on an empty-netter to make it 5-2. The loss ends Lehigh Valley’s six-game home winning streak, which dated back to January 11.

NEXT TIME OUT: The Phantoms return to action against the Bridgeport Sound Tigers on Friday, February 14, at 7:05 p.m. as they host You Can Play Night. Lehigh Valley is 1-1 against Bridgeport this season. The teams split a weekend series in Bridgeport in November. This will be their first matchup in Lehigh Valley this season.