Lehigh Valley, PA – Rookie right wing Wade Allison has been selected as the PSECU Player of the Week for the Lehigh Valley Phantoms. The Flyers’ second-round selection in 2016 out of Western Michigan University made his pro debut on Sunday at Hershey and scored a goal in his first game on a snappy wrister from the top of the left circle. 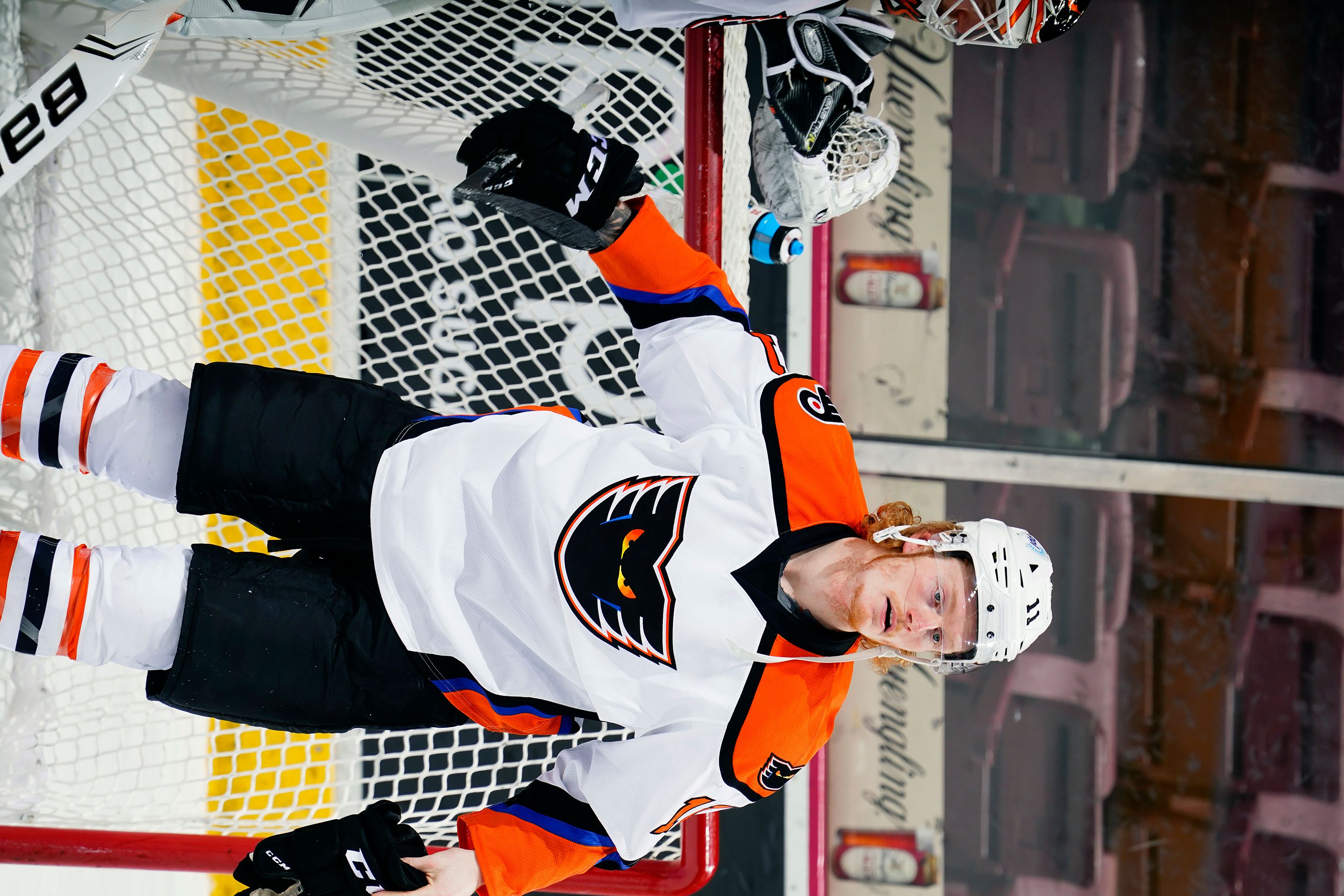 Allison had not played a game in over a calendar year since the cancellation of his senior season in college hockey the previous March. And his first pro game was delayed longer than expected after he required ankle surgery in January shortly following the commencement of Flyers’ training camp in Voorhees.

Allison averaged almost a point-per-game during his four seasons at WMU with the Broncos racking up 97 points in 106 games. As a sophomore in 2017-18 he racked up 15 goals and 15 assists in just 22 games before his second was curtailed due to a knee injury. Despite his shortened campaign, the Carman, Manitoba product was named honorable mention to the NCHC All-Star team that season.