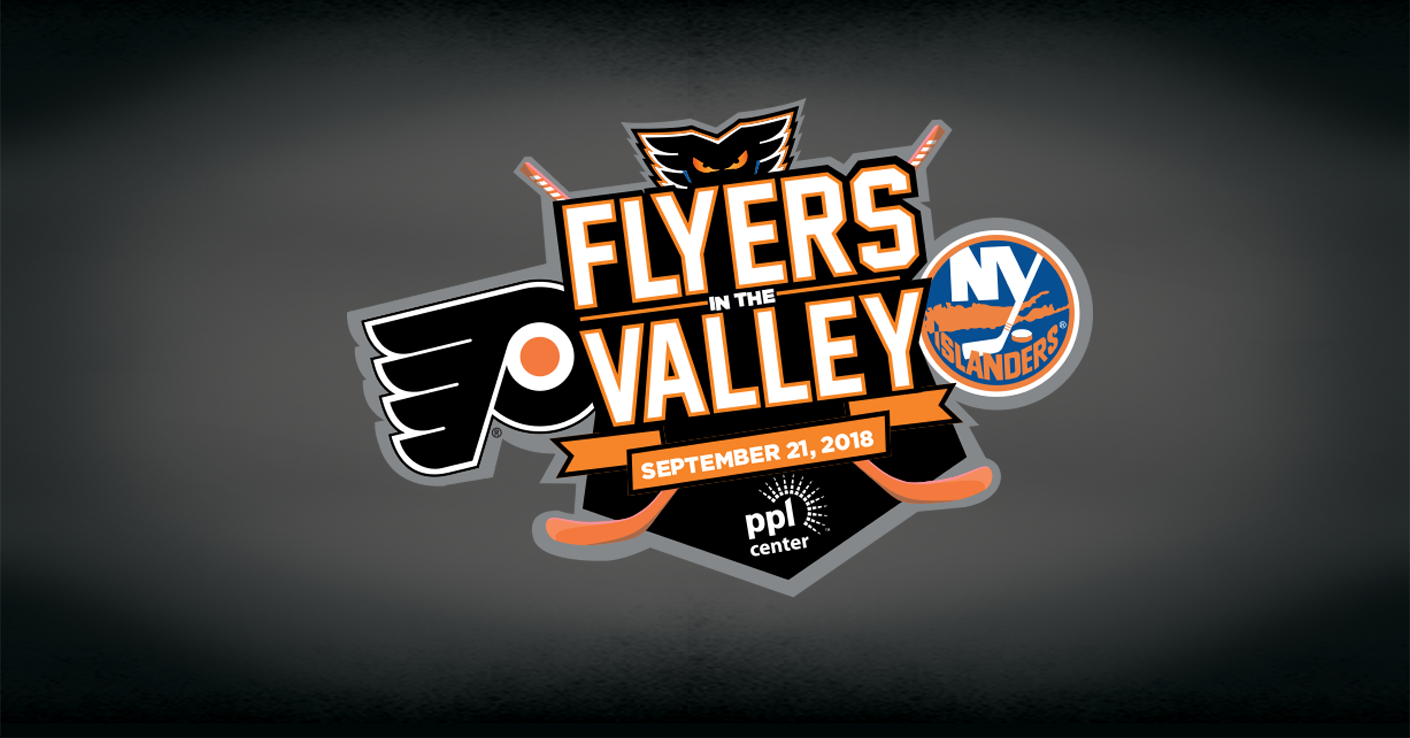 New, family-friendly pricing options available for This Season’s Flyers in the Valley

Lehigh Valley, Pa. — The Lehigh Valley Phantoms, proud AHL affiliate of the Philadelphia Flyers, are pleased to announce that PPL Center will host a Flyers preseason game against the New York Islanders in downtown Allentown on Friday, September 21 at 7:05 p.m.

This marks the fourth straight year in which PPL Center has hosted a Flyers preseason game with Philadelphia having posted a perfect 3-0 mark in three previous showings in downtown Allentown.

In an effort to welcome more families in the Lehigh Valley, new family pricing options will be available in certain sections at the PPL Center.

Starting at just $18 for group tickets and $22.50 for single game buyers, tickets for the Flyers preseason showdown will go on sale to the general public beginning this Thursday, June 7 at 10:00 a.m.