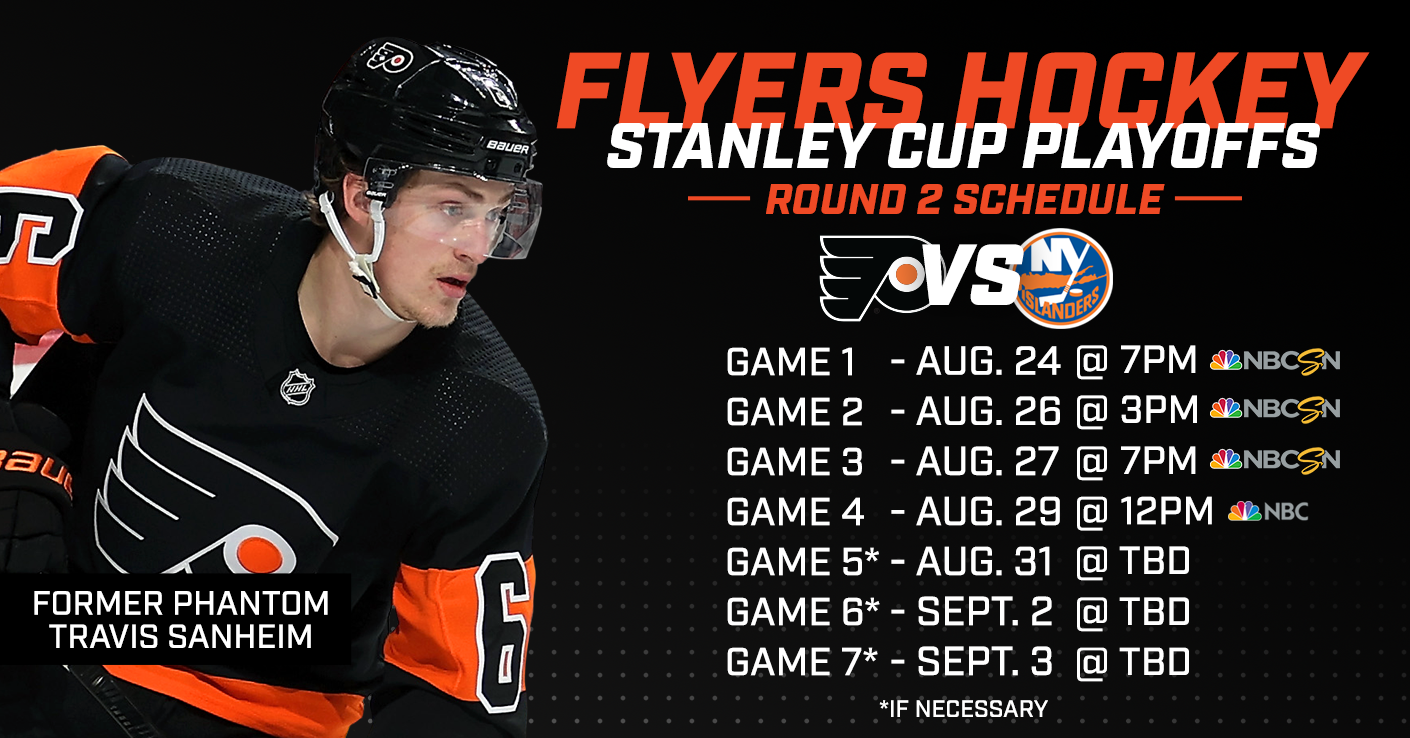 Tonight, the Philadelphia Flyers will continue their quest for another Stanley Cup with a best-of-seven series against the New York Islanders beginning at 7 p.m. on the ice inside Scotia Bank Arena in Toronto.

After claiming the top seed in the Eastern Conference and defeating the Montreal Canadiens in six games during the first round, the Flyers will transition into a matchup with the sixth seeded Islanders.  Don’t miss your chance to see former Phantoms players like Carter Hart, Philippe Myers, Travis Sanheim, Scott Laughton, Nic Aube-Kubel and more, as they help the Flyers push for hockey’s ultimate prize.