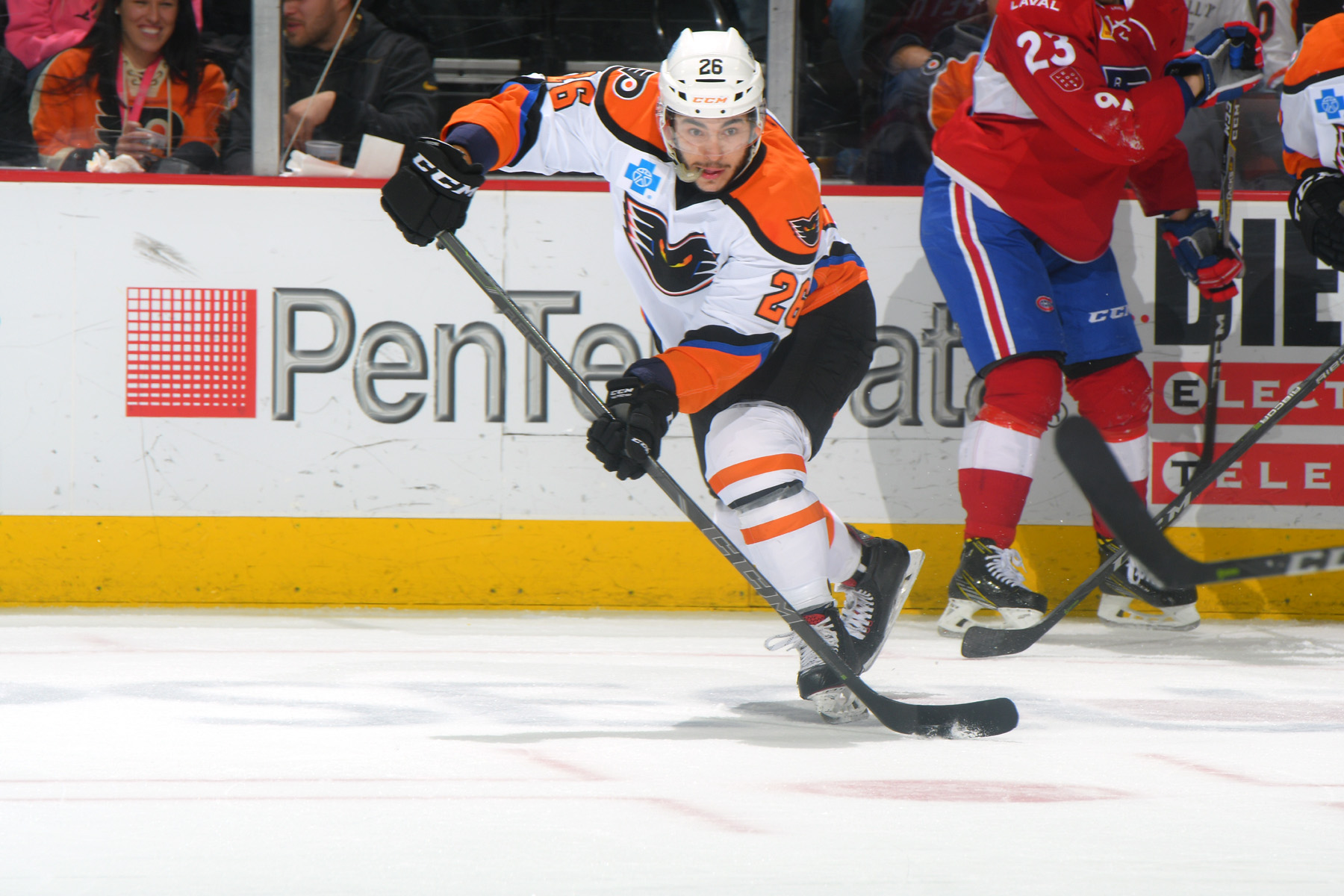 Lehigh Valley, Pa. – The Lehigh Valley Phantoms, proud AHL affiliate of the Philadelphia Flyers, in conjunction with the American Hockey League, are pleased to announce that forward Phil Varone has been named to the AHL’s First All-Star Team while defenseman T.J. Brennan has been named to the league’s Second All-Star Team, as voted by AHL coaches, players and media in each of the league’s 30 member cities. 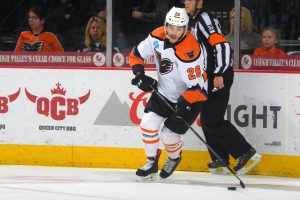 A 27-year-old center from Vaughan, Ontario, Varone currently leads all Phantoms and is tied for the league lead in total scoring with 67 points (21 goals, 46 assists). He’s already established new career highs in goals (21), assists (46) and total points (67) and enters the weekend having notched 14 multi-point games this season.

He tallied his first career hat trick as part of an impressive four-point night (3 goals, assist) on February 21 in a 6-4 victory at the Utica Comets and netted his 100th career conversion on January 12th in a showdown with the Springfield Thunderbirds at PPL Center. All told, he’s recorded at least one point in 46 of 71 total games this season. 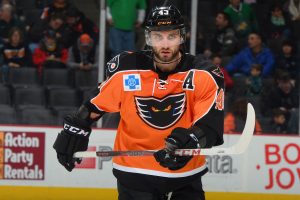 A 29-year-old blueliner from Moorestown, New Jersey, Brennan currently leads all Phantoms blueliners and ranks fifth among all AHL defenders in scoring with 43 total points (13 goals, 30 assists). Lehigh Valley’s leading scorer a season ago, he enters the weekend fourth among all Phantoms in total scoring.

This marks the fourth selection as a postseason AHL All-Star for Brennan after First Team nods in 2014, 2016 and 2017.

The Phantoms then return to PPL Center for their final home games of the regular season on Friday, April 13 against the Bridgeport Sound Tigers and Saturday, April 14 against the Wilkes-Barre/Scranton Penguins. Tickets for the final Phantoms home engagements before the exciting Calder Cup Playoffs are available HERE.