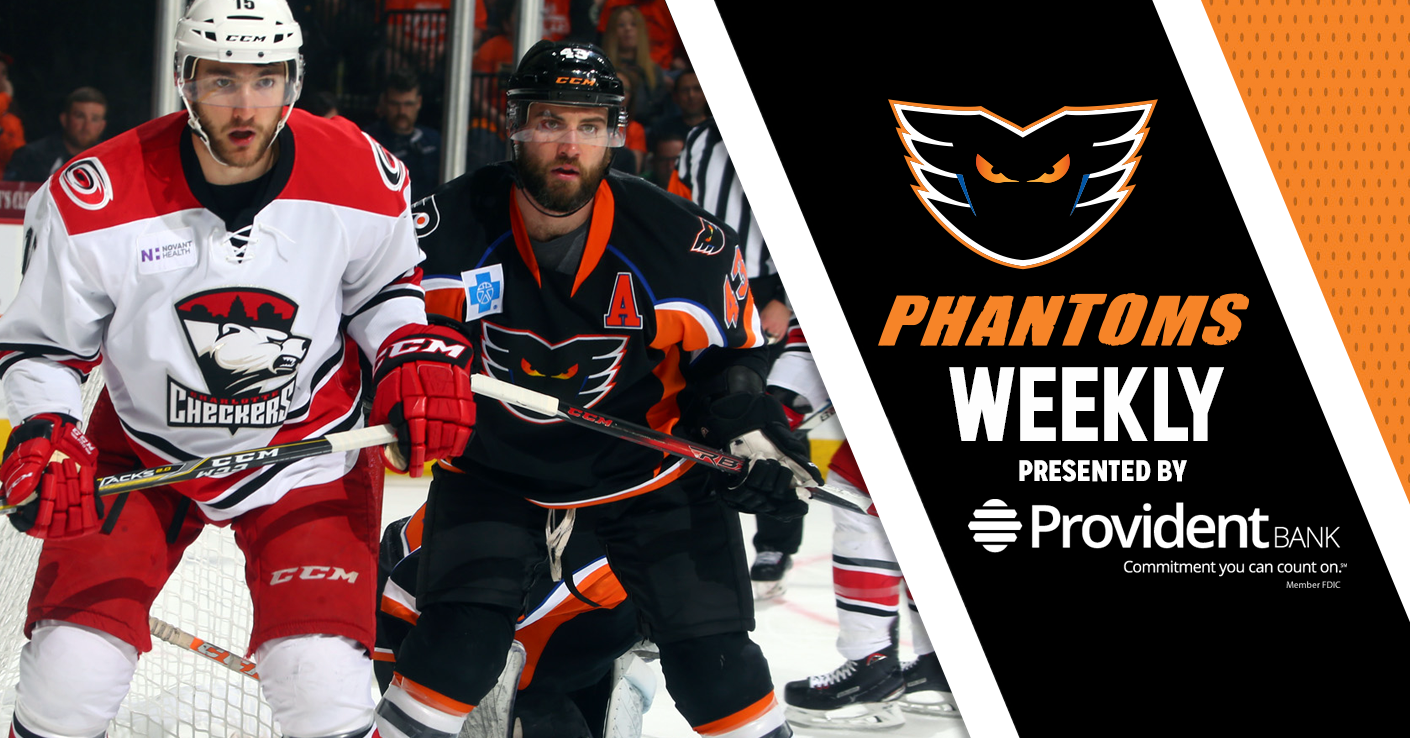 Atlantic Division Champions for the 2017-18 season, the Lehigh Valley Phantoms (47-19-5-5, 104 pts., 0.684 pts., pct.) continue their quest for the 2018 Calder Cup Championship this week as their Atlantic Division Finals series with the Charlotte Checkers shifts to Bojangles’ Coliseum in Charlotte for three games. As the top seed in the Atlantic Division portion of the 2018 Calder Cup Playoffs, the Phantoms hosted the opening two games of the best-of-seven series this past weekend and earned a split in the two highly-anticipated showdowns at PPL Center. 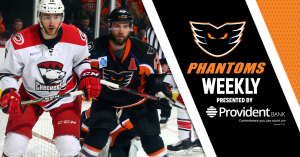 Lehigh Valley opened the series Friday evening by claiming its third straight home playoff victory and 10th consecutive triumph at PPL Center with a 2-1 win over the Checkers. Third-seeded Charlotte responded just 24 hours later with a 6-0 win in downtown Allentown evening the best-of-seven series at one game apiece.

If needed, the best-of-seven series will then return to PPL Center for Game 6 on Monday, May 14 and decisive Game 7 on Tuesday, May 15. Tickets for both potential games in downtown Allentown are available now by clicking HERE. 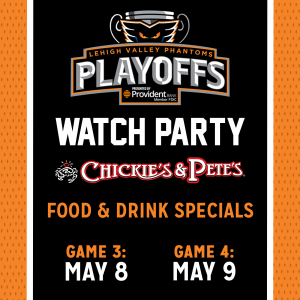 The Phantoms advanced to the second round of the Calder Cup Playoffs for the first time since arriving in Lehigh Valley thanks to a first-round victory over the Providence Bruins. After splitting the first two games at Dunkin Donuts Center in Providence in mid-April, the Phantoms won tilts in downtown Allentown on April 27 and 28 in claiming the best-of-five series three games to one. Meanwhile, third-seeded Charlotte advanced to the Atlantic Division Finals after a three-game sweep of the second-seeded Wilkes-Barre/Scranton Penguins in the opening round.

The Atlantic Division Finals pits the two highest-scoring offenses in the American Hockey League against one another. The Checkers paced all 30 AHL clubs during the regular season averaging 3.45 goals per game while the Phantoms were second at 3.42 goals per outing. 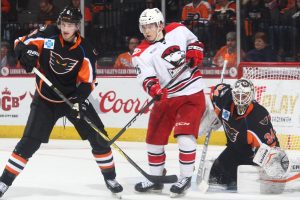 Greg Carey (3rd) scored with less than two minutes left in regulation as the Lehigh Valley Phantoms earned a come-from-behind 2-1 victory over the Charlotte Checkers in front of 5,549 fans inside PPL Center in claiming Game 1 of the Atlantic Division Finals. Alex Krushelnyski (1st) netted Lehigh Valley’s other conversion in front of goaltender Alex Lyon who turned in a stellar performance between the pipes answering 29 of Charlotte’s 30 total shots.

The victory gave the Phantoms a 1-0 lead in the best-of-seven series and extended Lehigh Valley’s home winning streak to 10 consecutive games. 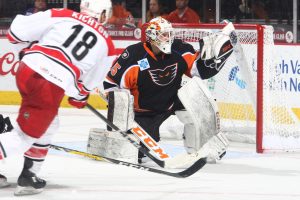 Janne Kuokkanen (2nd, 3rd) scored twice and the Charlotte Checkers netted four power play goals in evening the Atlantic Division Finals at a game apiece with a 6-0 win in front of 6,335 fans inside PPL Center. Trevor Carrick, Andrew Miller and Andrew Poturalski each chipped in a pair of assists in front of goaltender Alex Nedeljkovic who authored a 26-save shutout in goal for the Checkers.