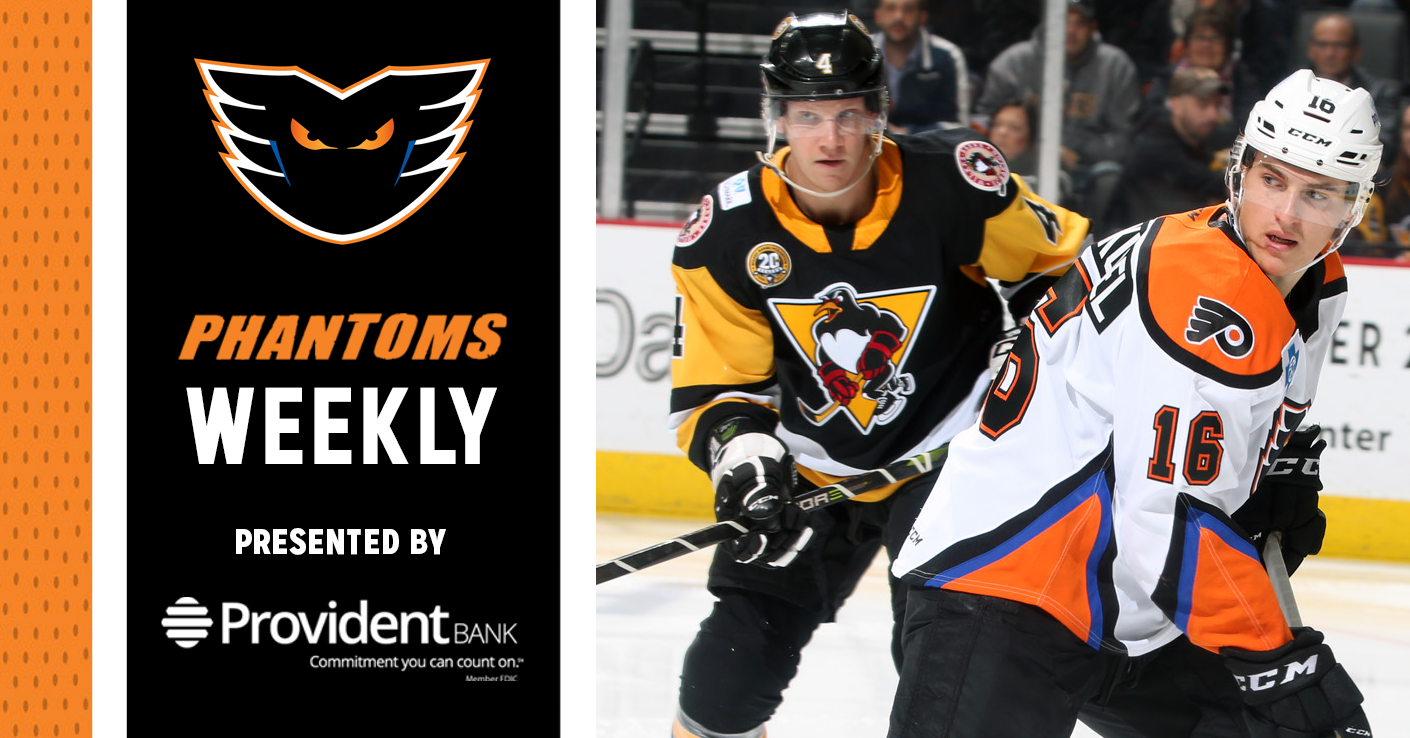 The Lehigh Valley Phantoms kicked off their week with a Wednesday night contest against the Cleveland Monsters.  The meeting would mark the first time the two teams would face each other on the ice inside of PPL Center.

After a scoreless first period, the Monsters broke through first with a goal just past the halfway mark of the second period and would later stretch their lead to 2-0 at the 4:19 mark of the final frame. The Phantoms answered back just 1:37 later when Nic Aube-Kubel deflected in a Philippe Myers shot from the slot area to bring Lehigh Valley within one, but Cleveland added another three unanswered markers to take a 5-1 victory.

Offense was at a premium this past Friday night when the Phantoms hosted the rival Hershey Bears inside of PPL Center.

Lehigh Valley potted the game’s only goal at the 16:51 mark of the first period when Connor Bunnaman netted a rebound in front of the Hershey net.  The goal marked Bunnaman’s third as a professional and would go on to be the eventual game winner.

For the remainder of the contest, goaltender Carter Hart stood tall making a total of 26 saves on 26 shots to earn the first shutout of his professional career.

On Saturday, the Phantoms rematched against the visiting Cleveland Monsters for the two team’s second meeting in just four days.

While Lehigh Valley found the back of the net first, when Connor Bunnaman netted the teddy-bear-toss goal just 4:06 into the first period, Cleveland battled back to tie the game heading into the locker room for the first intermission.

The Monsters stretched their lead to 3-1 before Colin McDonald’s second goal of the season would bring the Phantoms back within one midway through the third period.  Cleveland would again answer back, nearly five minutes later, capping off a 4-2 win as the Monsters swept both games against the Phantoms inside of PPL Center. 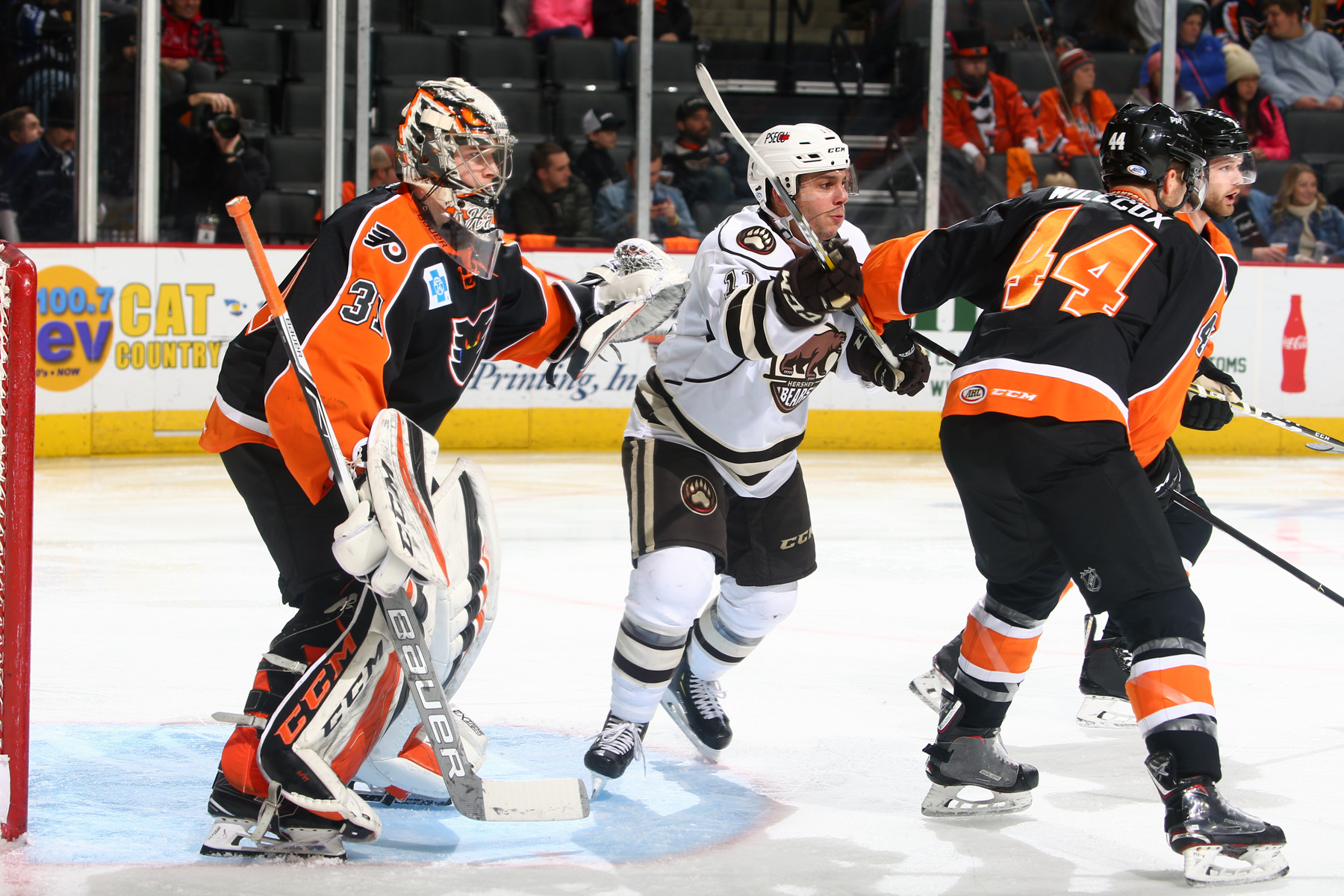 The Lehigh Valley Phantoms will conclude their current four-game home stand with a Friday night tilt against the Belleville Senators.

In their only other match up of the season, Lehigh Valley walked away with a 4-2 victory thanks to a pair of goals from Chris Conner and additional markers from Mike Vecchione and Taylor Leier.  Since that game, the Senators have gone 2-1-0 which included a 7-2 thrashing of the Laval Rocket on December 7.

Friday night’s game also features a Youth Winter Hat Giveaway, presented by PALCS, to the first 2,000 fans ages 14 and under in attendance! Limited tickets remain for the contest, so grab yours online by clicking HERE.

On Saturday night, the Phantoms will take a drive up the Pennsylvania Turnpike to take on the Wilkes-Barre/Scranton Penguins for the third time this season.

The season series between the two Atlantic Division rivals currently sits tied at 1-1 and, as of Tuesday, the Phantoms are holding onto the fourth spot in the division by just two points over Penguins.  Heading into the game on Saturday night, both teams will have a lot on the line in terms of standings. 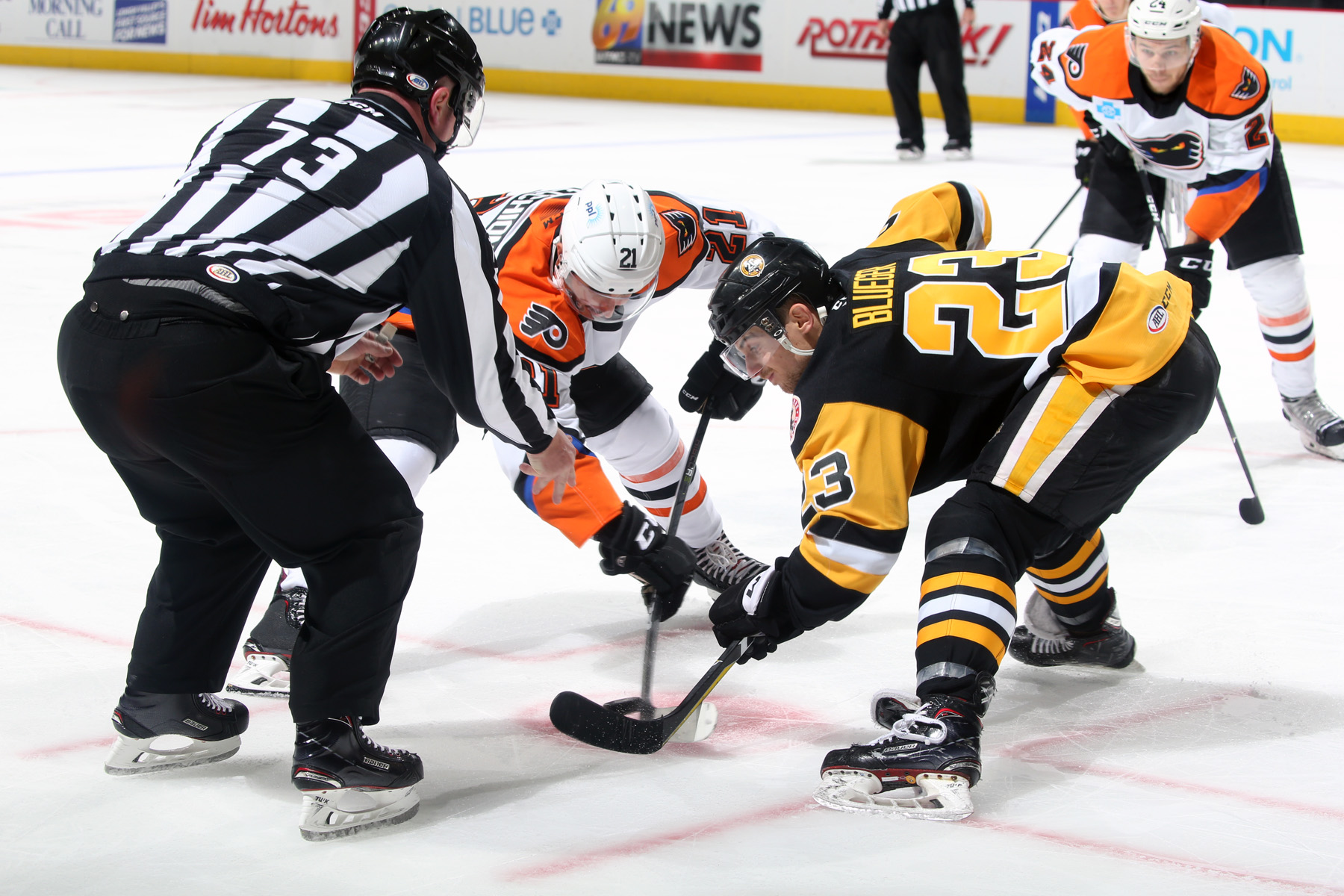 Lehigh Valley Phantoms goaltender Carter Hart secured the first shutout of his professional career this past Friday night against the Hershey Bears, turning aside all 26 shots he faced during the contest.  Over his WHL career, Hart recorded a total of 26 shutouts which is tied for the record for most shutouts by a goalie in the WHL.

Lehigh Valley captain Colin McDonald played in his 800th professional game on Wednesday night against the Cleveland Monsters.  In his now 12-year career, the Wethersfield, Connecticut, native has amassed 179 goals and 215 assists for a combined 394 total points.

Over his past three starts — against Hershey, Toronto and Laval — Lehigh Valley Phantoms goaltender Carter Hart carries a 3-0-0 record with a 1.34 goals-against average and .955 save percentage.