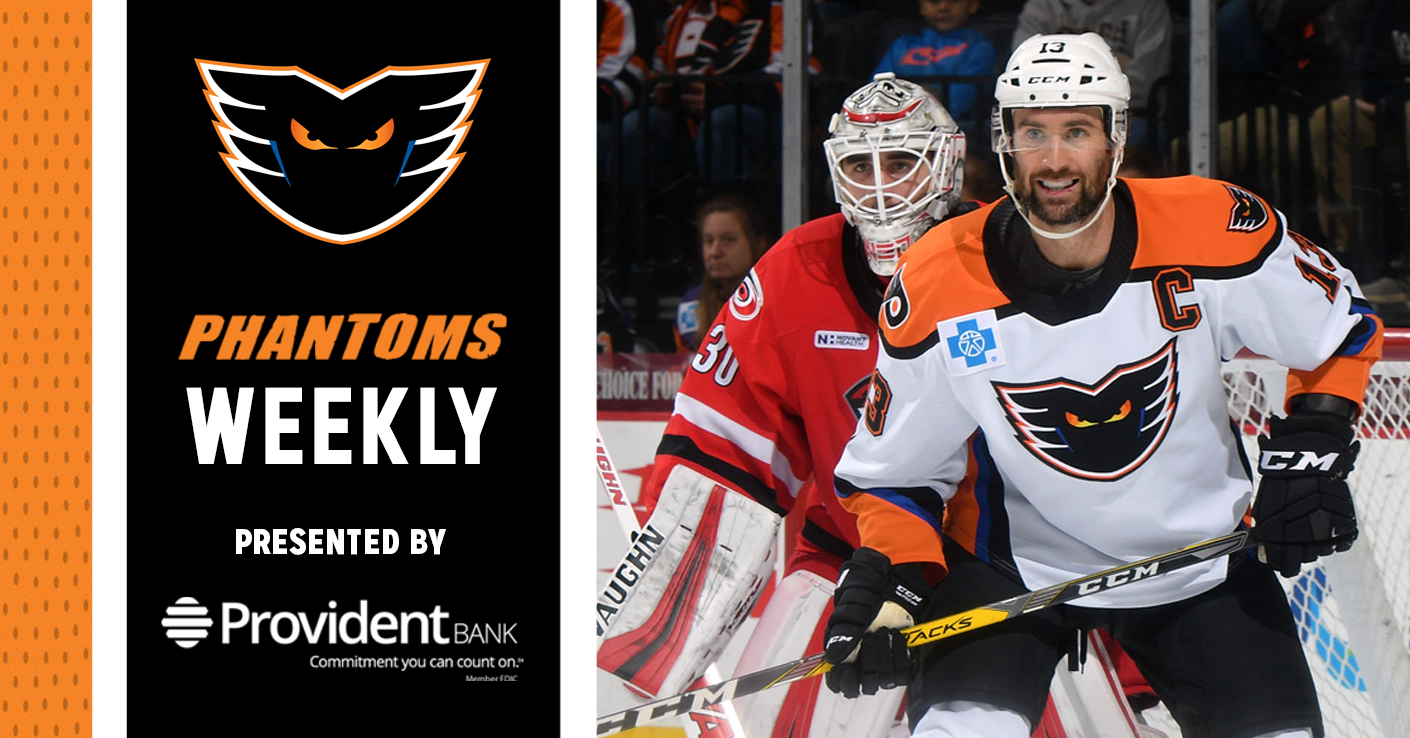 Phantoms Rematch Against Checkers at Home, Then Hit the Road This Weekend

The Lehigh Valley Phantoms welcomed the Springfield Thunderbirds back into PPL Center for the first time since a 7-0 loss on October 12 this past Friday.  This time, however, it would be the Phantoms on the positive side of the blowout victory, as they topped the T-Birds 8-2.

While Springfield managed to get on the board first and held a 1-0 lead after the opening frame, Greg Carey tied the game back up with a power-play goal at the 2:11 mark of the second period when fellow forward Chris Conner hit him with a pass on the backdoor that he chipped past goaltender Michael Hutchinson.  The Phantoms went on to tally five second-period goals — for the first time ever in Lehigh Valley history — to take a 5-2 lead into the locker room ahead of the third period.

Three more goals in the final frame capped off the evening as the Phantoms netted eight goals for only the third time in the past three seasons.

On Saturday, Lehigh Valley hosted the first-place Charlotte Checkers for the first time of the 2018-19 season.

Despite Charlotte finding the back of the net first in Saturday’s match up, the Phantoms netted three first-period goals — thanks to Greg Carey, Zach Palmquist and Chris Conner — to head into the intermission with a 3-2 lead over the visiting Checkers.  Charlotte responded with three goals of their own in the second period and tacked on two more in the third to claim the win over Lehigh Valley.

Phantoms rookie forward David Kaše netted the team’s fourth goal of the night on Saturday and tallied an assist for his third multi-point game of the season, earning third-star honors in the process. 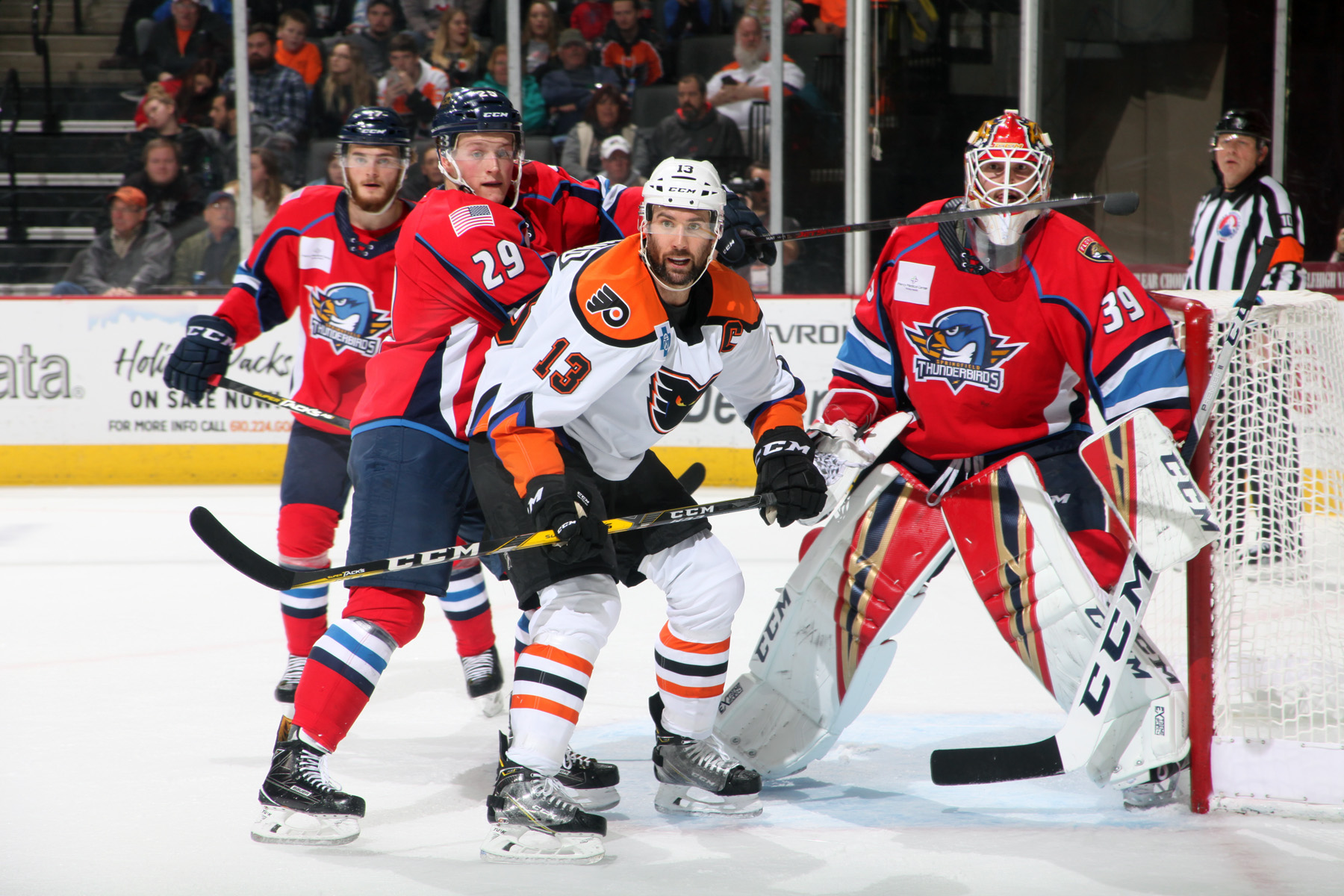 The Lehigh Valley Phantoms will rematch against the Charlotte Checkers Wednesday night inside of PPL Center.  Charlotte, who remains ranked first in the Atlantic Division with a record of 11-3-0-0, posted a 7-4 victory over the Phantoms this past Saturday night, but are coming off a loss to the Bridgeport Sound Tigers on Sunday afternoon by a score of 4-2.

Charlotte forward Valentin Zykov, who was assigned to the Checkers early Wednesday morning on a conditioning stint, could likely appear in the lineup on Wednesday night.  The 23-year old is the reigning goal-scoring leader of the AHL, as he netted 33 markers during the 2017-18 campaign.

On the Phantoms end of things, forward Greg Carey is currently leading the team with eight goals.  A season ago, Carey netted three goals and tallied three assists for six total points against the Checkers and ended up finishing third in the league for most goals scored with 31 .

Wednesday night is also the Phantoms annual Military Appreciation Night that will feature a salute to both active and retired servicemen and women.  VERY limited tickets remain for Wednesday night’s contest against the Checkers, so be sure to get yours by clicking HERE.

After completing their four-game home stand on Wednesday night against Charlotte, the Phantoms will take to the road and face off against the Providence Bruins on Friday.

A season ago, the Phantoms posted a 4-1-1-0 record against the Bruins, which included two shutouts.  Phantoms Captain Colin McDonald led the way for the black and orange, posting seven points (1G-6A) through six contests against Providence while reigning league MVP Phil Varone finished second, contributing three goals and two assists for five total points in those same six games.

Providence is coming off a three-in-three weekend that saw them defeat the Wilkes-Barre/Scranton Penguins twice, but drop a Saturday night contest to the Bridgeport Sound Tigers.  As of Tuesday, the Bruins are ranked eighth in the Atlantic Division with a 5-7-2-0 record.

On Saturday, Lehigh Valley will travel to Springfield to face the Thunderbirds in the two team’s fourth meeting of the season.  This will be the last time the two teams meet until January 6, 2019, when the Phantoms make their final trip of the regular season to MassMutual Center.

The Thunderbirds, who heading into last week had only taken a single regulation loss in their first ten games, are currently on a three-game losing streak.  After dropping a contest to the Bridgeport Sound Tigers on November 3, the T-Birds were blown out by the Phantoms 8-2 this past Friday and then were on the wrong side of a 3-2 decision against the Hershey Bears on Saturday.

Last weekend, Lehigh Valley managed to pot five second-period goals, which included three on breakaways, as they topped Springfield for the second time this season.  Currently sporting a 2-1 record against the Thunderbirds, the Phantoms score sheet also includes a 5-4 shootout victory from October 13. 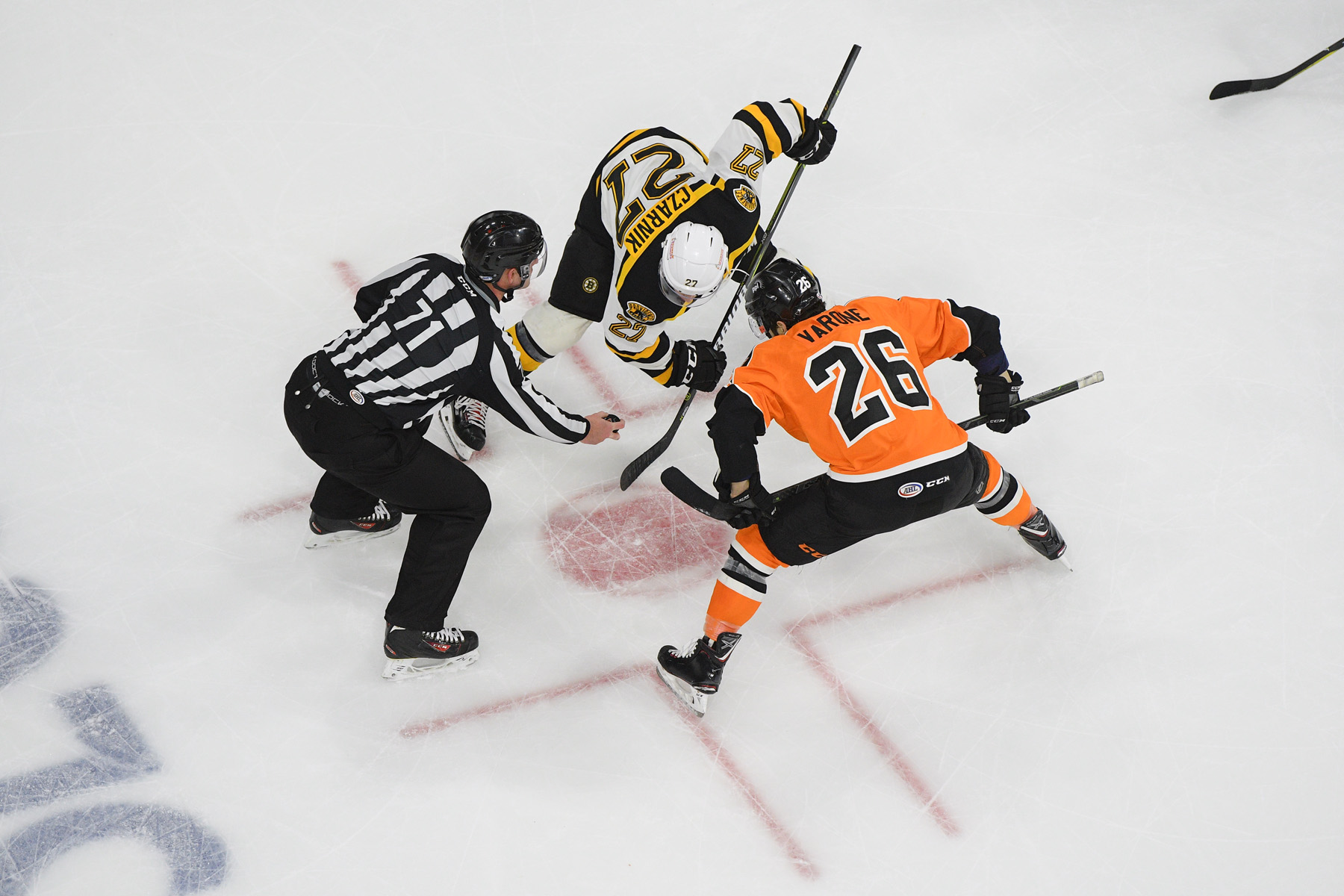 The Lehigh Valley Phantoms have now scored five or more goals in six of their 13 games this season.  The black and orange are currently tied for the second-highest number of goals scored this season with 55 as a team, producing at a rate of 4.23 goals per game.

Lehigh Valley forward Taylor Leier played in his 200th game at the American Hockey League level this past Friday night against Springfield.  Soon to join him will be fellow forward Cole Bardreau, who is currently sitting at 199 AHL games and should reach that milestone Wednesday night against the Charlotte Checkers.

Fifth-year professional Cole Bardreau scored his second shorthanded goal of the season this past Friday night against Springfield.  Those two markers lead both the team and have him tied for first in the league in that category.