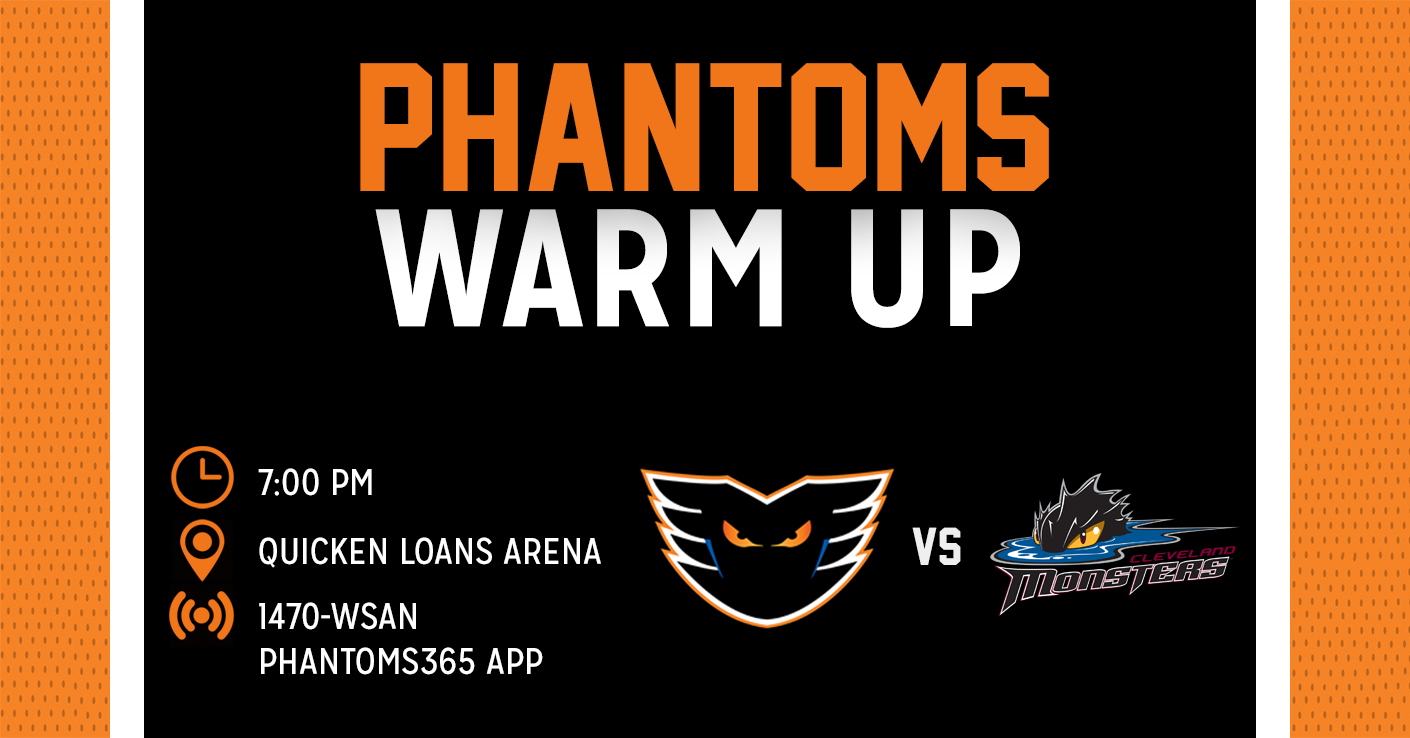 The Lehigh Valley Phantoms continue their five-game road trip when they take on the Cleveland Monsters on Friday, March 29, at 7:00 p.m.  Friday night’s match up will represent the third get-together between the two squads this season and their first at Quicken Loans Arena in Cleveland.  The Monsters have won both of the previous two bouts against the Phantoms this season, but Lehigh Valley is looking to get their revenge and build off a huge victory this past Wednesday night.

With both teams closing in on a playoff spot in their respective divisions, these two points are huge.

Lehigh Valley (33-27-4-3) enters Friday night’s matchup after defeating the Rochester Americans in overtime on Wednesday night.  The Orange and Black have won three of their last four games and have amassed seven points in that stretch.  They sit just six points back of the Providence Bruins, the fourth seed in the Atlantic Division, with a game-in-hand.  A win tonight could help the Phantoms continue their recent momentum in their playoff push.

Cleveland (33-26-7-1) is coming into the contest just two points back of the Belleville Senators, who currently occupy the fourth seed in the North Division, with two games-in-hand.  The Monsters, like the Phantoms, have been playing well of late and have won three consecutive games including a weekend sweep of the Phantoms’ divisional rival the Hershey Bears.  Center Zac Dalpe has been on fire of late for Cleveland.  The Paris, Ontario, native has scored a goal in four-straight games and has found the back of the net five times in his last six games.

Phantoms rookie forward Pascal Laberge had himself a career night in Rochester on Wednesday.  The Châteauguay, Quebec, native scored his first career hat trick to lead the Phantoms to the overtime victory and finished the night with a total of four points (3G-1A). 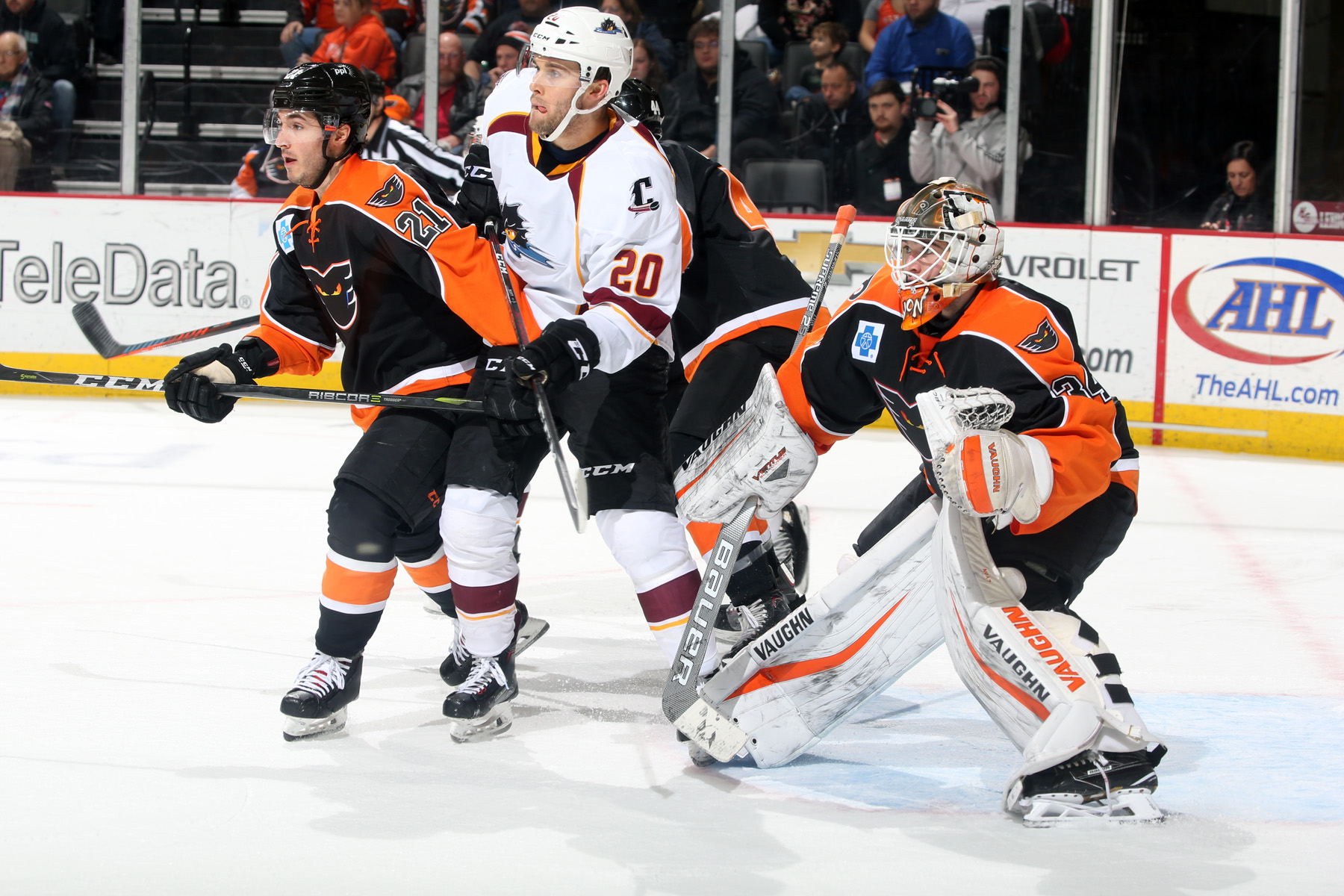 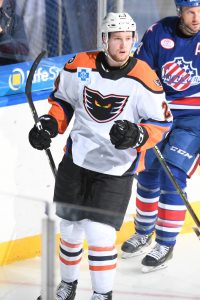 Pascal Laberge was phenomenal in Wednesday night’s tilt against the Rochester Americans.  The rookie’s first career hat trick, coupled with an additional assist in the game, now gives him a total of four goals and five points in nine games for the Orange and Black this season. 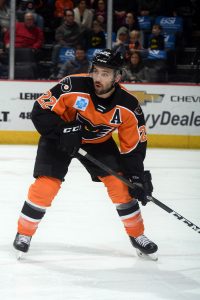 Chris Conner is heating up at the perfect time for the Phantoms.  In his now five-game scoring streak, Conner has amassed seven points (2G-5A) to bring his point total for the season to 46.  The savvy veteran will be counted on to have another big performance on Friday night in Cleveland.

The Lehigh Valley Phantoms will continue their current five-game road trip with a rematch against the Cleveland Monsters on Saturday, March 30, at 7:00 p.m. inside of Quicken Loans Arena.  Tune into the game on AHLTV or listen live via the Phantoms365 App!