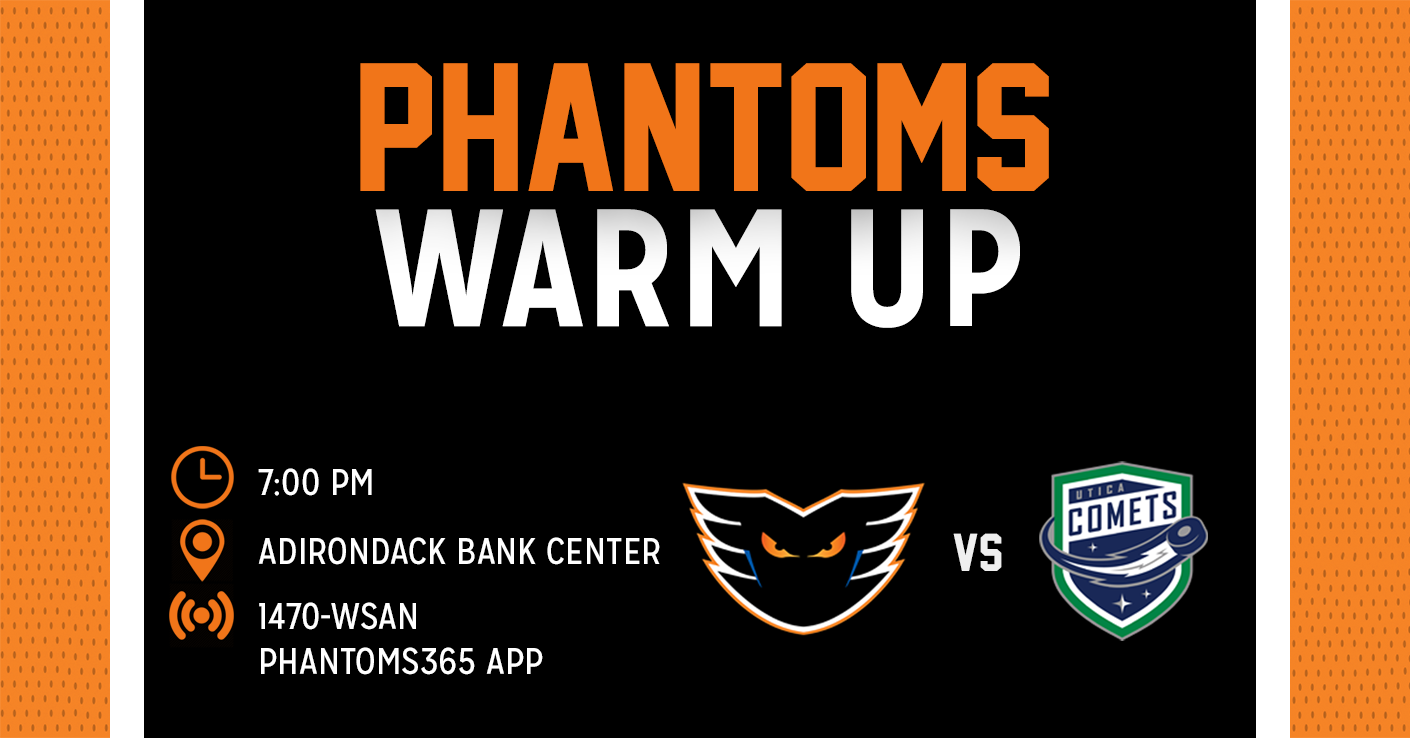 The Lehigh Valley Phantoms will hit the road to begin a three-in-three weekend with a Friday-night contest against the North Division’s Utica Comets at 7:00 p.m.  This will mark the first time the two teams have met during the 2018-19 season.

The Phantoms, who are currently ranked fourth in the Atlantic with a record of 25-17-3-2 (55 points), will go up against a Comets team that is similarly ranked, fourth in the North Division, with a record of 24-19-3-2 (53 points).  Utica is coming off of a split weekend that saw the team shutout by the Syracuse Crunch, 4-0, this past Friday and then narrowly edge the Springfield Thunderbirds, 4-3, on Saturday night. 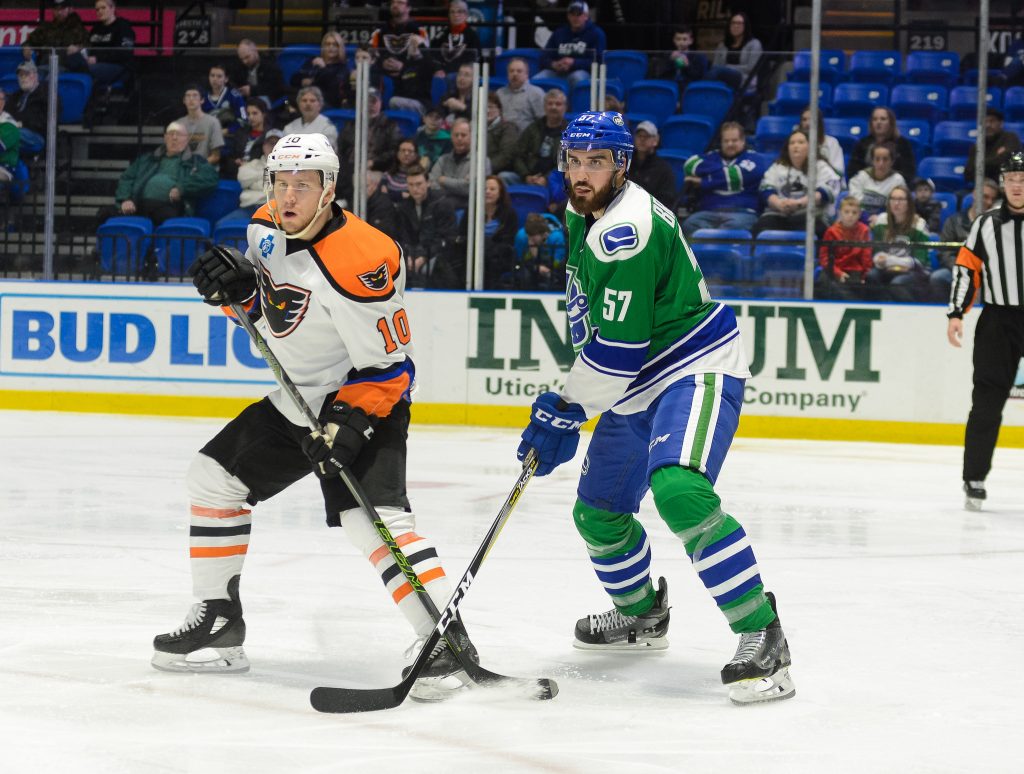 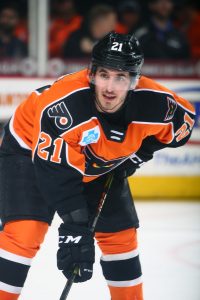 Mike Vecchione is coming off a weekend that saw him reach a new career-best.  In last Friday’s game against the Bridgeport Sound Tigers, Vecchione recorded a four-point (1G-3A) night — surpassing his previous best of three points (2G-1A) during the 2017-18 season — and in his past 10 games has netted three goals and tallied six assists for a total of nine points. 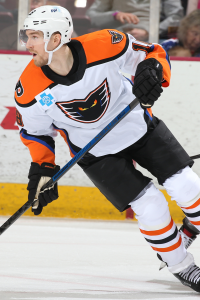 Dale Weise recorded a goal and an assist in last Friday’s game against the Bridgeport Sound Tigers and could potentially have had more on the weekend.  Weise, who was paired with Vecchione and Carsen Twarynski over the past weekend, now has a plus-three rating, since being loaned to the Phantoms on January 27, in just two games.

The Lehigh Valley Phantoms will return home to PPL Center in downtown Allentown to complete their three-in-three weekend with a pair of games against the Hartford Wolf Pack on Saturday, February 9, and Sunday, February 10.

Tickets for the contests are available online and can be purchased by clicking HERE.