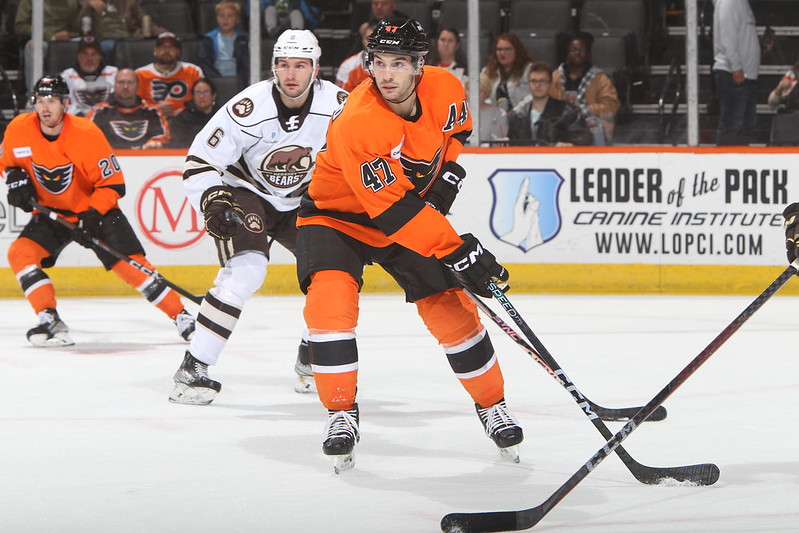 “Haunted on Hamilton” Games this Friday and Saturday

In a separate move, the Phantoms have recalled goaltender Pat Nagle from the Reading Royals of the ECHL.

Belpedio, 26, was recalled to the Philadelphia Flyers last week but played in no games. He made his Phantoms debut on October 15 a memorable one by scoring the winning overtime goal at the Wilkes-Barre/Scranton Penguins with just 1.4 seconds remaining. The former Laval Rocket and Iowa Wild has played in 236 career AHL games scoring 26-56-82. Originally a Minnesota Round 3 selection in 2014 out of Miami (Ohio), Belpedio has also played in four career NHL games recording two assists. His last NHL game was February 16, 2021 for the Minnesota Wild at Los Angeles Kings. 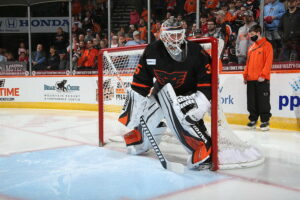 Nagle received a tremendous honor when he was selected to the USA Olympics Team that competed in Beijing, China in February.

The accomplished goaltender is third all-time in ECHL history with 202 career wins. For his career, Nagle has played in 62 AHL games, mostly with Lehigh Valley and Grand Rapids, going 26-24-8, 2.70, .905. In the ECHL, he has played in 347 contests recording an all-time record of 202-88-36 with a 2.58 goals-against average and .913 save percentage in a career that has included ECHL stints with Florida, Idaho, Fort Wayne, Toledo and Reading as well AHL stops in Syracuse, Rochester, Utica, Grand Rapids, and Lehigh Valley.

The Phantoms return to PPL Center this Friday and Saturday in their “Haunted on Hamilton” games. Wear your costumes! The games will include trick or treating, face painting, and a Saturday in-game costume parade on the ice with meLVin for the kids.