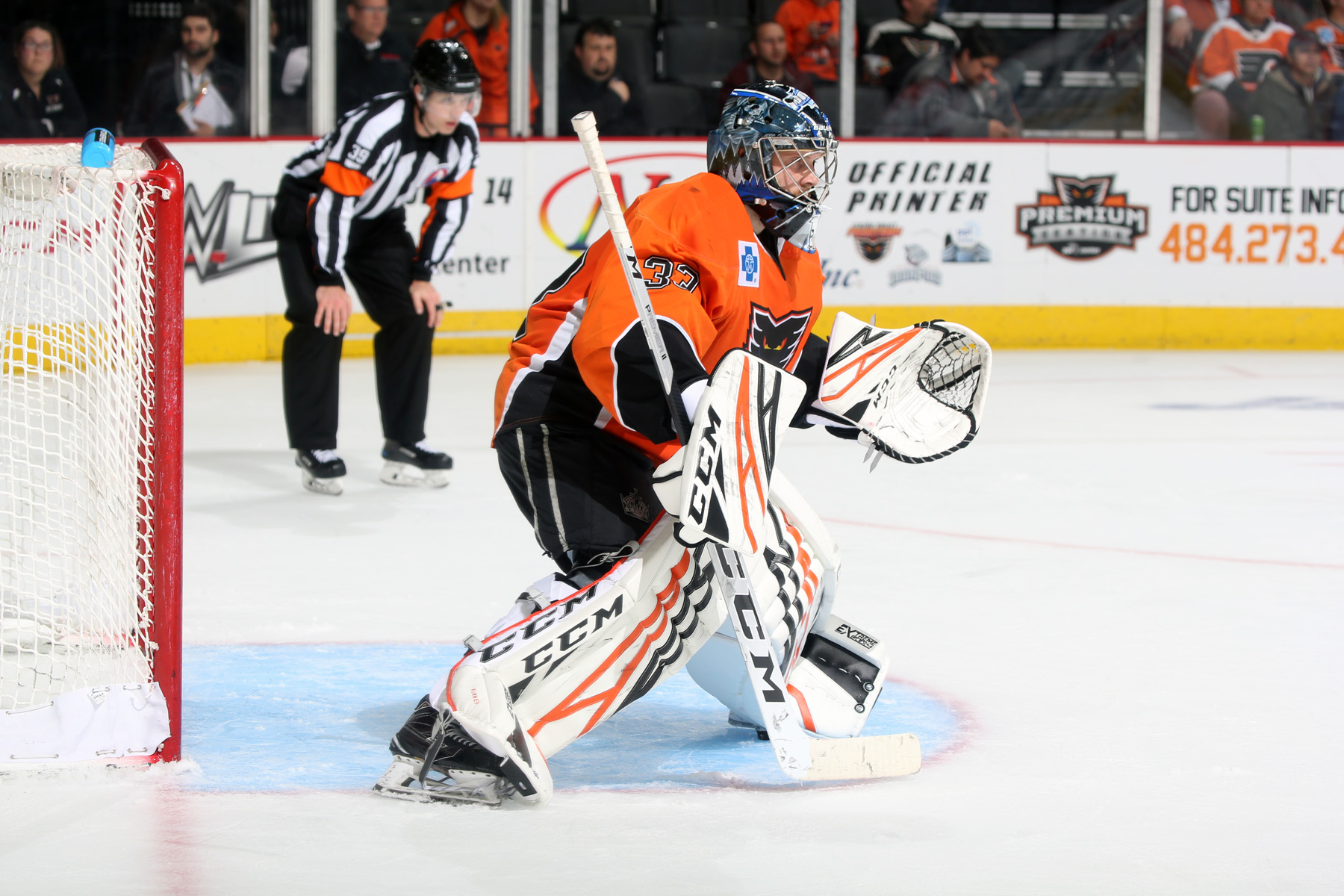 Lehigh Valley, Pa. – The Lehigh Phantoms, proud AHL affiliate of the Philadelphia Flyers, have announced today they have recalled goaltender Branden Komm from the Reading Royals of the ECHL.

The 6-foot-1 goaltender has played 12 games this season for the Reading Royals and holds a 5-3-1 record with a 2.67 goals-against average and a .919 save percentage in the ECHL this year.

Lehigh Valley will hit the ice tonight at 7:05pm, to face their in-state rival, the Hershey Bears. Tickets can be purchased to the game HERE.