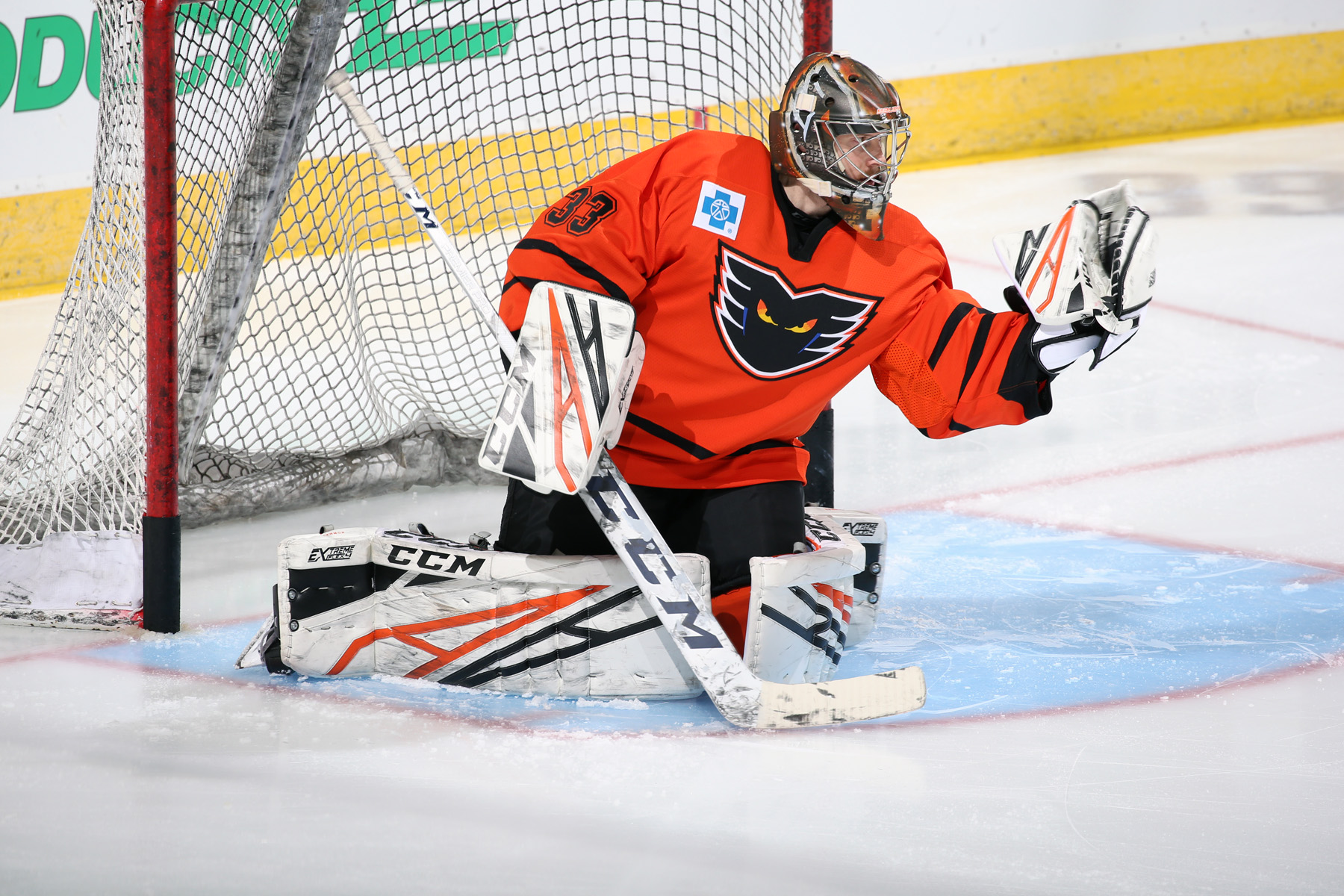 Lehigh Valley, Pa. – The Lehigh Valley Phantoms, proud AHL affiliate of the Philadelphia Flyers, have announced today that they have recalled G Branden Komm from the Reading Royals of the ECHL and F Josh MacDonald has been released from his PTO and returned to the Royals.

Komm, 27, appeared in four games for the Phantoms this season and is 1-2 with a 3.28 goals against average and 0.901 save percentage. Komm made his AHL debut in Hartford on January 5, 2019 and made 25 saves against the Wolf Pack. Komm earned his first AHL victory after making 34 saves on January 25, 2019 against the Laval Rocket.

The 6-foot-1 goaltender has played 15 games this season for the Reading Royals and holds a 5-6-1 record with a 2.81 goals-against average and a .911 save percentage in the ECHL this year.

A native of Williamsville, New York, Komm is in his fifth professional season after four years at Bentley University. He has played in 118 games in the ECHL during his career and owns a 52-55-10 record. Komm was traded to the Royals on February 13, 2018 from the Manchester Monarchs and signed a one-year AHL contract with the Phantoms on August 31. 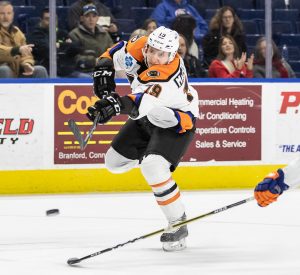 MacDonald, 24, appeared in eight games for Lehigh Valley after being signed to a professional tryout on January 21, 2019. MacDonald made his AHL debut on January 21 against the Wilkes-Barre/Scranton Penguins.

At the time of his PTO, MacDonald had played 39 games this season for the Reading Royals and led the Royals in goals with 18, and ranked second in points with 31. He was ninth in the ECHL in goals scored.