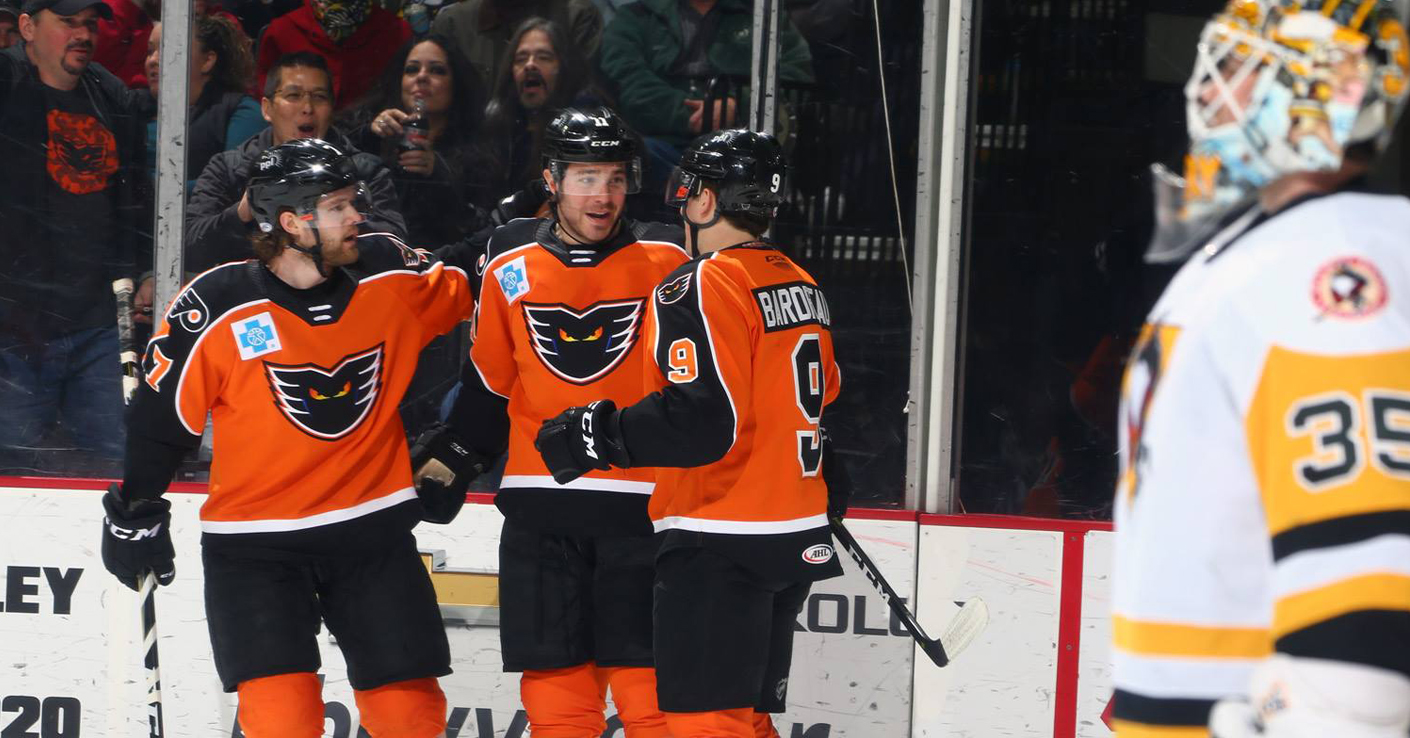 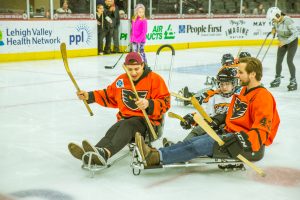 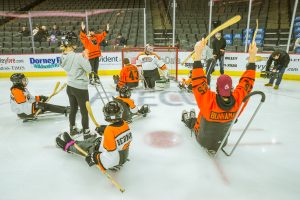 The Lehigh Valley Phantoms hosted their 5th annual Bleed Orange Blood Drive last week, in conjunction with the Miller Keystone Blood Center.  Overall, 94 units of blood were collected during the event which is enough to save 282 lives! Even Phantoms defenseman, T.J. Brennan volunteered to donate blood to help save somebody in need.

March 19 marked the final practice of the season for the Phantoms Charities Sled Hockey team. Phantoms players Colin McDonald, T.J. Brennan, Philip Samuelsson, Connor Bunnaman, Alex Lyon, and Reece Willcox surprised the children on the ice and joined them for practice. Each athlete was also given a stick signed by all of the Lehigh Valley players. Alex Lyon called it the most incredible and rewarding thing he has ever been a part of. 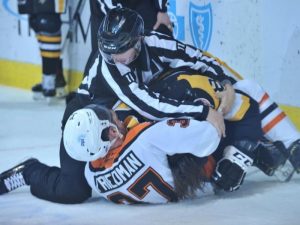 Saturday, March 23, 2019 –
LV Phantoms 4, WBS Penguins 5 (OT)
A crazy game ended with Lehigh Valley earning a point but eventually falling 5-4 in overtime on Saturday night. The Phantoms got goals from four different skaters as Philip Samuelsson, Cole Bardreau, Greg Carey and Byron Froese all found the back of the net. 12 different players earned at least a point for Lehigh Valley. 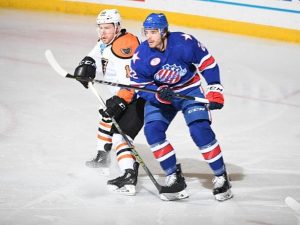 Wednesday, March 27, 2019
vs. Rochester Americans – Blue Cross Arena
The Lehigh Valley Phantoms will make their only trip to Rochester this season for a Wednesday night matchup with the Amerks. Lehigh Valley won the meeting with Rochester in Allentown, picking up a 3-2 shootout victory on January 19. Alex Lyon was sensational in the game, making a regular season career-high 49 saves.

Friday, March 29, 2019
vs. Cleveland Monsters – Quicken Loans Arena
Lehigh Valley and Cleveland will conclude their season series on Saturday night. Cleveland won both games inside PPL Center when the Monsters came to Allentown on December 5 and 8. Cleveland enters the weekend 7-2-1-0 in their last 10 games and has moved into fourth place in the North Division standings. 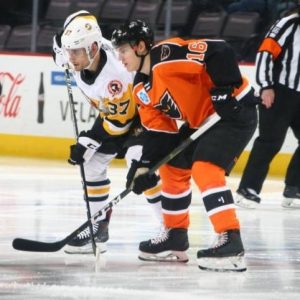 A Nak For Scoring
Nic Aube-Kubel has been finding his groove on offense, registering points in four-straight games, including a two-goal game on Friday in Wilkes-Barre. 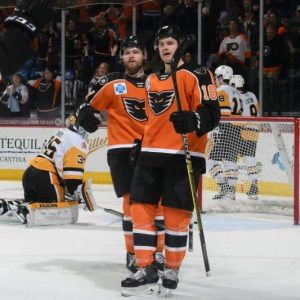 Penguin Killer
Byron Froese has been the Penguin Killer as of late, scoring all three of his goals with the Phantoms against W-B/Scranton. He has points (3g, 1a) in all four games against the Penguins since joining Lehigh Valley. 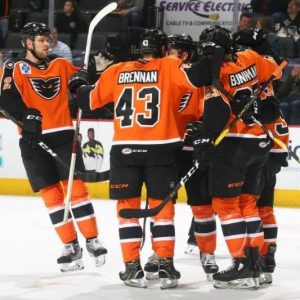 Spreading the Wealth
Lehigh Valley spread the puck around in Saturday’s overtime contest against the Penguins, with 12 different skaters all registering at least a point.