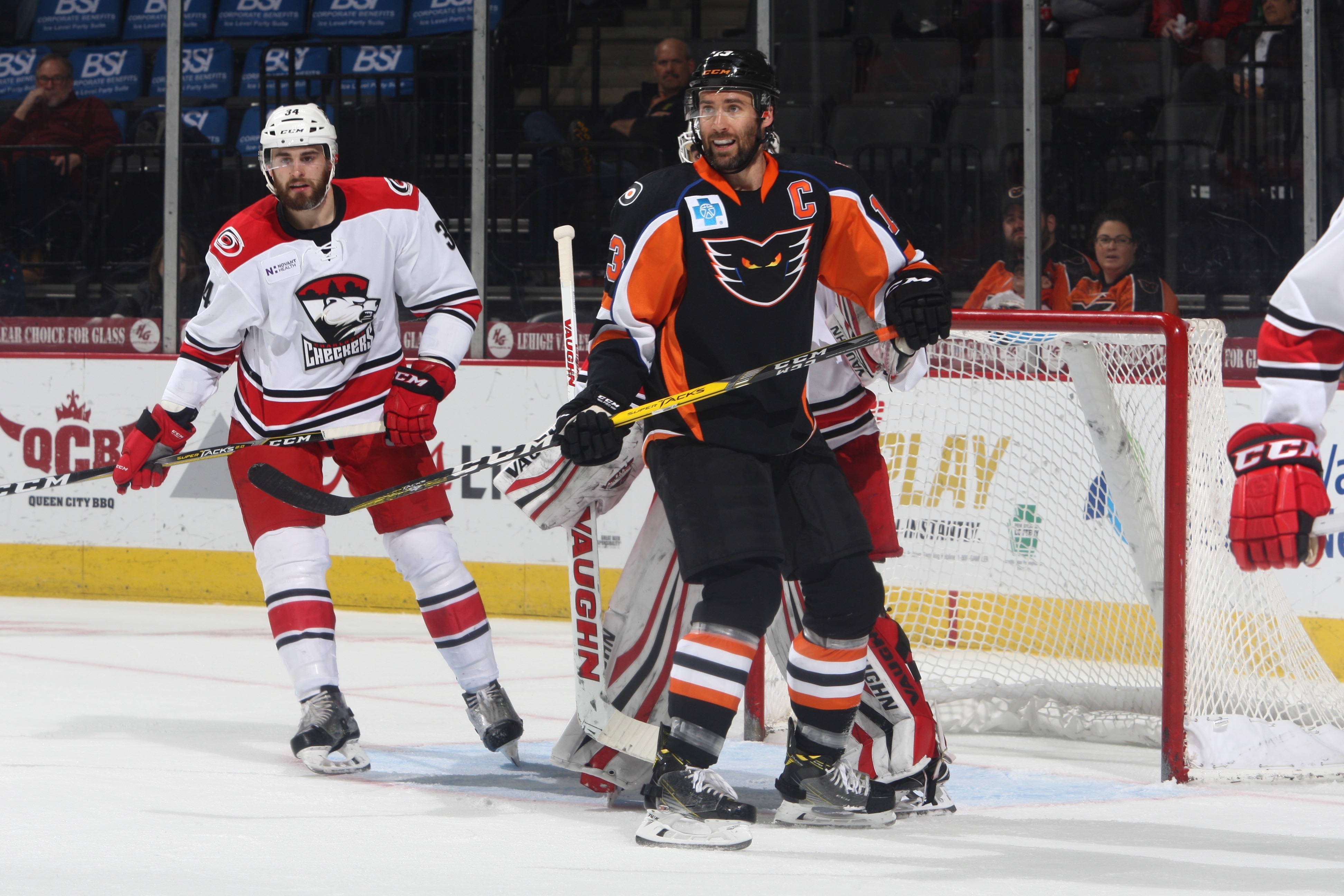 Lehigh Valley, PA – Greg Carey scored his team-leading 20th goal of the season and goaltender Alex Lyon earned his fifth straight decision between the pipes Wednesday evening as the Lehigh Valley Phantoms earned a 4-3 win over the Charlotte Checkers inside PPL Center. 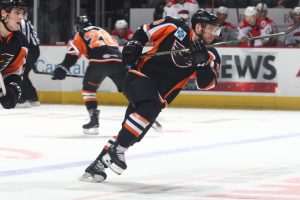 With the win, the Phantoms improved to 28-14-3-3 overall this season as Lehigh Valley won for the seventh time over the team’s last 10 games (7-2-1). With Wednesday’s outcome, the Phantoms remained tied with the Wilkes-Barre/Scranton Penguins for the most standings points (62) in the tightly-contested Atlantic Division.

Will O’Neill (5th), Colin McDonald (3rd) and Maxim Lamarche (1st) also found the back of the net for Lehigh Valley as the Phantoms skated in their fifth one-goal game over the club’s last six outings. Lehigh Valley is 4-0-1 in its recent one-goal decisions and has shown a penchant for claiming close contests this season as the Phantoms are now an impressive 15-2-3-3 in games decided by just a single goal this season.

McDonald’s goal was part of a multi-point effort as Lehigh Valley’s captain paced the offensive attack with a goal and an assist. Nic Aube-Kubel also chipped in a pair of points (2 assists) as did Corban Knight (2 assists) who returned to Lehigh Valley’s lineup for the first time since January 5 after the 27-year-old center missed the last 11 games due to injury. 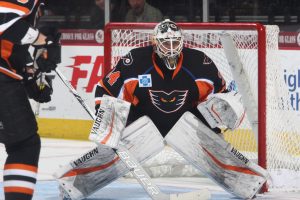 Meanwhile, Lyon turned in another strong effort between the pipes as he improved to 14-8-2 overall this season after turning aside 21 of Charlotte’s 24 total shots. The victory was Lyon’s fifth straight as he’s produced a stellar 1.62 goals-against average over his last five outings to go along with a jaw-dropping 0.948 save percentage.

With Wednesday’s victory, the Phantoms moved to 4-2 overall against the Checkers this season as Lehigh Valley has now claimed three of the last four head-to-head showdowns. Wednesday’s contest kicked off a three-game set at PPL Center this week as the Phantoms will host the Hershey Bears on Friday before welcoming the Rochester Americans to downtown Allentown on Saturday.

The Phantoms opened the scoring just over two minutes into the first period when Aube-Kubel fed a pass into the slot for a streaking O’Neill who made no mistake in quickly snapping home his fifth goal of the season. Aube-Kubel and Phil Varone assisted on the even-strength strike netted 2:13 into the opening frame as the Phantoms improved to 15-3-2-1 when scoring first this year. 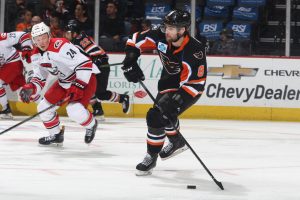 Lehigh Valley then doubled its advantage just prior to the midway point of the second period when Aube-Kubel touched a pass to the right wing where Carey unleashed an absolute rocket of a slap shot that sizzled into the back of the Charlotte goal for his 20th goal of the year. Travis Sanheim collected the secondary assist on the five-on-five tally converted 7:40 into the middle frame.

The Checkers sliced Lehigh Valley’s edge in half just over two minutes later when Julien Gauthier’s shot from the slot deflected off the body of Nicolas Roy before settling into the back of the Phantoms’ net. Nick Schilkey earned the secondary assist on Roy’s eighth goal of the season, which came 9:59 into the second period.

The Phantoms bounced right back though and re-established their two-goal advantage just 24 seconds later when Lamarche won a net-front battle in jamming home his first goal of the season. McDonald and Knight assisted on the even-strength strike buried 10:23 into the middle stanza. 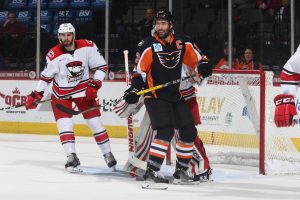 Lehigh Valley then extended its edge to a 4-1 lead just over five minutes into the third period when a series of drop passes while entering the attacking zone led to an opportunity in the high slot for McDonald was was able to slide in his third goal of the year. Knight and Cole Bardreau assisted on the even-strength strike buried 5:26 into the final frame of regulation.

The Checkers made things interesting late with a pair of goals in the final three minutes but Lyon and the Phantoms’ defense held firm in protecting the club’s 28th victory of the season.

Lehigh Valley has now collected standings points in six straight home outings (5-0-1) as the Phantoms moved to 15-5-3-1 in games played at PPL Center this year.

The Phantoms are back in action with two more games at PPL Center this weekend. First, on Friday, February 9, Lehigh Valley welcomes the rival Hershey Bears to downtown Allentown for a 7:05 p.m. showdown. Friday’s game is Faith Night and features a free post-game screening of “Soul Surfer” on the videoboard. Then, on Saturday, February 10, the Phantoms welcome the Rochester Americans, AHL affiliate of the Buffalo Sabres, to PPL Center for the first and only time this season. A limited number of tickets remain to Friday and Saturday’s games and are available HERE.