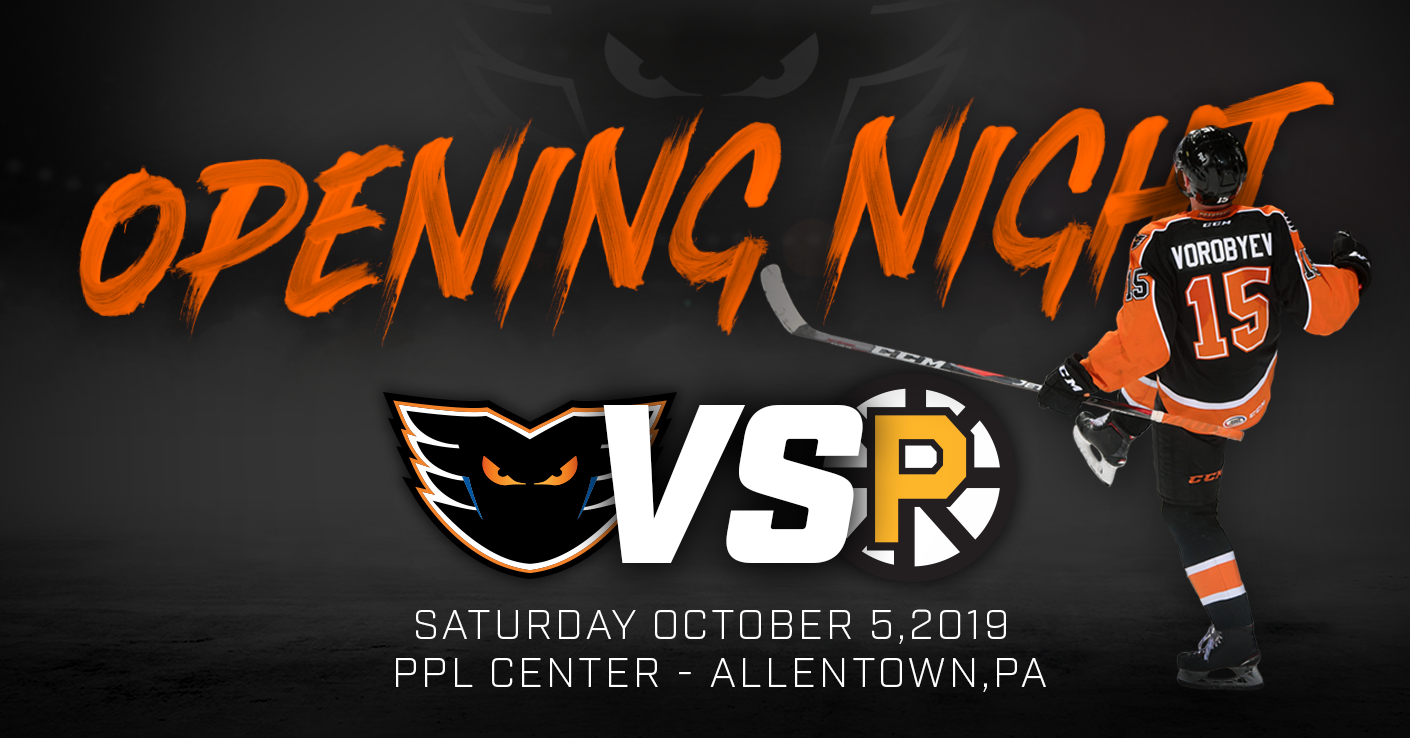 Lehigh Valley, Pa. — Black and Orange vs. Black and Yellow!

The Lehigh Valley Phantoms, proud AHL Affiliate of the Philadelphia Flyers, are pleased to announce that the team will open the 2019-20 season of hockey inside of PPL Center on Saturday, October 5, 2019 against the Providence Bruins. 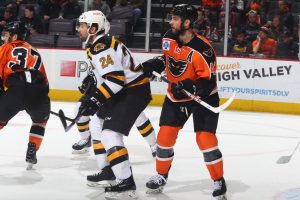 Opening Night is the exciting end to a summer-long countdown when the puck finally drops for a new season and fans will get their first chance to show the new members of the Phantoms the passion Lehigh Valley has for hockey, and why every home opener in PPL Center history has been a sellout. Opening Night will also feature a Rally Towel Giveaway to the first 6,500 fans in attendance to waive in celebration as they welcome hockey back.

Lehigh Valley’s Home Opener will be one of three head-to-head meetings against Providence in downtown Allentown this season and one of six total showdowns between the two Atlantic Division clubs. During the 2018-19 season, the Phantoms split the season series, going 3-3 against the Bruins, but finished with a 4-3 victory in the second-to-last game of the season as part of a five-game win streak to end the year.

The only way to secure your seats today for the Phantoms home opener is through a Phantoms season ticket package.  Those packages, which are on sale now, come in a wide variety of options including full-season, 21-game and 13-game plans that all have amazing benefits.  In addition, group tickets for the home opener will go on sale Monday, July 15 but you can call now to receive priority access. For more information about season tickets, or to purchase, call the Phantoms Ticket Office at 610-224-GOAL (4625). Tickets for Opening Night will go on sale to the general public at a later date.

Hockey returns to the Lehigh Valley with the fifth annual NHL game at PPL Center  on September 11, 2019, as the Philadelphia Flyers Rookies take on the New York Islanders Rookies.  Tickets for the event are on sale now and are just $10!  Secure your seats by purchasing tickets HERE.