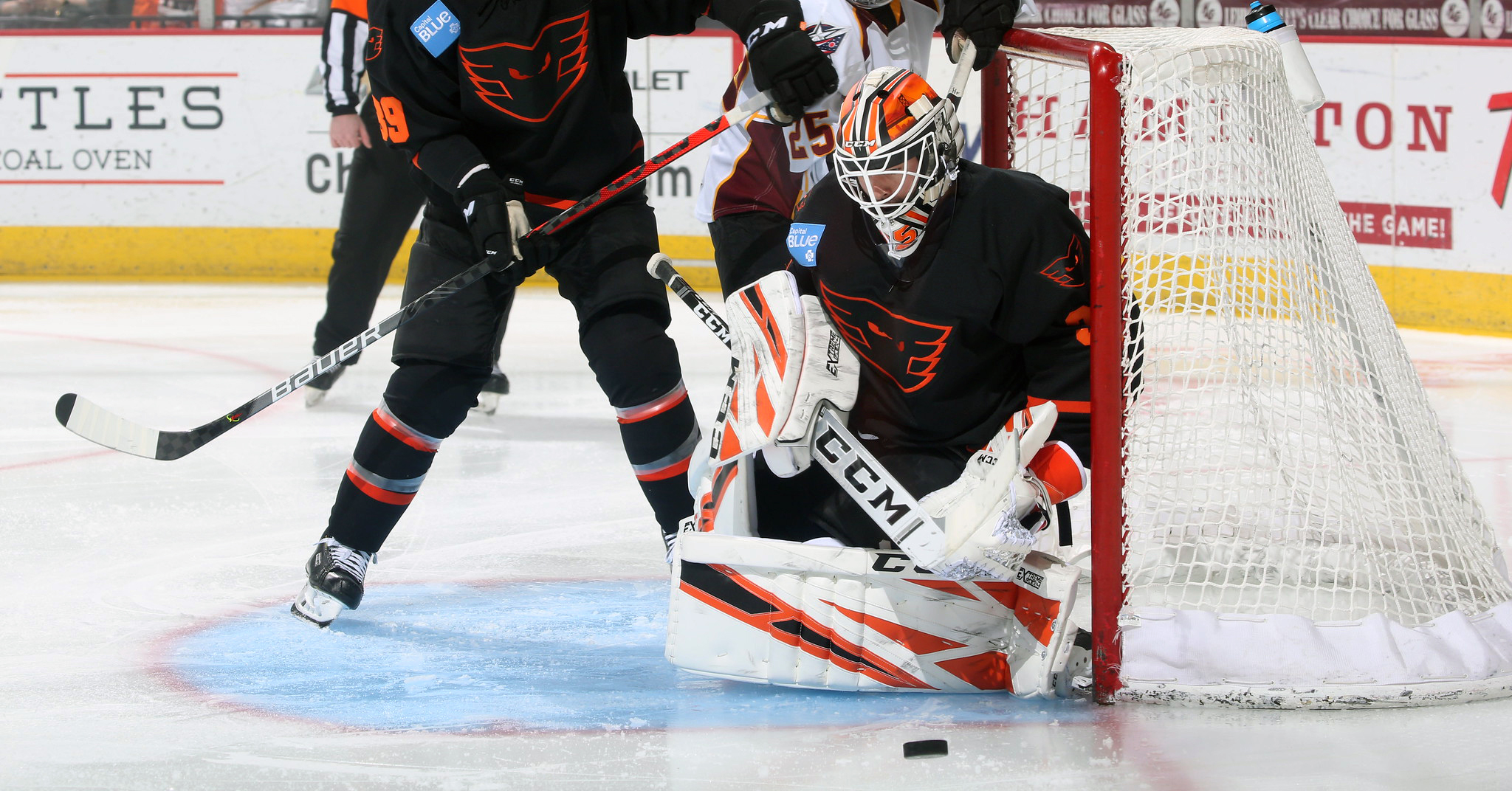 Lehigh Valley, Pa. – The Lehigh Valley Phantoms (15-19-1-4) entered Sunday afternoon’s game against the Cleveland Monsters (17-18-1-1) at the PPL Center looking to build on their win from Saturday night in the final game of a 3-in-3 for both teams. They were able to do just that, winning 2-0 in a game that came down to the wire, and featured a shutout from a Phantoms goalie for the second night in a row. J-F Berube made 35 saves against his former team and Cal O’Reilly broke the tie with just 2:14 remaining that led to a 2-0 win to end the weekend.

For the second consecutive night, the Phantoms offense got off to a slow start, taking only three shots compared to Cleveland’s nine in the first period. However, the shots they were able to get off were quality scoring chances, including one from Andy Andreoff that hit off the post. The Phantoms had an opportunity on the power play late in the period, but they were unable to capitalize, and the game was scoreless at the first intermission. 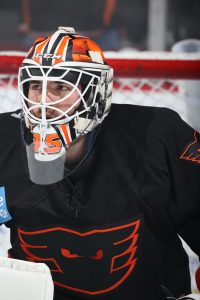 Lehigh Valley’s offense did not pick up in the second period, as it only managed another three shots, bringing the total to six through 40 minutes of play. The Phantoms’ defense kept them in the game, as they were able to kill off three penalties, including a 30-second 5-on-3.

The Phantoms finally broke the scoreless tie with just over two minutes remaining, when Mikhail Vorobyev fed a pass across the slot to Cal O’Reilly, who slid a wrist shot across the ice through the five hole of Cleveland goalie Brad Thiessen to put Lehigh Valley ahead 1-0. The assist was Vorobyev’s second in as many games

Maksim Sushko tacked on an empty-net goal, which he shot from the opposite blue line, to make the score 2-0.
The Phantoms wrapped up the 3-in-3 dramatic fashion, as phenomenal play from Berube guided them to their second shutout win in a row after Alex Lyon blanked Laval last night. The performance was Berube’s ninth AHL shutout and first since October 22, 2017 when he was a member of the Rockford IceHogs.

NEXT TIME OUT: The Phantoms will continue their home stand with a Dollar Dog Night on Wednesday, January 15 when they take on the Syracuse Crunch (18-16-2-2) for the first time this season. The puck will drop at 7:05 p.m.