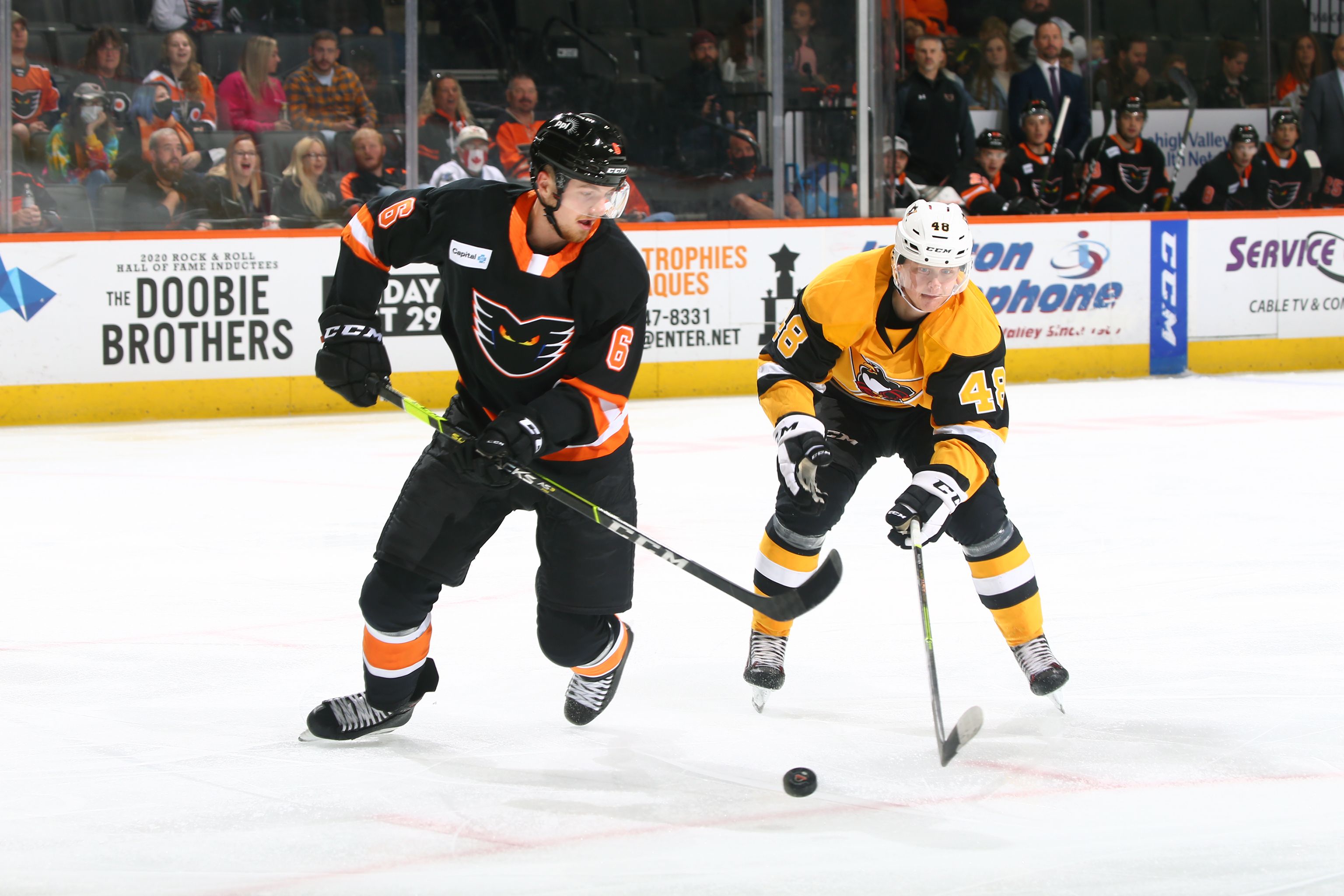 First Game for Phantoms is Saturday at Wilkes-Barre

Lehigh Valley, PA – The Lehigh Valley Phantoms have announced their Opening Night roster ahead of the team’s first game of the season on Saturday night at the Wilkes-Barre/Scranton Penguins.

24 players are ready to take to the ice for the 25th Anniversary season of the Phantoms franchise which began as the Philadelphia Phantoms in 1996.

Additionally, the Philadelphia Flyers announced today that Jackson Cates has been returned to the Phantoms.