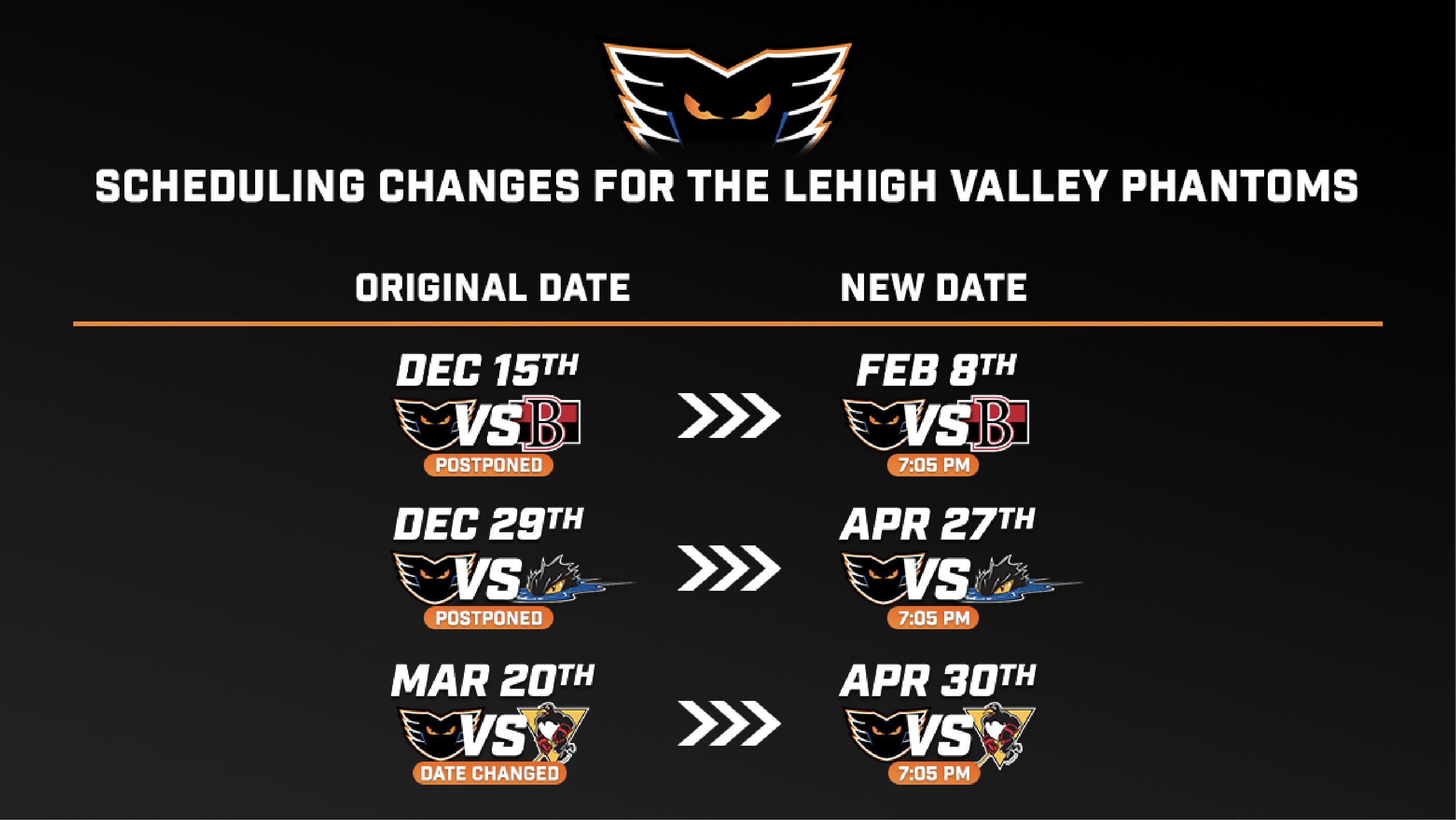 Lehigh Valley, PA – The Lehigh Valley Phantoms and the American Hockey League have announced the following home game additions to the team’s schedule:

Tickets for the original date of the games on December 15 and December 29 and March 20 are automatically valid for the new dates and nothing more needs to be done. Fans wishing to exchange for another home game can reach out to ticketsales@phantomshockey.com

The Phantoms have also announced a make-up date for an upcoming away game:

This is from the postponed game of December 22.

Fans with questions or exchange requests for any of the team’s schedule changes should reach out to ticketsales@phantomshockey.com