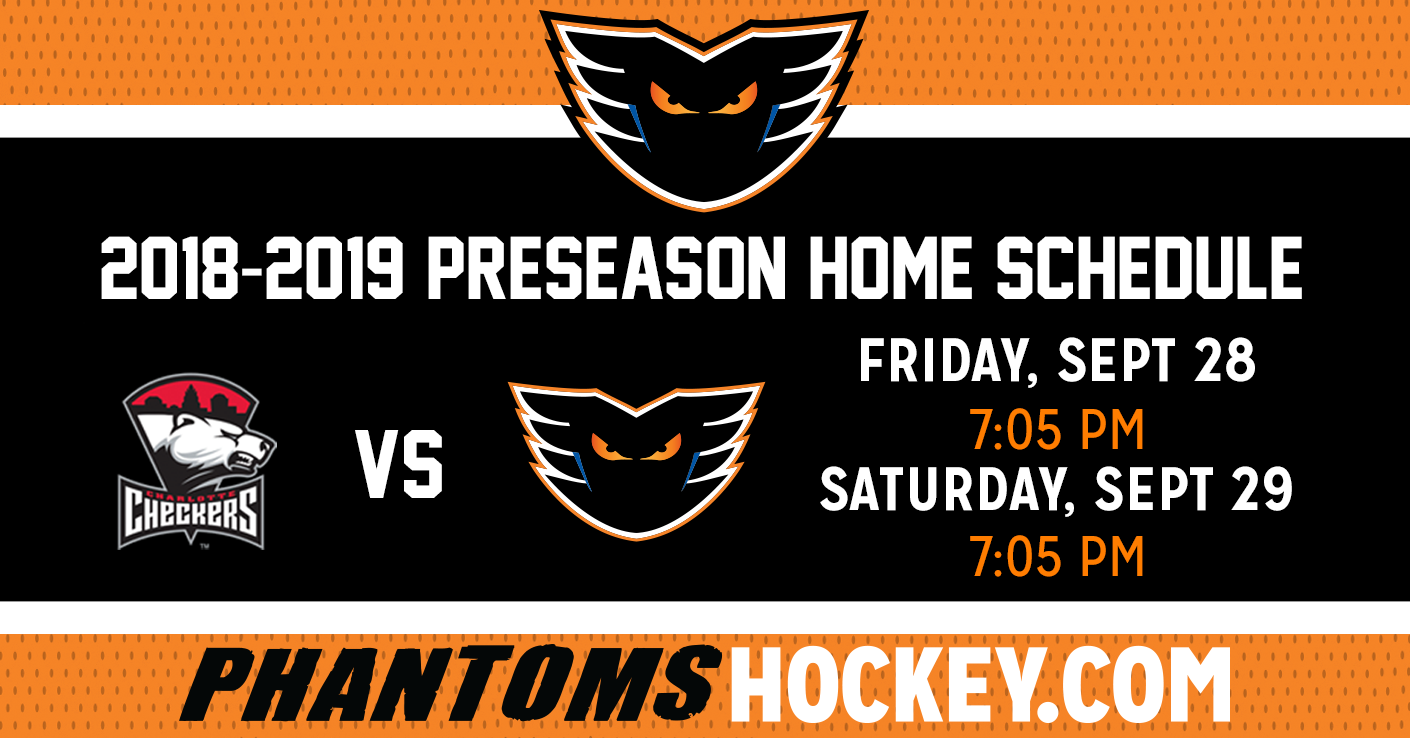 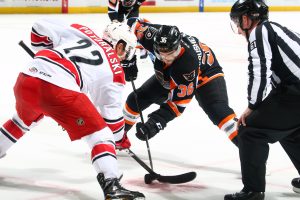 Lehigh Valley, Pa. — The Lehigh Valley Phantoms, proud AHL affiliate of the Philadelphia Flyers, have announced a three-game preseason slate that will include a pair of contests against the Charlotte Checkers on September 28 and 29 at PPL Center in downtown Allentown as well as an away game against the Wilkes-Barre/Scranton Penguins on September 27. All three games are set for puck drop at 7:05 p.m.

Building off the rivalry created when the Phantoms defeated the Checkers in the 2018 Calder Cup Playoffs – which included a five-overtime victory for the Phantoms in the AHL’s now longest game in history – the Phantoms will take to home ice to tangle with the top affiliate of the Carolina Hurricanes on Friday, Sept. 28, and Saturday, Sept. 29. Phantoms fans will have a chance to catch a glimpse of the 2018-19 squad before they hit the ice officially for the regular season that begins on October 6.

Single-game tickets for both home preseason games against the Checkers start at just $10 are on sale now! Fans can call 610-224-GOAL (4625) to purchase them now, stop by the QNB Bank Box Office at PPL Center or order them online by clicking HERE.

The Phantoms will begin their three-in-three preseason on Thursday, Sept. 27, by traveling up the Pennsylvania Turnpike to take on the rival Penguins in an Atlantic-Division clash. Lehigh Valley, who battled Wilkes-Barre/Scranton for the division crown all of this past season, produced an impressive 7-4-0-1 record against their rivals en route to the 2017-18 Atlantic Division Championship.

The preseason contests will follow the highly-anticipated fourth Flyers in the Valley matchup on Friday, Sept. 21, when the Philadelphia Flyers come to PPL Center to take on the New York Islanders in a NHL preseason game. Check out the schedule below:

Single-game ticket information for the regular-season games inside of PPL Center will be announced at a later date.