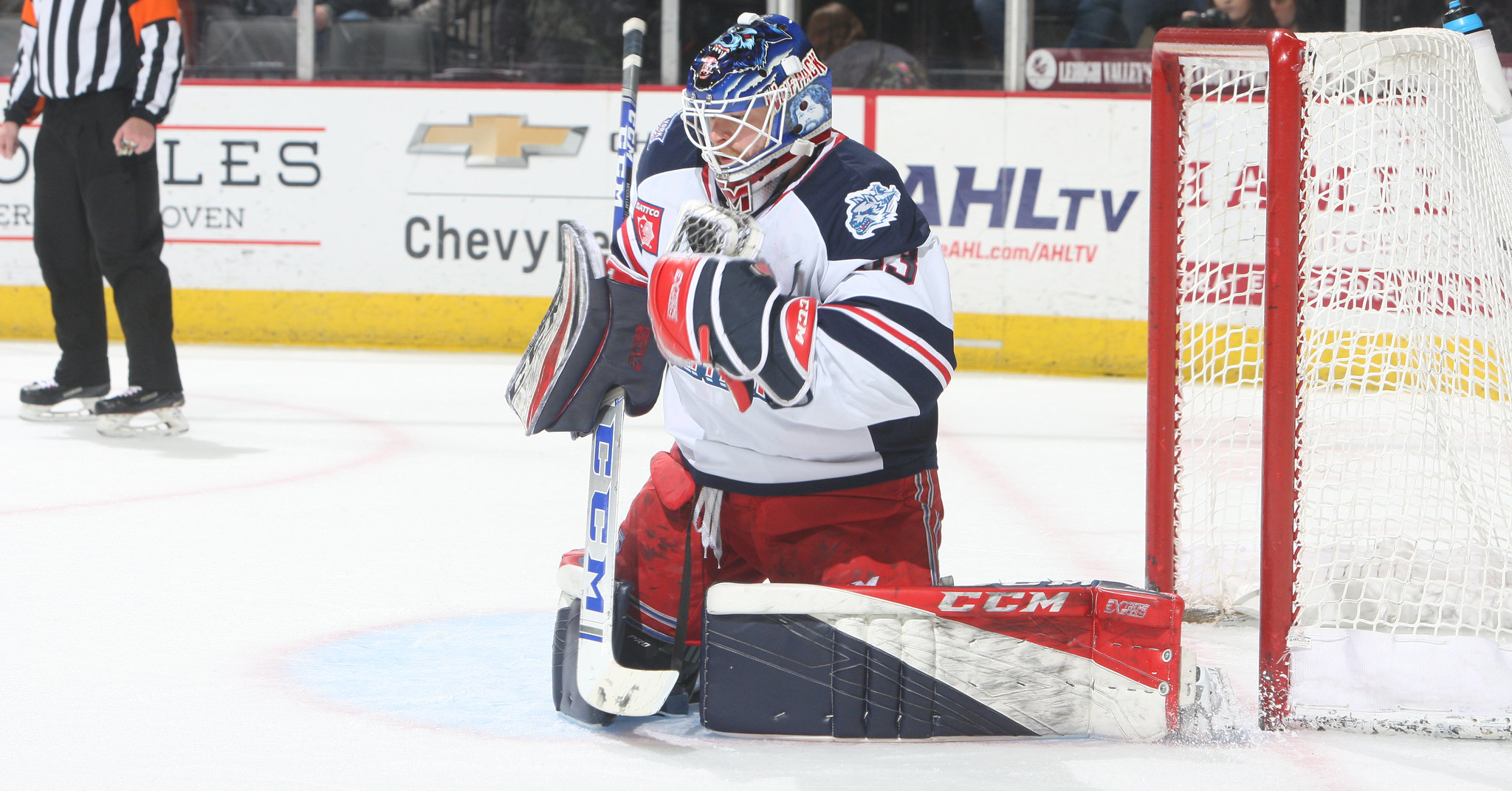 Both Players Assigned to Reading Royals

Lehigh Valley, Pa. – The Lehigh Valley Phantoms, proud AHL affiliate of the Phildelphia Flyers, have acquired goalie Tom McCollum and forward Lewis Zerter-Gossage from the Hartford Wolf Pack in exchange for future considerations.  Both players have been assigned to the Reading Royals of the ECHL.

A native of Amherst, New York, McCollum was drafted in the first round (#30) in the 2008 NHL Draft by the Detroit Red Wings. He has played three games for Detroit and made his NHL debut on March 30, 2011 against the St. Louis Blues and earned his first NHL victory on January 18, 2015 against the Buffalo Sabres. Overall, McCollum has played 322 AHL games for Grand Rapids, Charlotte, Stockton, Milwaukee and Hartford. He has a 149-119-25 record with a 2.71 GAA and 0.907 save percentage with 11 shutouts.

Zerter-Gossage, 24, is in his first professional season and has played in 25 games for the Wolf Pack this year, registering two goals and one assist for three points. He has also appeared in 13 games for the Maine Mariners, notching a goal and five assists for six points in the ECHL.

A native of Montreal, Quebec, Zerter-Gossage played four years at Harvard University, including a season with Phantoms forward Kyle Criscuolo in 2015-16. He helped Harvard capture the 2016-17 ECAC Championship in his sophomore season. He was signed to an AHL contract by the Wolf Pack on July 30, 2019.