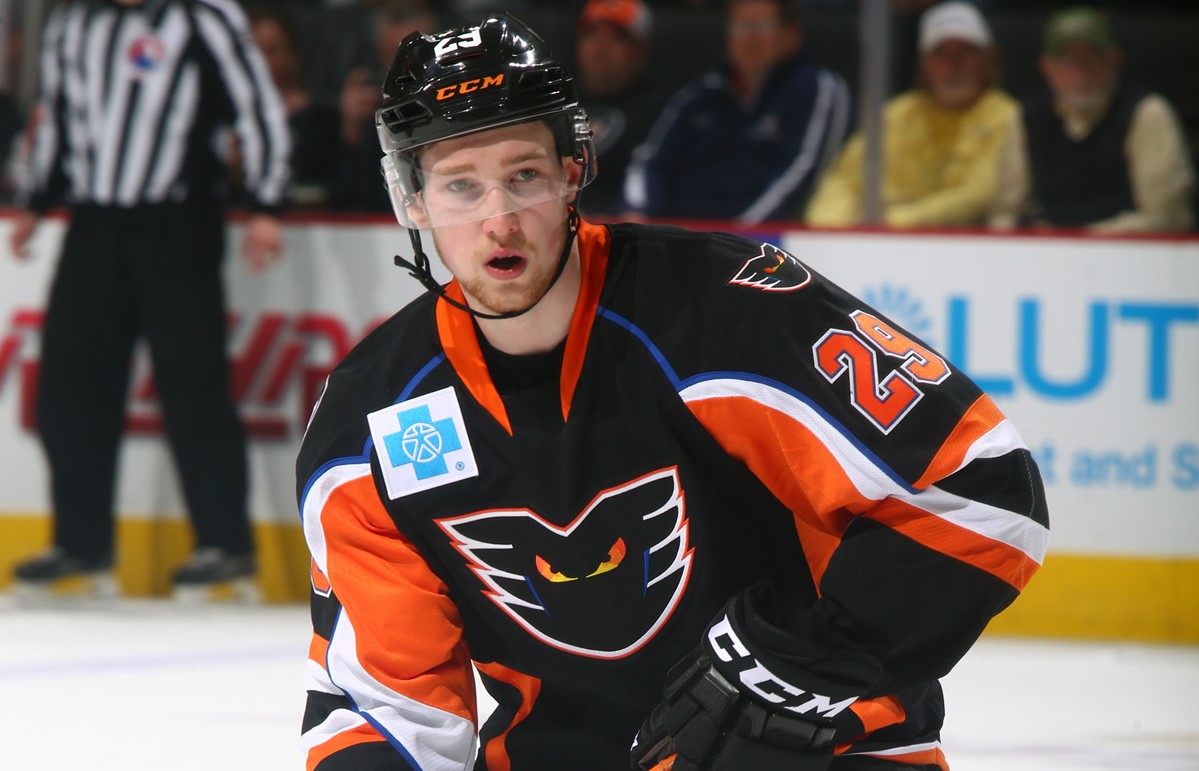 Lehigh Valley, Pa. – The Philadelphia Flyers have activated forward Pascal Laberge from Injured, Non-Roster and have loaned him to their American Hockey League affiliate, the Lehigh Valley Phantoms.

Laberge, 20, played two games for the Lehigh Valley Phantoms last season after his season in the QMJHL finished up. Laberge made his professional debut on April 13, 2018 against the Bridgeport Sound Tigers.

A native of Chateauguay, Quebec, Laberge was drafted in the second round (#36) of the 2016 NHL Draft by the Philadelphia Flyers. Prior to turning pro, Laberge played six season in the Quebec Major Junior Hockey League for the Gatineau Olympiques, Victoriaville Tigres, and Quebec Remparts, He amassed 178 points on 62 goals and 116 assists in 224 games in the QMJHL.

Laberge has yet to play a game this season after being placed on injured reserve prior to the beginning of the year.