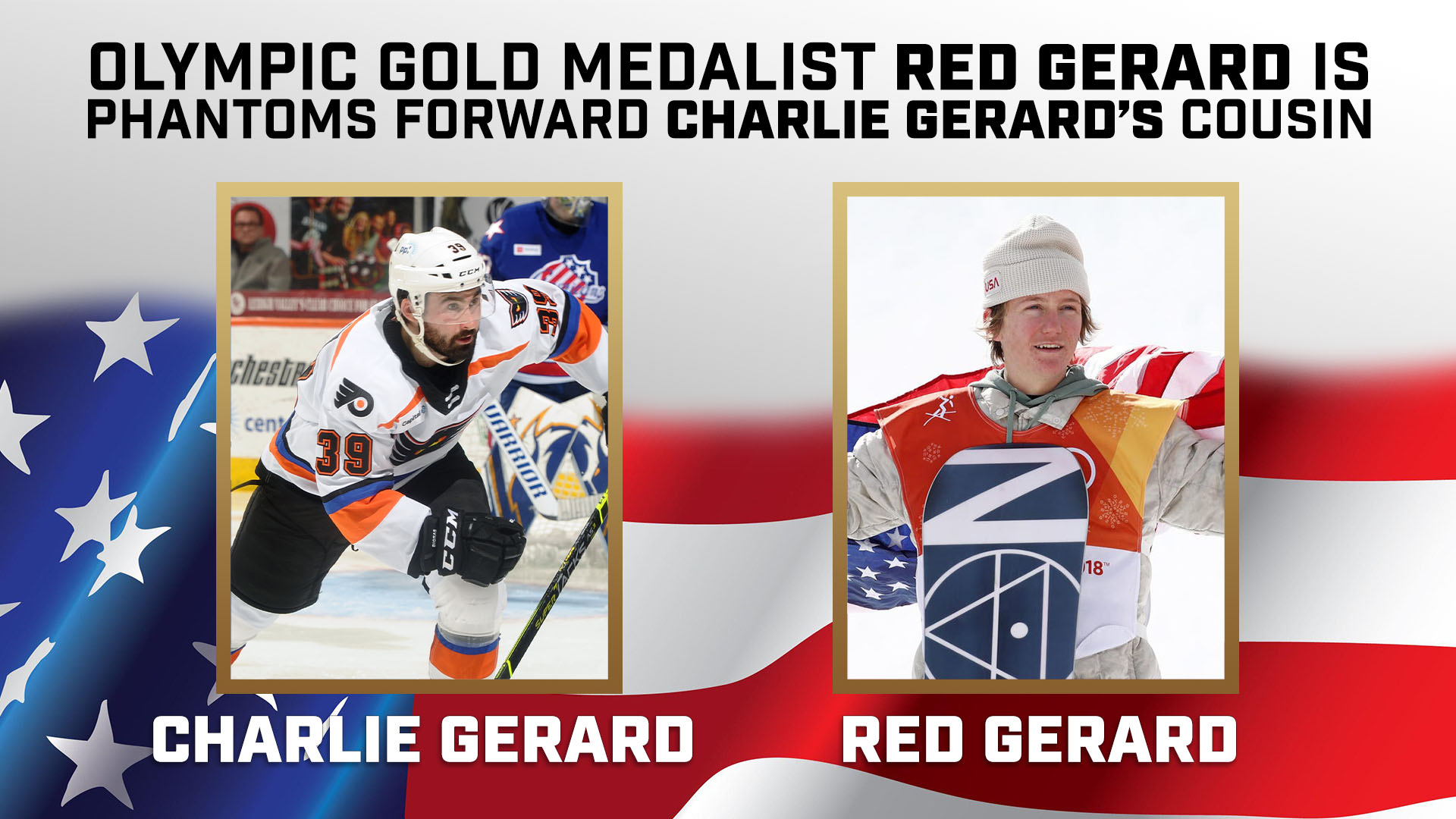 Charlie Gerard’s cousin, Red Gerard, has a pair of Top 5 finishes in snowboarding at the 2022 Beijing Olympics. Red set a record when he won Gold in the 2018 Olympics in Korea at only 17 years old.

The Gerard cousins grew up near each other in Rocky River, Ohio.

“Growing up, they had a big house on the lake,” Gerard said. “We’d do all the extreme sports in the winter – water ski, dirt bike, snowboarding. He might’ve played hockey when he was younger, but obviously he chose a different route. He’s doing great out there.”

Red participated in the Slopestyle event this year and earned fourth place after boarding down the course slope that was built to replicate the Great Wall of China.

“Seeing him on TV in the Olympics is mind blowing, it doesn’t seem real. It’s pretty impressive. He won the gold medal as the youngest Olympian ever. I’m just really proud of him and excited for him and his family.”

Red keeps up with Charlie’s hockey games on the internet and was able to attend the USA hockey games in Beijing in between his own events. Charlie says they keep in touch and text frequently as they root for each other.