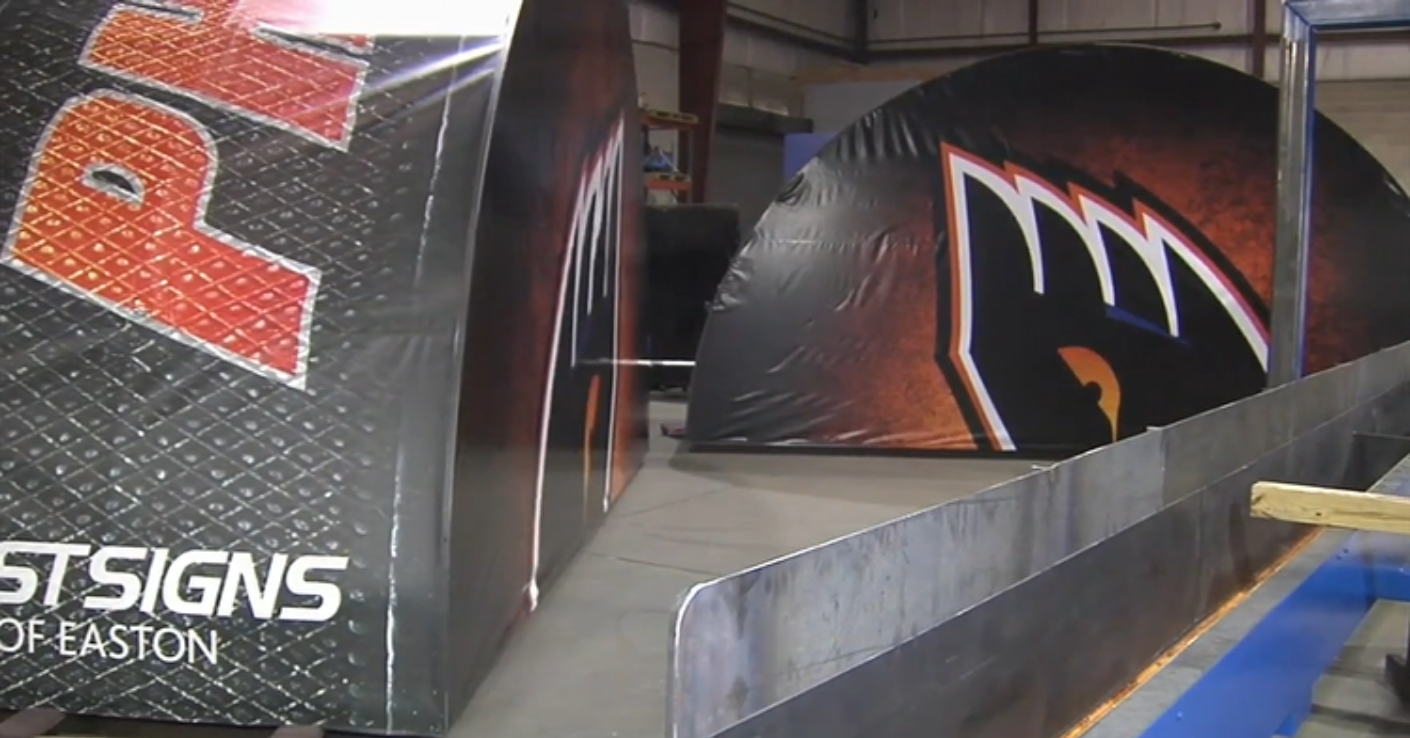 The Lehigh Valley Phantoms plan to celebrate the New Year in Allentown with a puck drop of what is believed to be the world’s largest puck.

The puck, which is nearly 1,000 pounds, has been in construction for about a month and will make its way to the PPL Center on Saturday prior to the Phantoms’ game against the Wilkes-Barre/Scranton Penguins. It will be transported in two pieces to the PPL Center and will be assembled using industrial bolts before being loaded onto a crane.

Before it is raised in preparation for the midnight drop, the puck will be available for fans to take photos with outside the PPL Center at the corner of 7th & Hamilton streets.

The puck, which nearly needed a special permit to be allowed downtown, was constructed by Richmond Machine and Welding in Hanover Township, Northampton County, with the outer vinyl artwork designed by FastSigns of Easton.

Phantoms Corporate Partnerships Manager Gerald Grube said of the construction, “the Team was able to spitball several ideas up with a vision. I was tasked to find a partner and most importantly, someone talented enough to build what has been said to be The World’s Largest Puck. I immediately reached out to my friends from my past life in professional racing, Paul Hunsicker at First Class Tint in Nazareth and he suggested John Steenland of Richmond Machine and Welding. It came together very quickly.”

Grube said Steenland was on board with the idea immediately.

Phantoms owners Jim & Rob Brooks discussed having something of this scope dating back well over a year. “We were able to loop in another partner of ours in Fast Signs of Easton, and Jim and Rob’s vision came to life,” said Grube.

Featured as part of downtown Allentown’s New Year’s Eve celebrations, Grube sees the puck drop as an opportunity for Allentown and Phantoms fans.

“Hopefully our diehard fans stick around after the game and bring in the New Year with our team. There is so much to do right in center city Allentown. This is an opportunity for our community to be a part of something historic,” Grube said.

Grab tickets to the game HERE, and stick around after because you don’t want to miss this exciting event! 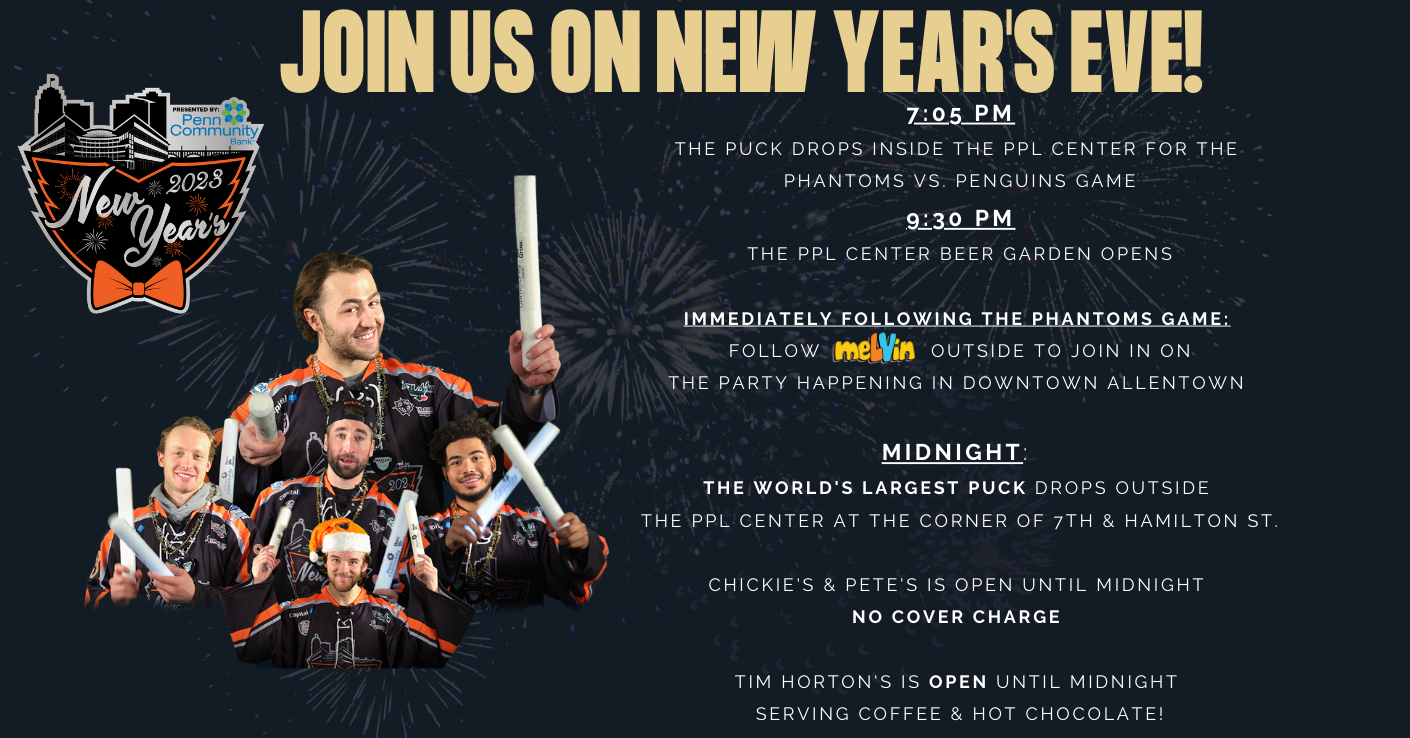 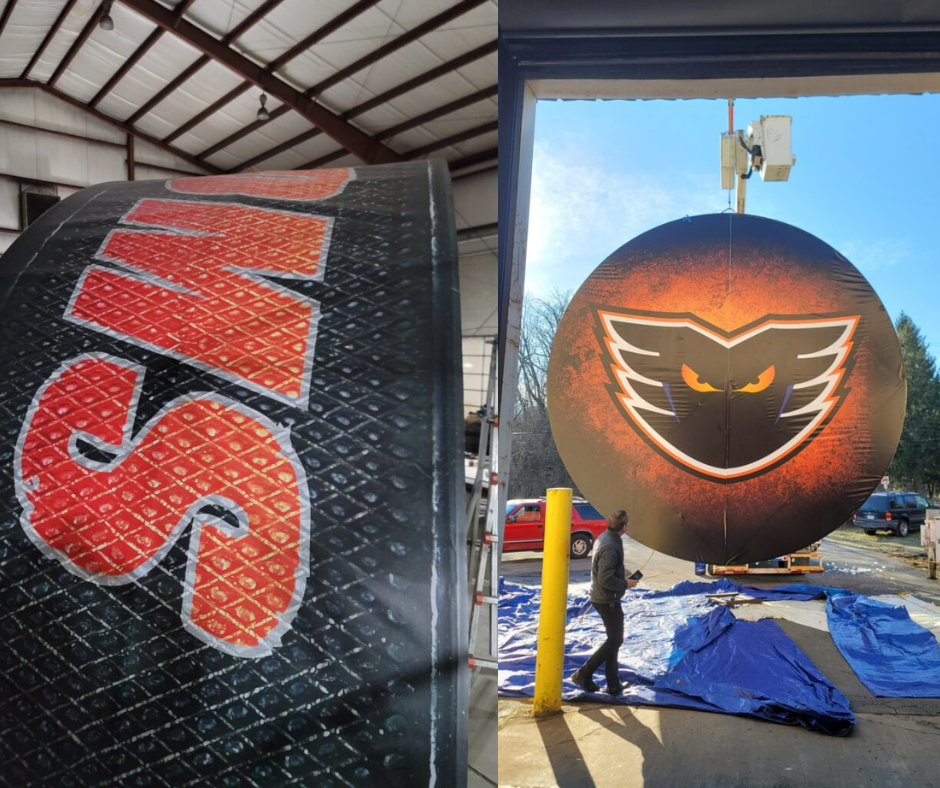