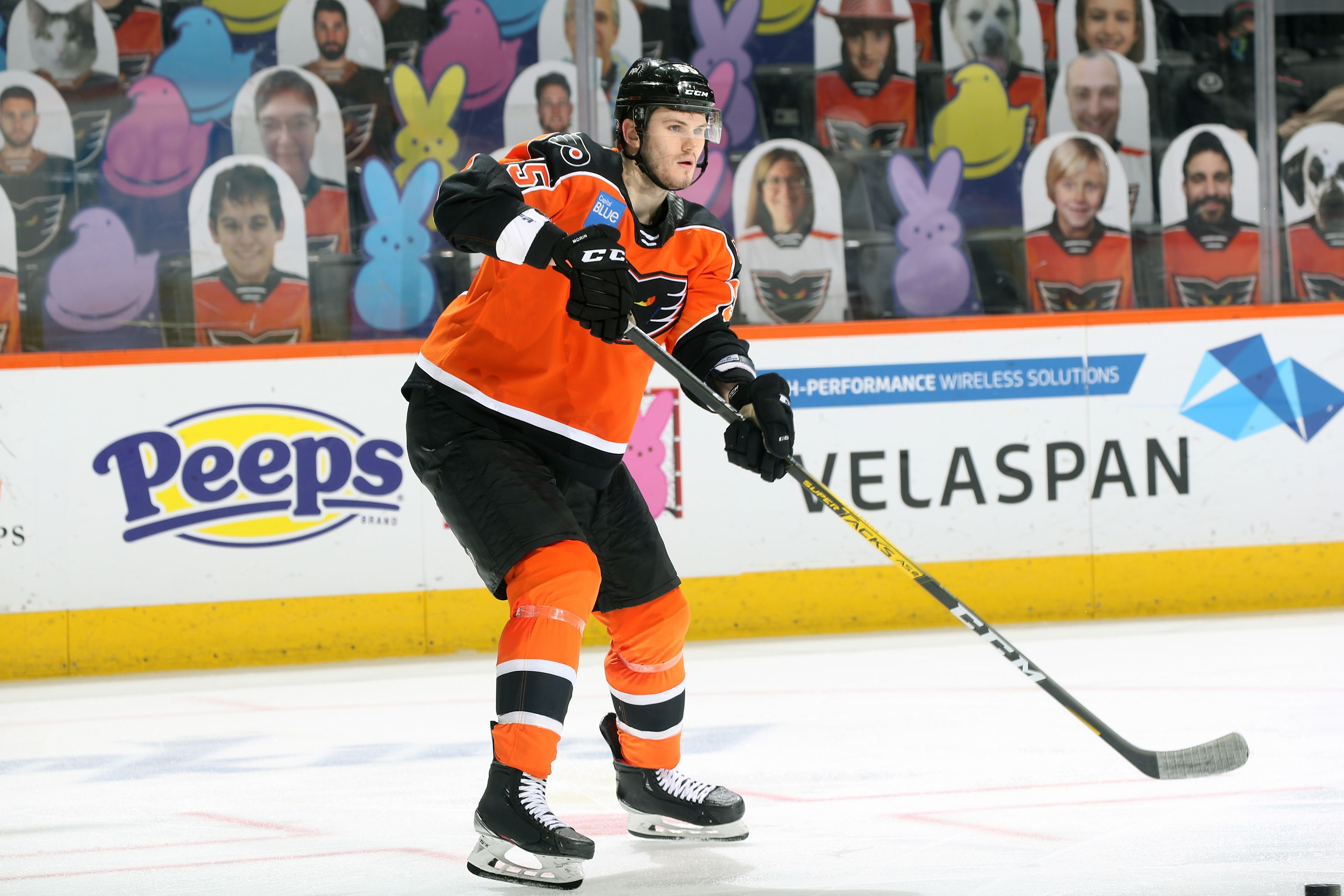 Lehigh Valley, PA – The Philadelphia Flyers have announced that they have recalled Samuel Morin and Alex Lyon from the Lehigh Valley Phantoms to the club’s Taxi Squad. Felix Sandstrom has been loaned from the Taxi Squad to the Phantoms.

Lyon, 28, played his first full game in over a year on Wednesday night at PPL Center and also played one period on March 10 at the Binghamton Devils in Newark. It was his 147th career game for the Phantoms. He is Lehigh Valley’s all-time winningest goalie with 73 victories. He has yet to play for the Flyers this season. He has played in 16 games with the Flyers in his career.

Morin, 25, returned to the Phantoms on March 1 as a defenseman for his most recent six games after beginning the season at left wing with both the Phantoms and the Flyers. He played in four games with the Flyers in January and February. On March 3 with the Phantoms, he recorded an assist which was his first point in 1,138 days (over three years) dating back to January 20, 2018 when he recorded an assist in an outdoor game at Hershey. Since that time, his opportunities have been severely limited by injuries and two knee surgeries. He played just seven combined games in 2018-19 and only four games in 2019-20 before he reinjured his knee.

Sandstrom, 24, has played in four games for the Phantoms this season. On March 3 he recorded his first win at PPL Center in a 4-3 decision over the Hershey Bears. The Flyers’ third-round selection in 2015 is in his second professional season in North America. He began this season playing for Vasterviks-IK in Sweden’s Allsvenskans League.