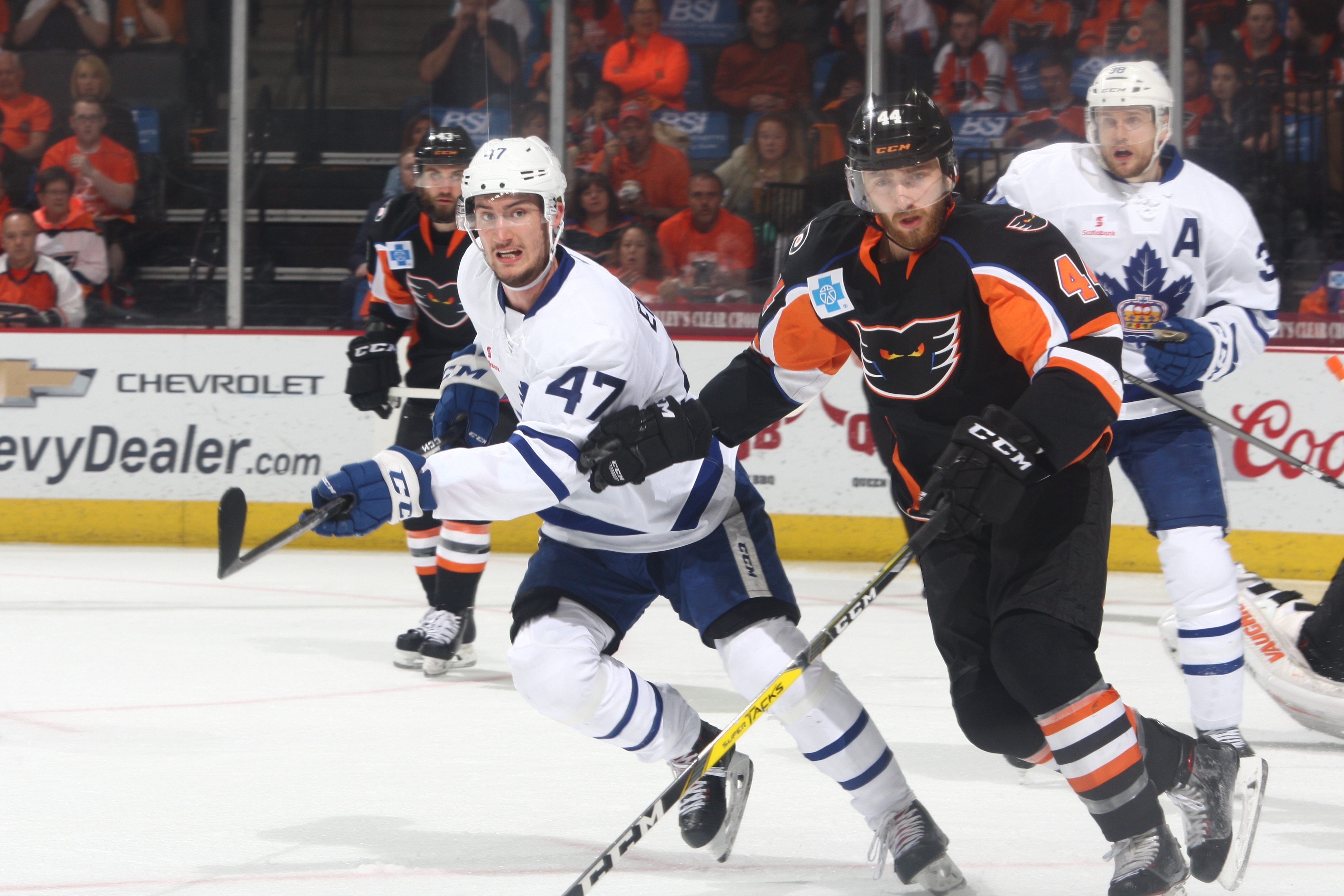 Lehigh Valley, Pa. – An incredible season of Lehigh Valley Phantoms hockey came to an end Friday evening as the Toronto Marlies claimed a 3-1 victory in Game 4 of the Eastern Conference Finals earning a sweep of the best-of-seven series. With the series victory, the Marlies advanced to the Calder Cup Finals where they will now face the winner of the Western Conference Finals between the Texas Stars and Rockford IceHogs. 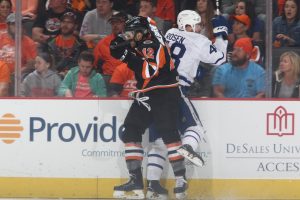 The 2017-18 campaign was one of the most successful in Phantoms franchise history as the club finished second among all 30 American Hockey League teams with 47 wins and 104 total standings points. No team in the AHL won more home games (27) than Lehigh Valley this year and thanks to their phenomenal regular season, the Phantoms claimed the fifth division championship in franchise history.

That tremendous regular season was the prelude to a memorable playoff run, which saw the team oust the Providence Bruins in four games (3-1) in the opening round of the 2018 Calder Cup Playoffs before eliminating the Charlotte Checkers in five games (4-1) in the Atlantic Division Finals. With their series victory over Charlotte, the Phantoms advanced to the Eastern Conference Finals for the first time since arriving in Lehigh Valley and the fourth time in franchise history. 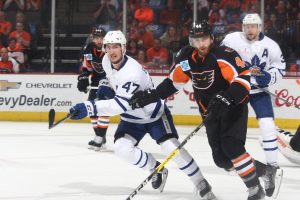 Travis Sanheim (1st) tallied the Phantoms’ lone conversion Friday evening in front of goaltender Alex Lyon who turned in another stellar performance between the pipes as he answered 26 of Toronto’s 28 total shots. In four games in the Eastern Conference Finals, the second-year netminder denied 121 of 133 shots on goal in producing an impressive 0.910 save percentage.

Andreas Johnsson (5th, 6th) scored twice for Toronto in the series-clinching victory while Marlies’ goaltender Garret Sparks made 19 saves on 20 Phantoms shots in earning his 12th victory of the postseason.

Neither side found the back of the net in the opening period despite a combined 13 shots on goal. Lyon turned aside each of the Marlies’ nine shots on goal, including a Colin Greening breakaway with less than five minutes left in the period, while Sparks answered each of Lehigh Valley’s four first period offerings.

The Marlies broke the scoreless deadlock early in the second stanza when, while enjoying a two-man advantage, Chris Mueller fed a pinpoint cross-ice pass to Andreas Johnsson at the side of the net who made no mistake in slamming home his fifth goal of the playoffs. Mueller and Calle Rosen assisted on the man-advantage marker netted 2:24 into the middle frame as Toronto converted the game’s opening goal for the third time in the series and ninth time overall this postseason. 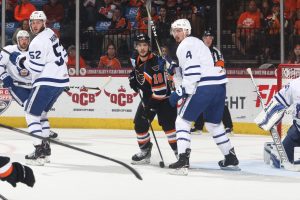 The Phantoms remained resilient though and leveled the contest with a power play tally of their own just past the midway point of the second period. With Toronto’s Pierre Engvall in the penalty box for slashing, Colin McDonald fed a brilliant pass into the slot where Sanheim rifled home the equalizing marker with his first goal of the postseason. Reigning AHL MVP Phil Varone collected the secondary assist on the man-advantage marker netted 13:11 into the middle frame.

Toronto regained the lead though just over three minutes into the third period when a wrist shot from the bottom of the right wing face-off circle by Johnsson slipped between Lyon’s pads before settling in the back of the cage. Miro Aaltonen and Carl Grundstrom assisted on the even-strength strike tallied 3:27 into the finale frame of regulation.

The Marlies added an insurance marker in the game’s final minute when Trevor Moore potted an empty-net goal for his fourth goal of the playoffs in sealing the victory and clinching the series.