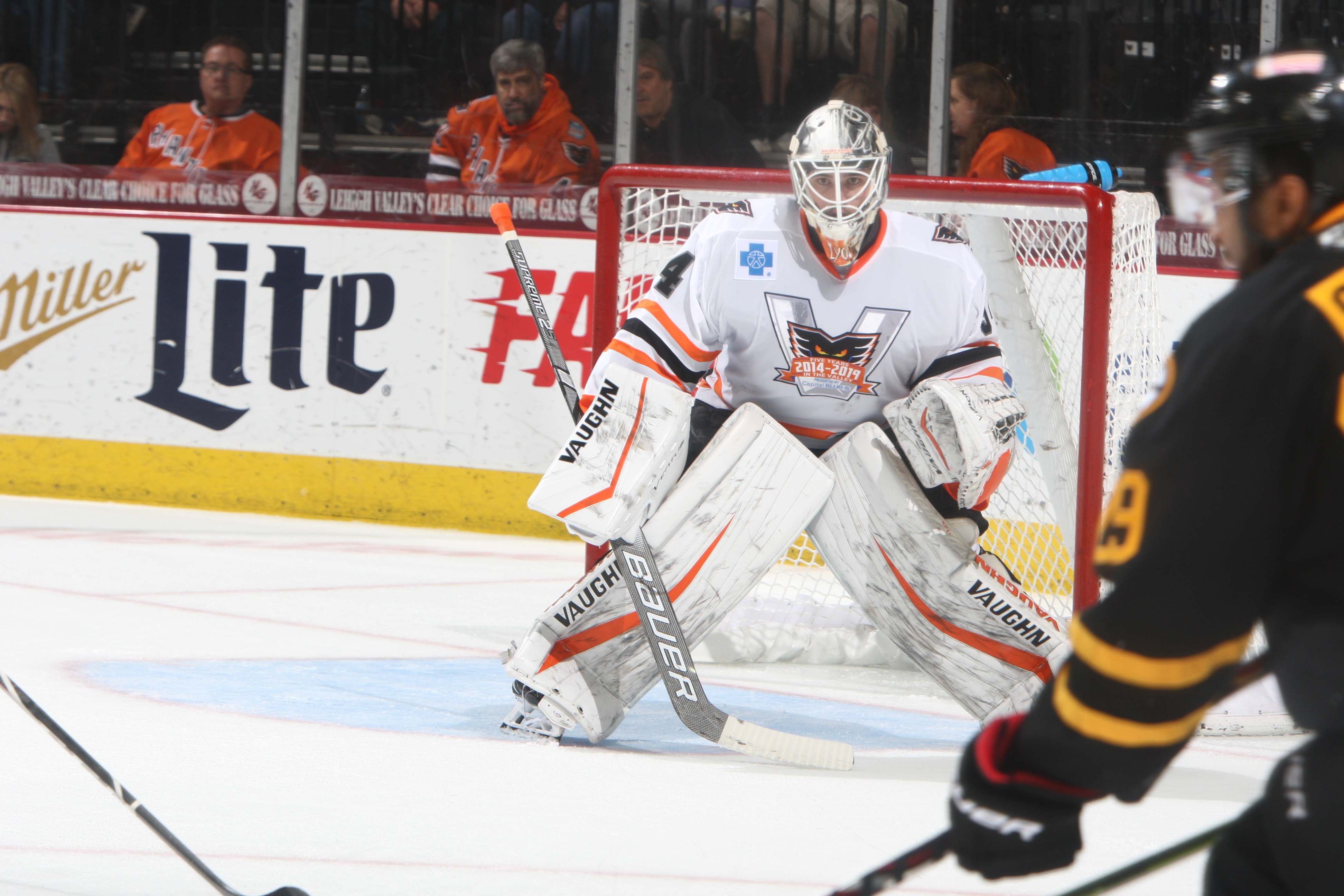 Lehigh Valley, Pa. – The Lehigh Valley Phantoms (19-9-1-2) took the lead early in the first period and never looked back as they defeated the Providence Bruins (13-14-5-0) in front of a sold out PPL Center crowd. Mark Friedman, Nic Aube-Kubel and Phil Myers all scored for the Phantoms and Alex Lyon made 33 saves and has now led Lehigh Valley to at least a point in five straight games.

Connor Bunnaman extended his point streak to a career-high five games with a primary assist on Friedman’s first period goal. Phil Myers picked up two points tonight and has tied a career-high with points in three straight games. He has tallied six points over the three game stretch. 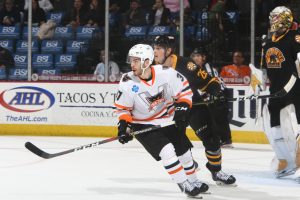 Mark Friedman got things started for the Phantoms with a perfectly executed give-and-go with Connor Bunnaman in the first period. Friedman corralled a loose puck at the blue line and slid it over to Bunnaman who gave it right back to Friedman for a tap-in goal 6:30 into the first. It was the second goal of the season for the defenseman, who just turned 23 on Christmas Day, and his first goal since October 20.

Nic Aube-Kubel extended the Lehigh Valley lead just 3:16 into the third period when he whistled home a one-timer from the top of the circle right passed Dan Vladar to put the Phantoms up 2-0. T.J. Brennan set up Aube-Kubel to pick up his 28th point of the season as he continues to lead all AHL defensemen in points. 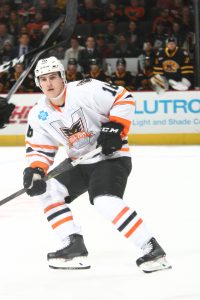 The Bruins finally got on the board after an unfortunate bounce when a pass caught Zach Palmquist in the face and redirected right to Joona Koppanen who was in all alone and snapped one by Alex Lyon. It was Lyon’s only blemish on an otherwise stellar night, and the Phantoms netminder now has one or fewer goals in three of the last five games. He has 1.38 goals-against average during the stretch.

Phil Myers sealed the deal with a shorthanded empty net goal that he flipped in from all the way back in the Phantoms defensive zone with 30 seconds remaining. The puck soared high in the air over the PPL Center ice and swished into the back of the net to send the Lehigh Valley fans home happy.

The Phantoms league-best penalty kill was perfect once again as they killed off all five of the Bruins penalties. Lehigh Valley’s PK unit has now killed off 22 penalties in a row and hasn’t given up a power play goal in seven straight games.

NEXT TIME OUT: The Phantoms will be back at it tomorrow when the Wilkes-Barre/Scranton Penguins visit PPL Center as we continue to celebrate five years in Lehigh Valley. Follow the action @LVPhantoms on Twitter, on Service Electric’s TV2 Sports, on AHLTV or the Phantoms365 App.