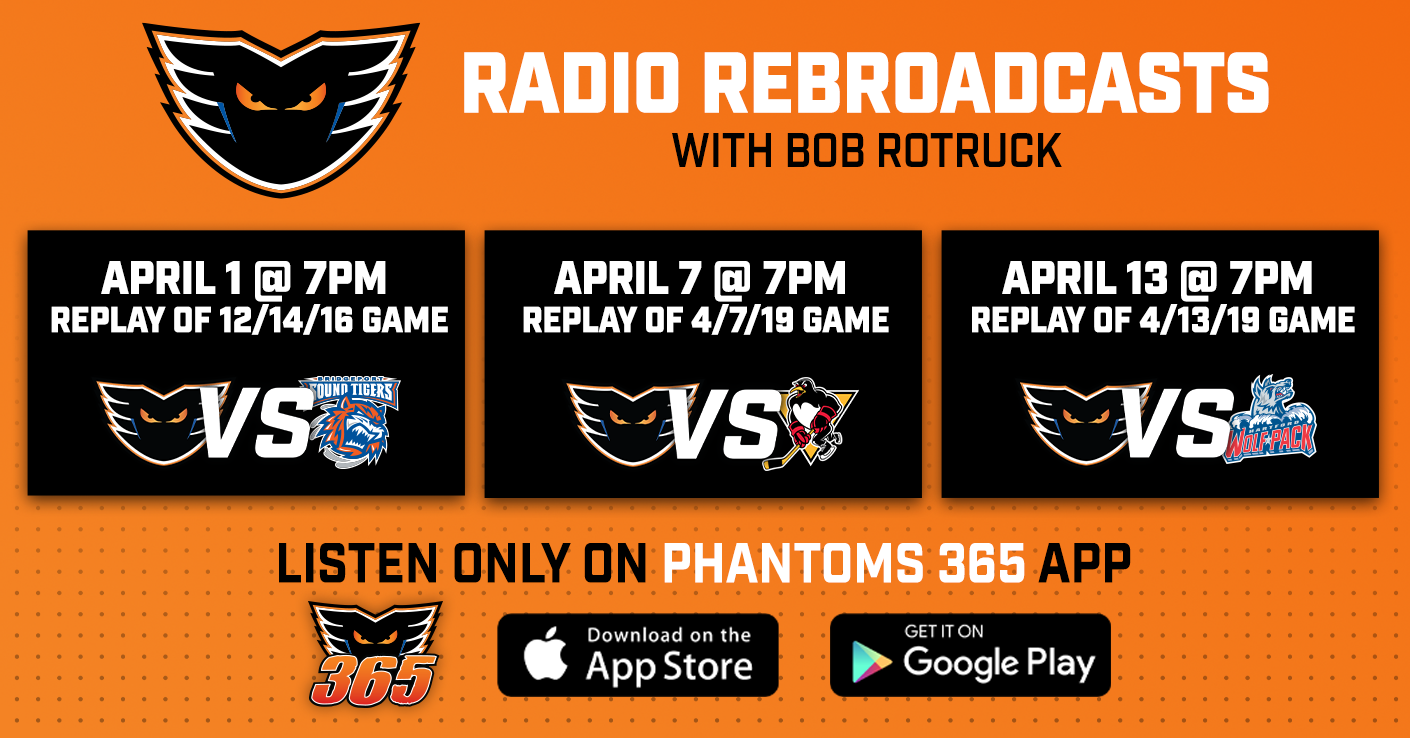 Fans looking for a little more hockey action during the week can tune into past Phantoms games that will be replayed exclusively inside the Phantoms365 App!  Listen to Bob Rotruck’s call of the game, in it’s entirety, right from the palm of your hand, wherever you are.

Over the next three weeks, the App will replay some of the most exciting games from the past including two high-scoring affairs and a season finale for the ages!

To listen, download the Phantoms365 App, available for both Apple and Android devices for free, by clicking HERE.  Check out the full schedule below. 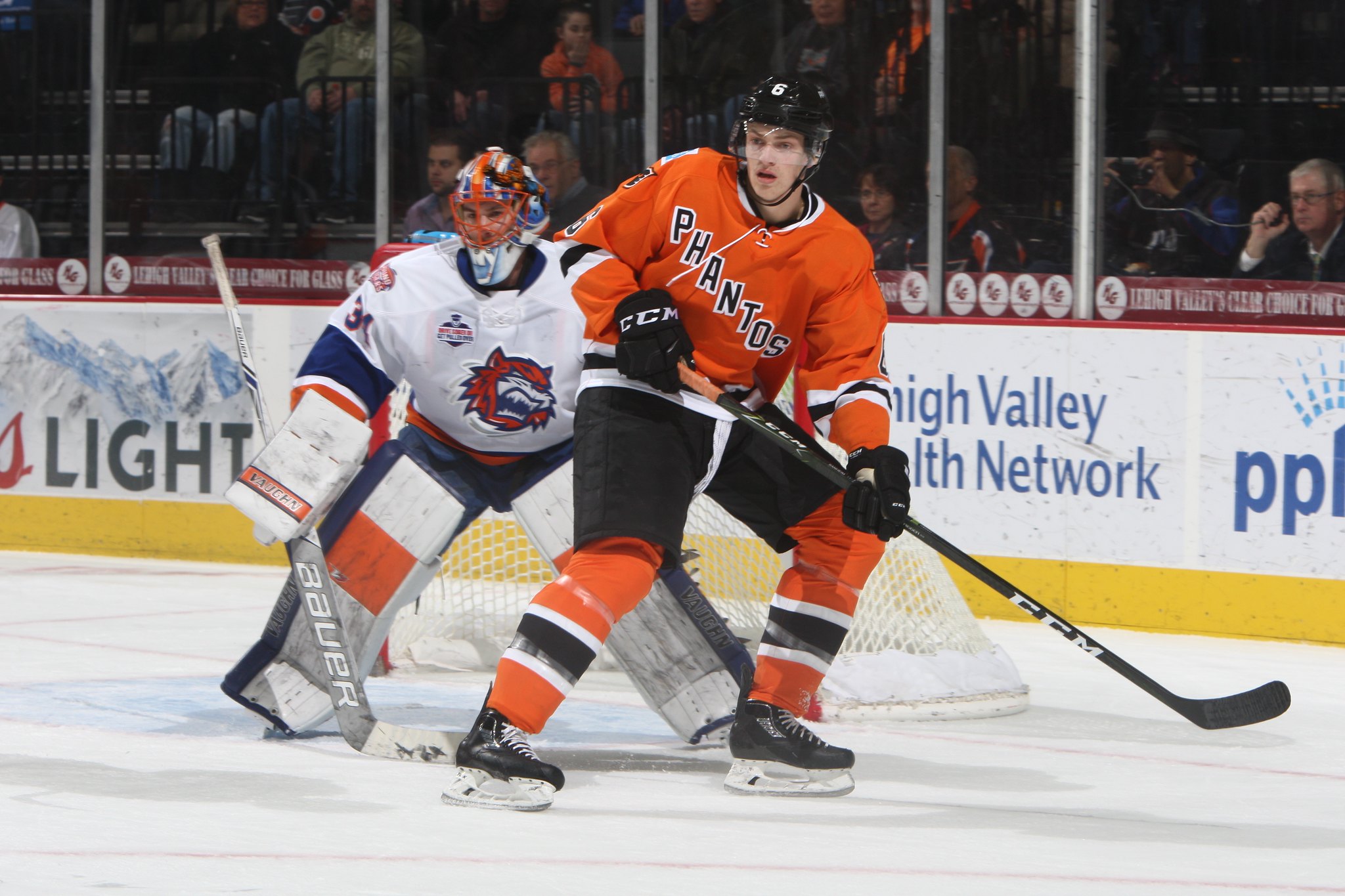 Listen to the replay of the Lehigh Valley Phantoms against the Bridgeport Sound Tigers from December 14, 2016.  The contest marked defenseman Travis Sanheim’s first multi-goal game as a professional and featured a combined 14 goals between the two teams in a back-and-forth affair. 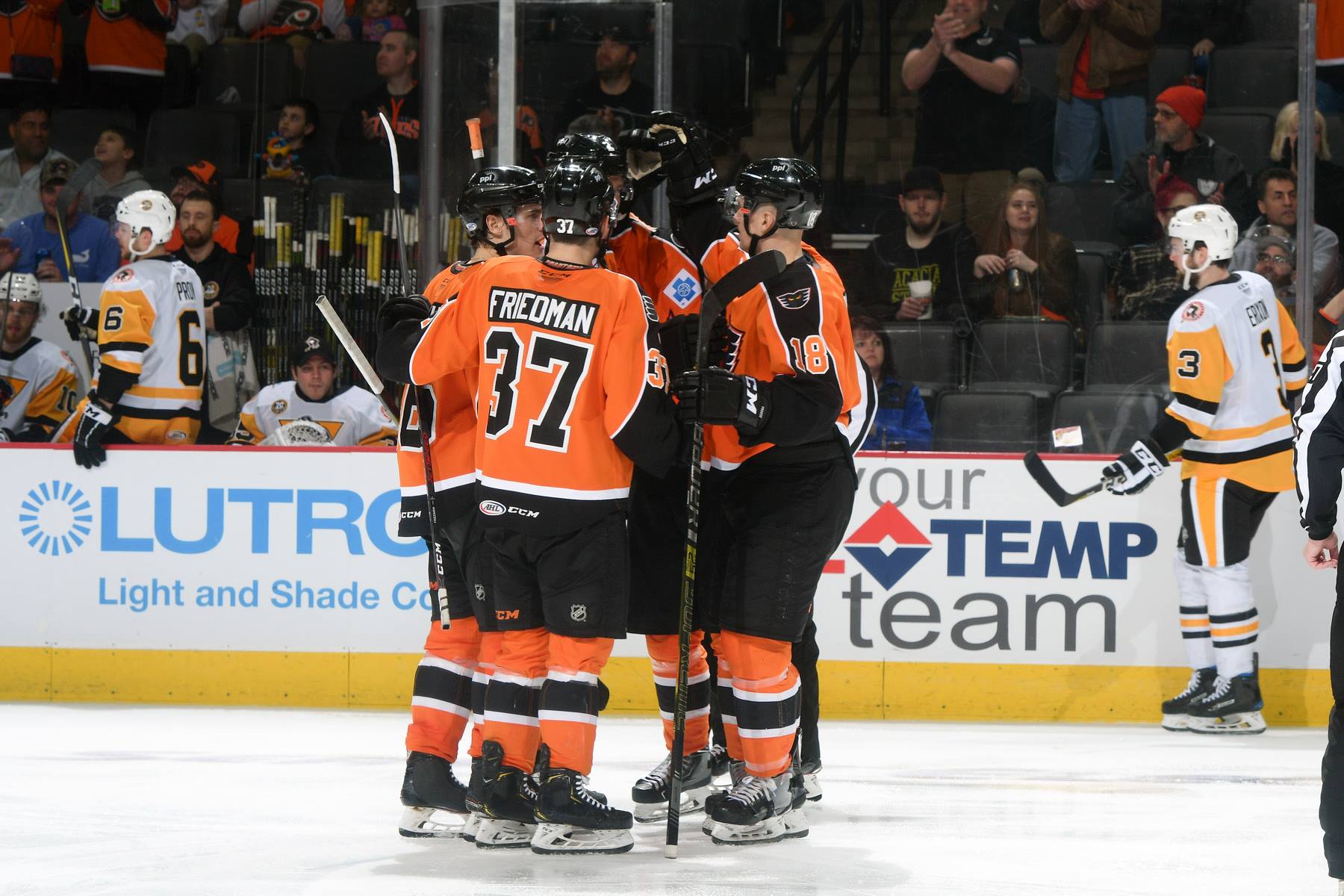 Tune in for the anniversary of the April 7, 2019, game that saw the Lehigh Valley Phantoms record a franchise record 10 goals against the rival Wilkes-Barre/Scranton Penguins in a tilt that featured 16 total goals.  The offensive explosion saw nine different Phantoms players record multi-point games which included three-point nights for both Chris Conner (2G-1A) and Philippe Myers (3A). 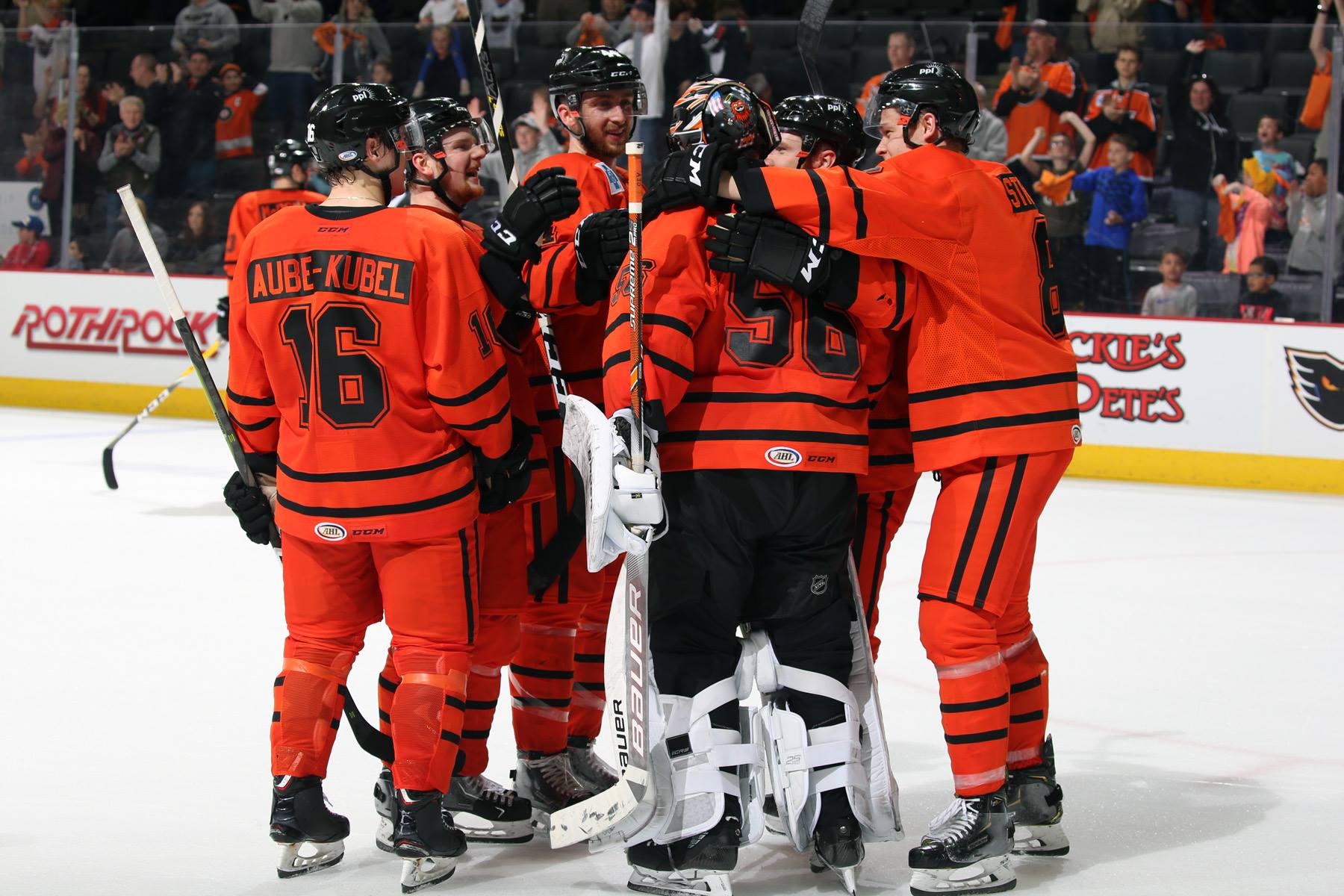 On April 13, the App will replay this past season’s finale which pitted the Phantoms against the Hartford Wolf Pack inside of PPL Center on April 13, 2019.  The thrilling game, that ended in the shootout, was also goaltender Mike McKenna’s final professional game and the outcome sent him riding off into the hockey sunset.