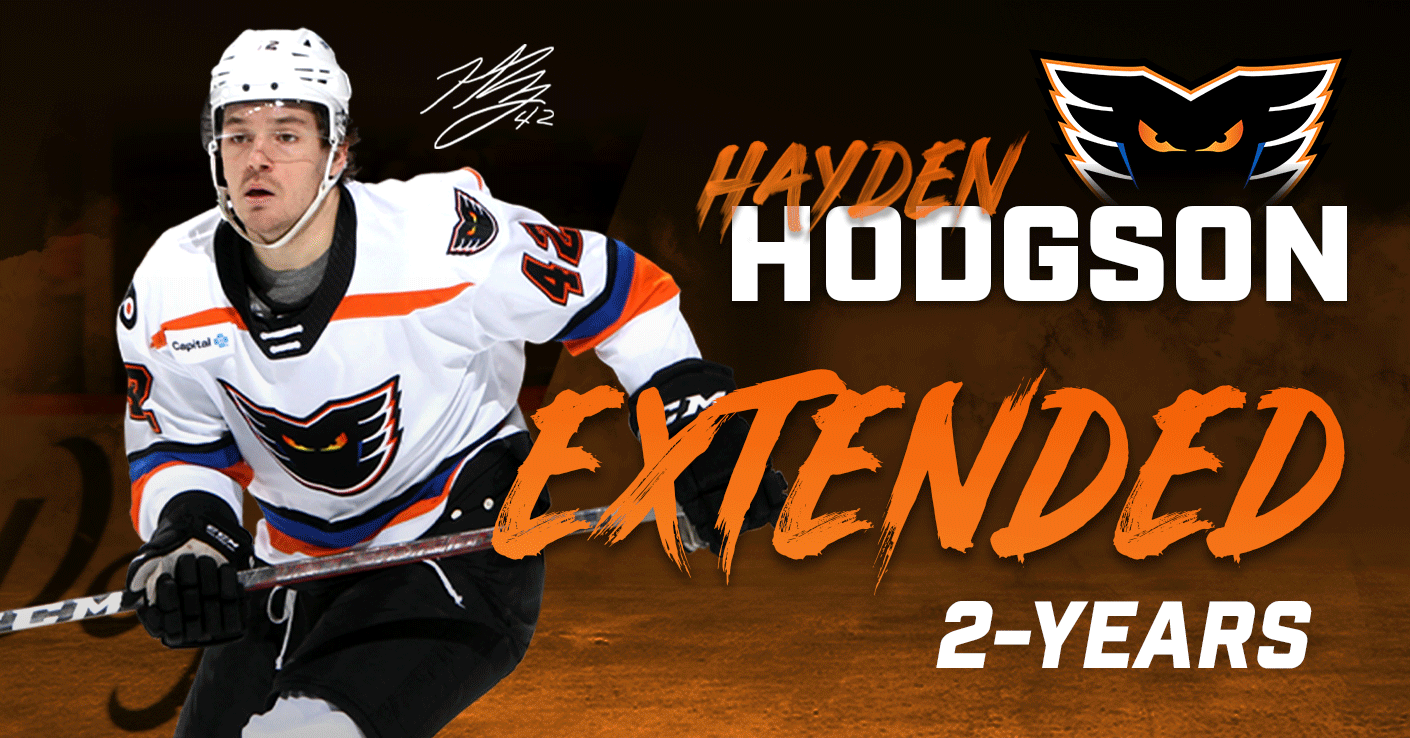 Newcomer Has Impressed in Lehigh Valley

Lehigh Valley, PA – The Lehigh Valley Phantoms have announced that forward Hayden Hodgson has signed a two-year AHL contract extension for the 2022-23 and 2023-24 seasons.

Hodgson, 25, quickly impressed in his debut season with the Phantoms where he has scored six goals with seven assists for 13 points in 20 games. The fourth-year pro initially came to Phantoms Training Camp via a tryout contract from the Reading Royals of the ECHL but he caught the attention of the coaching staff so much that he earned an AHL contract at the beginning of the season. Hodgson had not played in the AHL since the 2017-18 season when he debuted as a rookie with the Cleveland Monsters.

The rugged, hard-shooting winger was key in a historic comeback on December 31 at Utica when the Phantoms trailed 4-1. Hodgson struck for two goals in the third period, including the tying marker with 35.1 seconds left, and then stole the puck in overtime to assist on Cal O’Reilly’s game-winner.

“He’s been our biggest surprise,” Phantoms head coach Ian Laperriere said. “He came out of nowhere. He came to our training camp and I didn’t know about him. Nobody knew about him. I was like, ‘Who is this kid?’ and he came on the ice and I saw what he can do. What I like about him, he does everything hard and it starts in practice. He’s got good habits in practice. Sky’s the limit for him. I wouldn’t be surprised if in the next couple years he plays at the next level.”

The 6’2″ talent out of Windsor, ON has played for six different ECHL teams which included a 2019-20 campaign with the Reading Royals scoring a career-high 12 goals in 36 games. Hodgson has scored 22-22-44 in 98 career ECHL games while also playing in 61 total games in the AHL with Lehigh Valley and Cleveland scoring a combined 9-10-19.