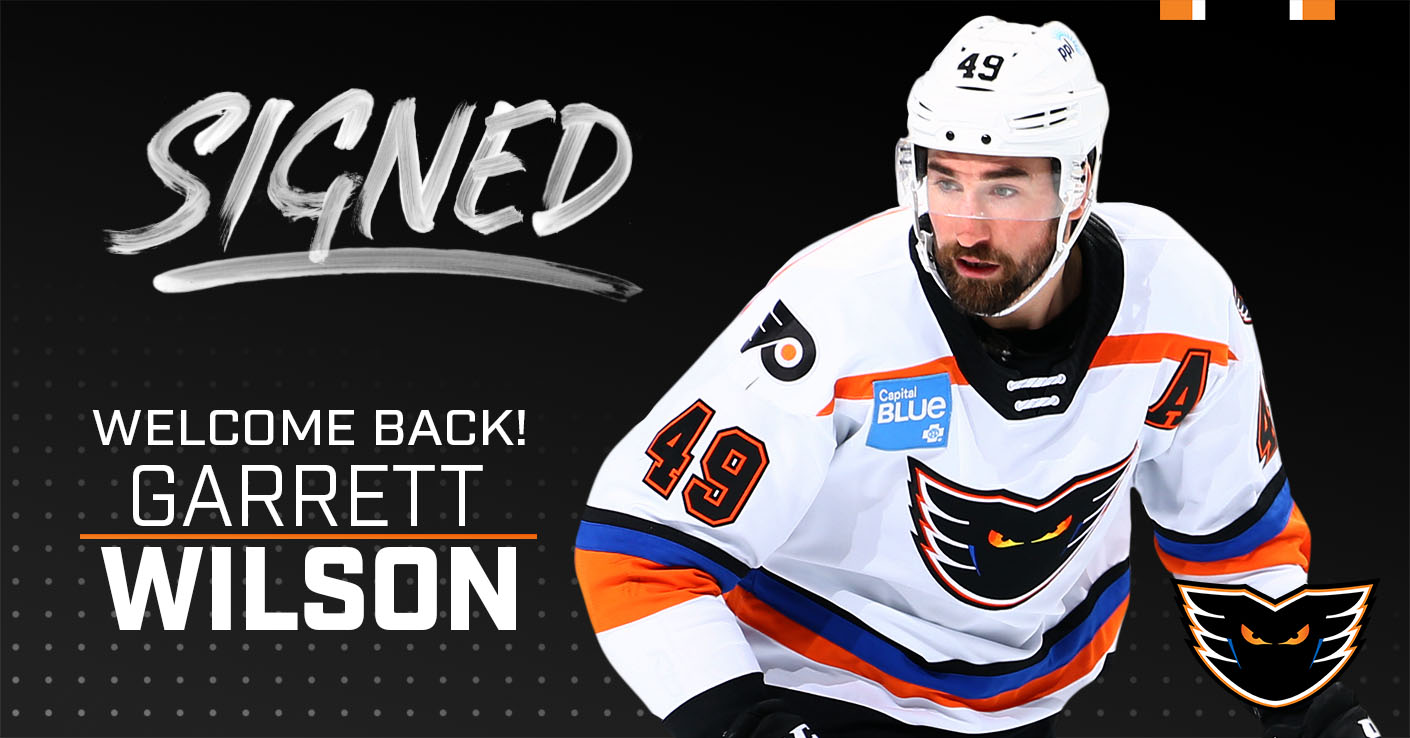 Lehigh Valley, PA – Another key piece of the leadership group will return to the Lehigh Valley Phantoms in the 2021-22 season. Forward Garrett Wilson has signed an AHL contract for the upcoming campaign. 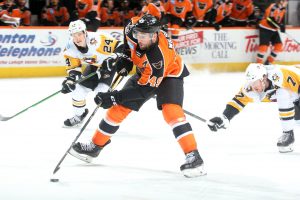 Wilson, 30, was an alternate captain for the Phantoms last season. He played in 27 games for Lehigh Valley scoring one goal with eight assists for nine points. The highly respected and rugged winger has worn an “A” or “C” with four different teams including the San Antonio Rampage, Portland Pirates and Wilkes-Barre/Scranton Penguins.

Wilson is entering his 11th season in the American Hockey League where he has played in 440 games scoring 95 goals with 119 assists for 214 points. The lefty shooting left wing has also played in 84 games in the NHL with Florida and Pittsburgh scoring two goals with six assists. He has a combined 625 professional games and 133 career pro goals in the NHL, AHL and ECHL.

The native of Barrie, Ontario proved to be a physical presence for the Phantoms in 2020-21 season using his 6’3″ and 218 pound frame in a role that included stepping up for his teammates when the situation warranted while also serving as a mentor for young prospects who were new to the professional level such as Zayde Wisdom and Tyson Foerster. 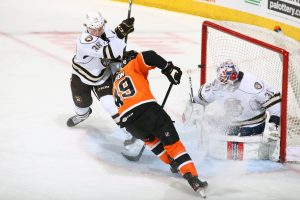 Wilson was originally a fourth round selection of the Florida Panthers in 2009 from the Owen Sound Attack of the OHL. As a Major Juniors player, Wilson was a member of the OHL First All-Star Team in 2010-11 when he scored 40 goals with 46 assists for 86 points in just 66 games. He then added another 21 points (with 11 goals) in the postseason to lead the Attack to the Robertson Cup (OHL Playoff Championship) and an appearance at the 2011 Memorial Cup.

The 25th Anniversary season of the Phantoms franchise is just weeks away!
Opening Weekend for the Lehigh Valley Phantoms is Saturday, October 23 and Sunday, October 24 with games against the Hartford Wolf Pack and Wilkes-Barre/Scranton Penguins back-to-back.