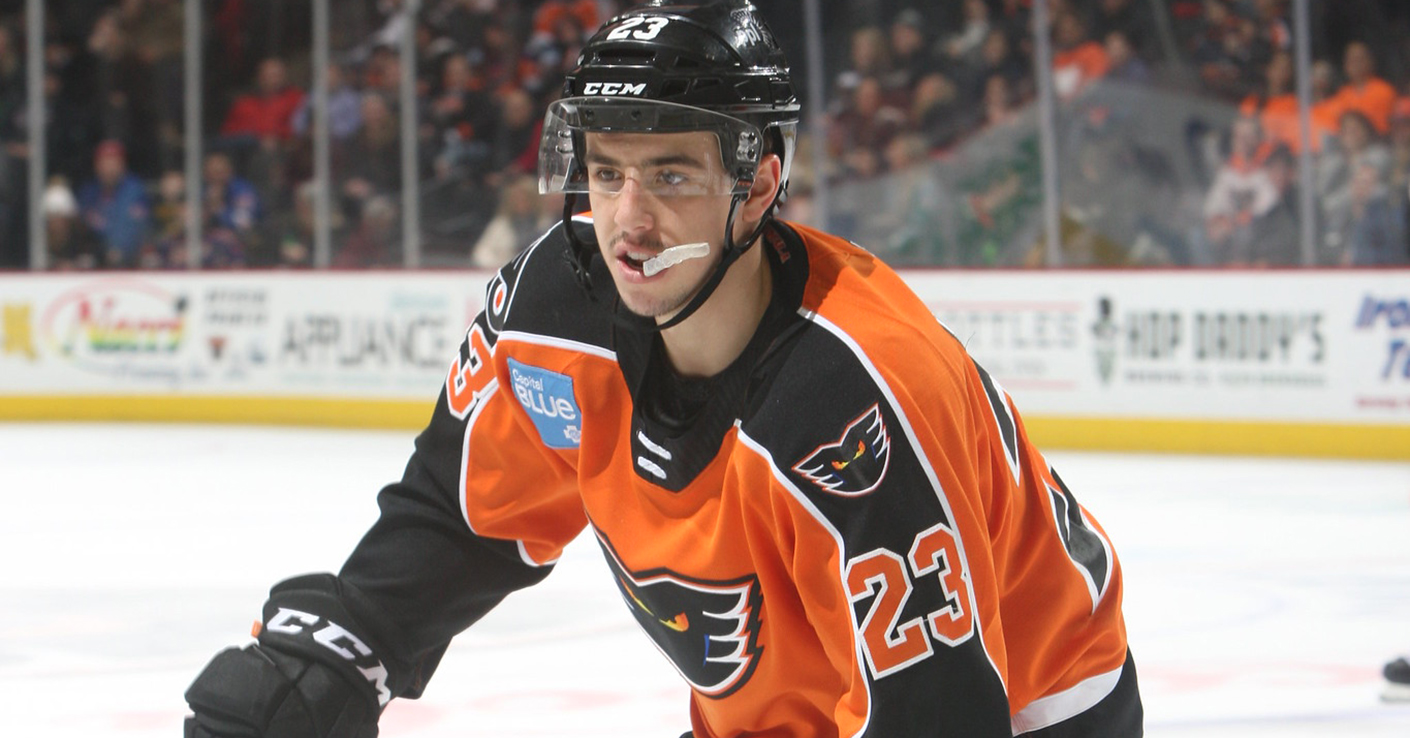 Lehigh Valley, Pa. – The Lehigh Valley Phantoms (22-23-1-6) were able to earn at least a point for the second night in a row and for the fifth time in the past six games but eventually fell to the Hartford Wolf Pack (29-13-5-5) in a shootout by a score of 4-3. Morgan Frost and Andy Andreoff each tallied two points to lead the way for Lehigh Valley.

Andy Welinski scored the first goal of the game just over five minutes into the first period. It was his second in as many nights, and seventh of the season. Max Willman picked up the puck behind the net and passed it to Morgan Frost, who skated in the left circle took a shot that bounced off of Hartford goalie Tom McCollum’s pad and rolled out the right circle. Welinski never gathered a puck, choosing instead to immediately rip a slap shot that found its way into the back of the net. Willman’s assist notched him a point in back-to-back games. 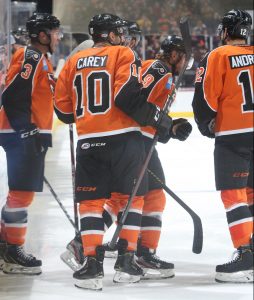 Hartford tied the game just 12 seconds into the second period, as Shawn McBride poked a loose puck past Alex Lyon. Ty Ronning shot the puck off Lyon’s helmet that ricocheted up high off the glass behind Lyon. The puck bounced back over the net and landed in front of the goal crease right in front of McBride who was able to quickly put it in.

Playing in his 900th professional game, Cal O’Reilly gave the Phantoms a 2-1 lead with a beautiful power-play goal 4:24 into the second period. Andy Andreoff powered past the Hartford penalty killers toward the net before dumping it off to the trailing O’Reilly. O’Reilly showed off the hands by dancing the puck between his own legs before backhanding it through the Wolf Pack goaltenders legs for his fifth goal of the year.

Nick Jones tied it up for Hartford with 3:27 left in the second period, as there was a scramble in front of the net after the puck bounced off a Phantoms defender and Jones was able to knock in the loose puck. 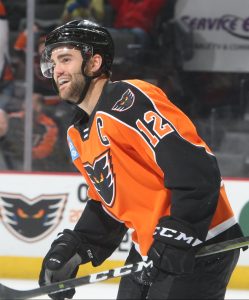 Morgan Frost and Andy Andreoff joined the group of Phantoms who have recorded multi-point games in the past two nights, as the two produced the play that gave the Phantoms a 3-2 lead with 1:15 left in the second period. After Frost was kicked out of the faceoff circle, Andreoff came in and won the faceoff cleanly back to Frost who went down to one knee and one-timed a shot past McCollum for the goal. Frost was playing in his first game since returning from a stint with the Flyers.

Hartford tied the game once again with 11:48 left in the third period with a goal from Matt Beleskey. The Phantoms were unable to break the tie in regulation and went to overtime for the second consecutive night after an overtime victory against the Bridgeport Sound Tigers last night.

Neither team was able to score overtime as the each only got off two shot attempts in a back-and-forth five minute period, forcing the game into a shootout.

NEXT TIME OUT: The Phantoms will depart for a four game road trip that begins Sunday night in Hershey, before travelling to Bridgeport (February 19), Rochester, (February 21) and Syracuse (February 22). They will return home on February 28 for a weekend series against the Charlotte Checkers as the team celebrates the 40th Anniversary of the 1980 Miracle on Ice.