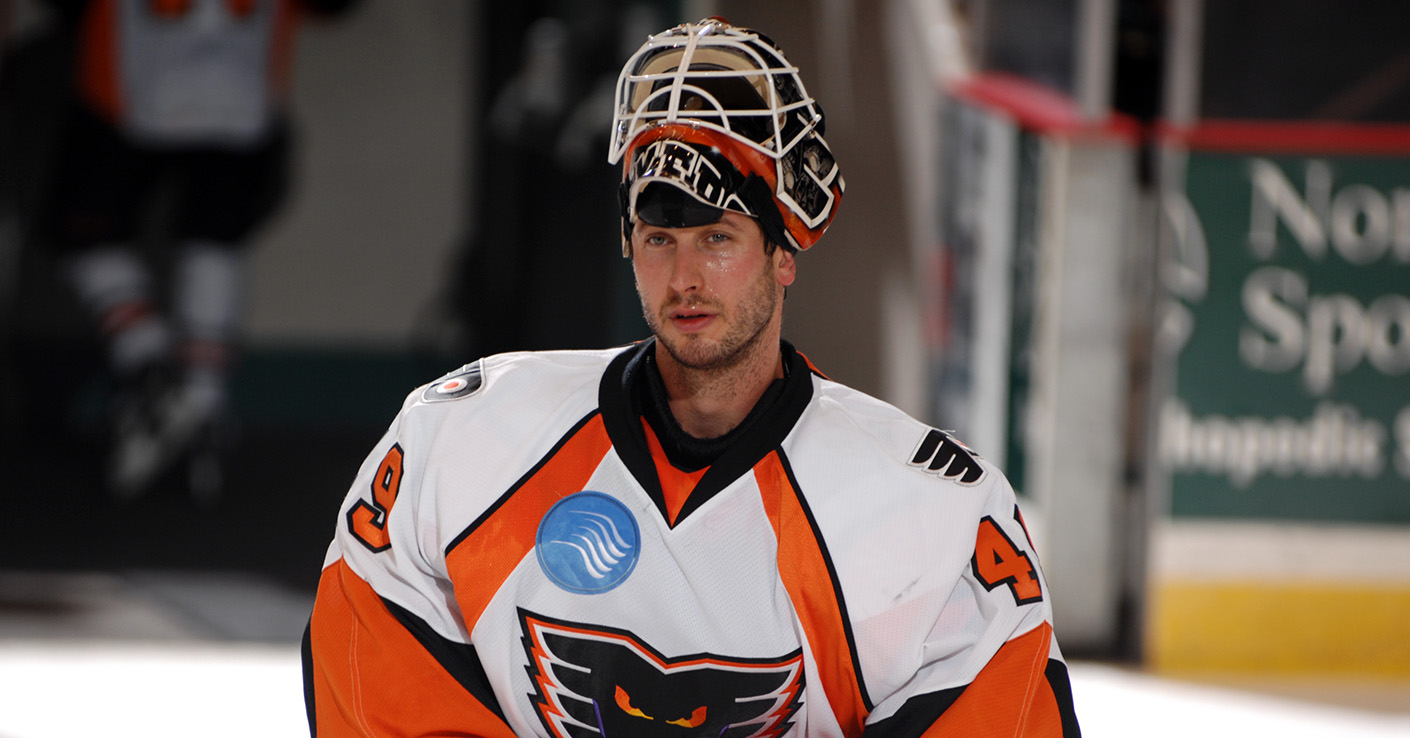 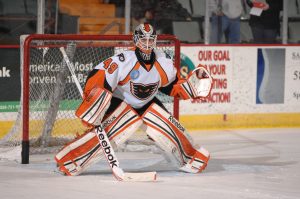 A sixth-round draft selection (165th overall) by the Chicago Blackhawks in 1999, Leighton spent five seasons in the Philadelphia Flyers organization playing a total of 33 games for the Flyers at the NHL level and another 93 for the Phantoms in the AHL.  Leighton may be best known for his time between the pipes during the 2010 Stanley Cup Playoff run in which he backstopped Philadelphia to eight wins in 14 appearances before the team bowed out in the Stanley Cup Final to the Chicago Blackhawks.

The five-time AHL All-Star took part in 507 AHL contests throughout his career, ranking him seventh overall in league history among goalies in games played. Leighton retires with an AHL record of 250-186-50 and currently holds the record for the most shutouts by an AHL goaltender with 50 in his career.

While current Lehigh Valley Phantoms goaltender Alex Lyon made a jaw-dropping 94 saves in the record-breaking five overtime win over the Charlotte Checkers during the 2018 Calder Cup Playoffs, he still ranks second on the list for most saves in a single game to, you guessed it, Leighton.  Ten years earlier, during the 2008 Calder Cup Playoffs, while with the Albany River Rats, the Petrolia, Ontario, native made 98 total saves in a five-overtime loss to the Philadelphia Phantoms.