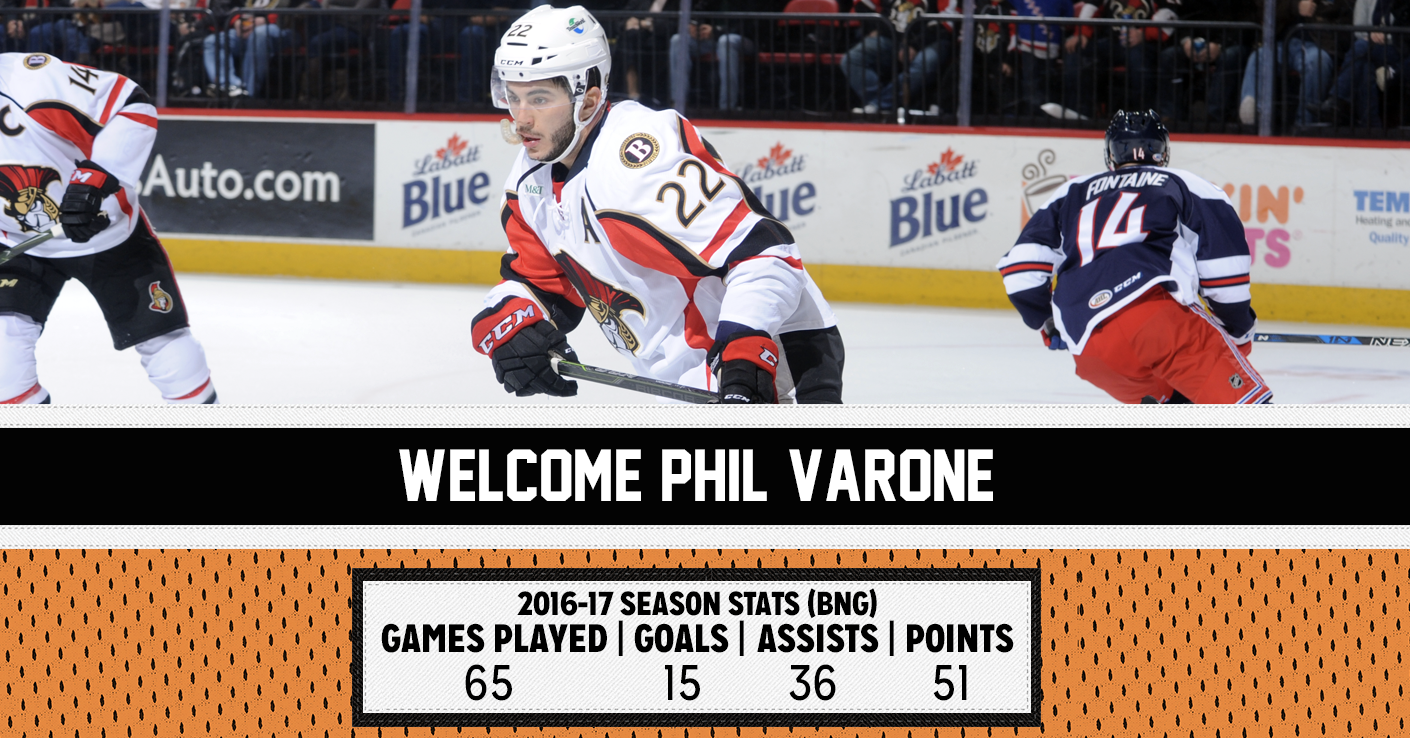 A 26-year-old center from Vaughan, Ontario, Varone recently completed his sixth professional campaign where he led all Binghamton Senators with 36 assists and tied for the club lead with 51 total points. A fifth-round selection (#147 overall) by the San Jose Sharks in the 2009 NHL Entry Draft, he’s amassed 89 goals, 209 assists and 298 total points in 392 career AHL games with the Senators and Rochester Americans. What’s more, Varone has recorded five goals and 10 points in 50 career NHL outings during time with the Buffalo Sabres and Ottawa Senators.