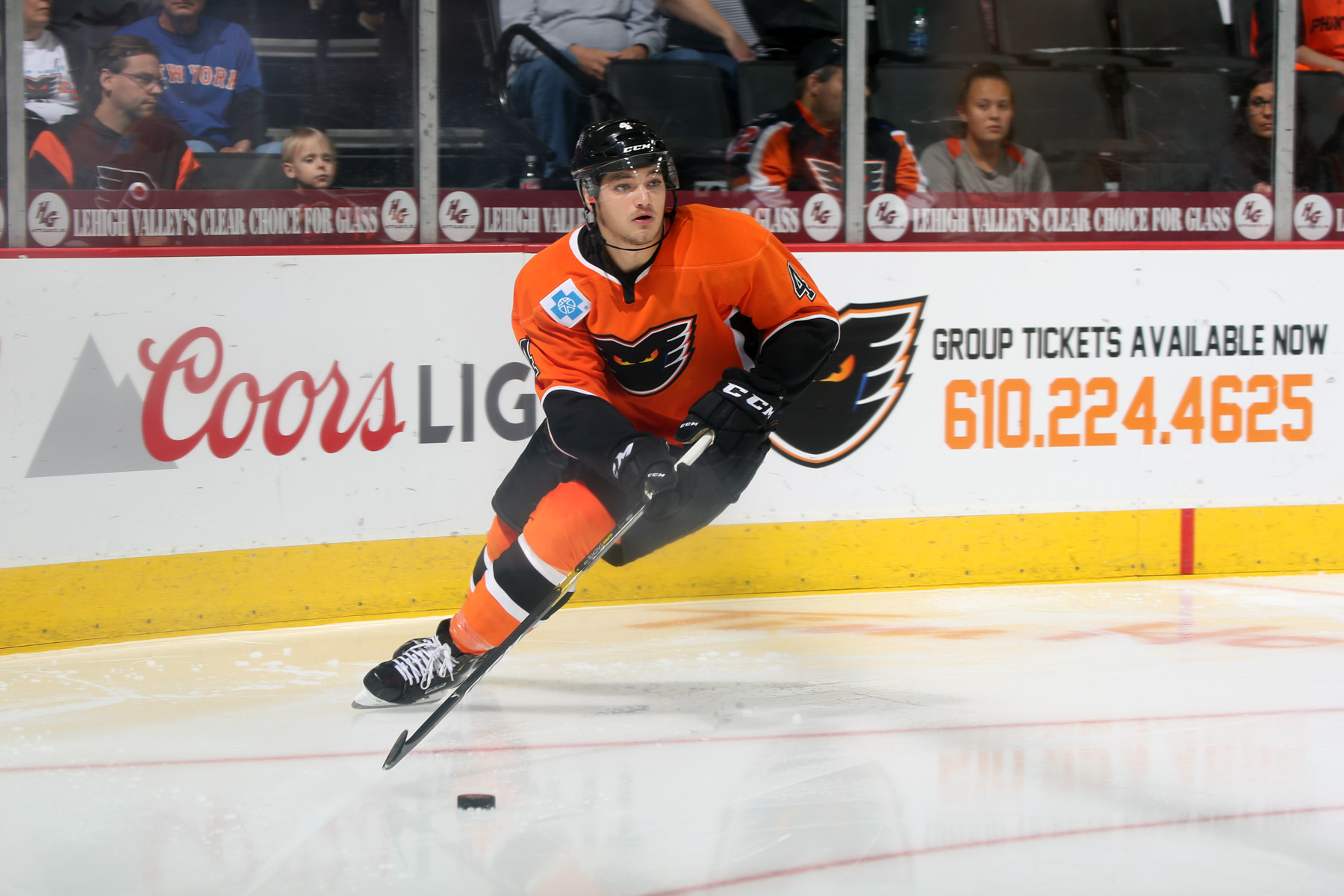 Hora Has Played One Game This Season

Lehigh Valley, Pa. – The Lehigh Valley Phantoms, proud AHL affiliate of the Philadelphia Flyers, have announced today they have loaned defenseman Frank Hora to the Reading Royals of the ECHL.

Hora, 22, has appeared in one game for the Phantoms this season, playing on January 21 against the Wilkes-Barre/Scranton Penguins. Hora has played 38 games for the Reading Royals this year and has notched seven points. He has played 100 games over the last two years for the Royals and totaled 21 points (1g, 20a) and a +28 rating. He led Reading with a +23 rating last season.

Lehigh Valley returns from the All-Star break on Friday in Bridgeport for a rematch with the Sound Tigers. Then they travel to Hershey on Saturday for another match-up with the Bears.