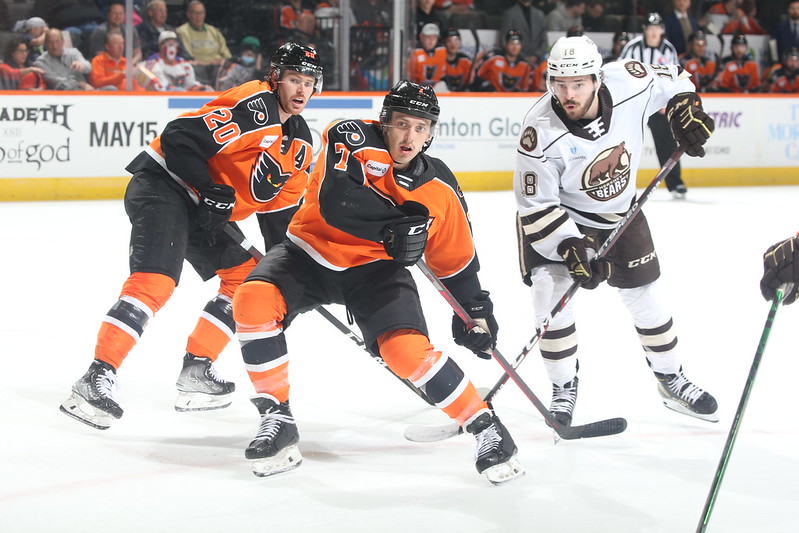 Lehigh Valley, PA – Maksim Sushko (9th) scored with 8:31 left to break a 1-1 tie and complete a third-period comeback in Lehigh Valley’s 2-1 victory over the Hershey Bears on Wednesday night. Initially ruled No Goal on the ice because the cage had been dislodged, the officials reversed their decision upon video review and awarded the goal to the Phantoms in the key decision.

Rule 63.7 essentially states that if the attacking player has imminent scoring opportunity prior to the cage becoming displaced by a defending player then the goal can still count even if it crosses the goal line after the cage is dislodged.

Alex Kile (4th) jumped on a free puck in the slot and found the back of the net past Pheonix Copley with a strong second effort to get the Phantoms on the board and finally break through with 12:51 remaining in the third period.

Mike Vecchione (16th) scored against his former team in the first period to put the Phantoms behind on the scoreboard for a majority of the game before the comeback.

But Lehigh Valley had the better of the play for most of the night as exemplified by the team’s 38-22 shots advantage. There was one big problem for most of the contest though: Pheonix Copley.

The veteran goaltender for the Bears was spectacular in a magnificent effort in preserving his 1-0 lead for a majority of the contest despite a bevy of glorious scoring chances for the Phantoms.

Vecchione found a rebounding puck in the slot off a Brett Leason point-shot and backhanded one past Nagle for the fourth time he has scored against Lehigh Valley this year allowing the Bears to take a 1-0 lead in the first period. 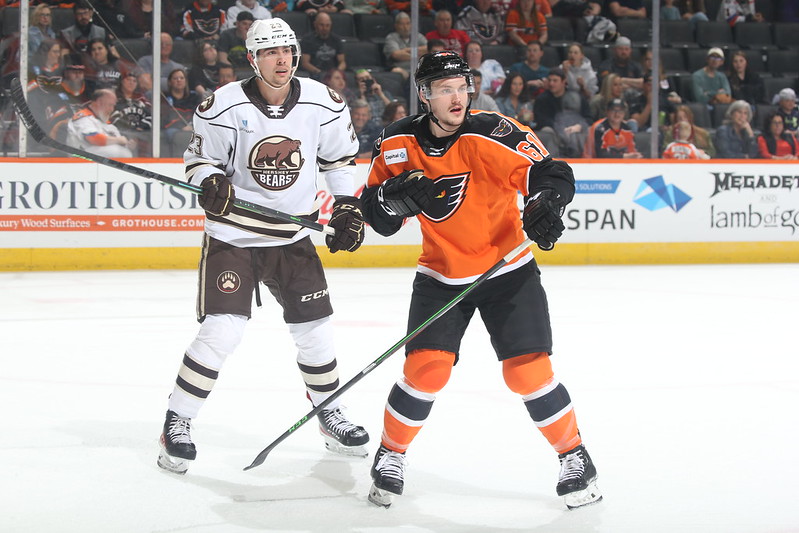 Adam Johnson and Wade Allison and Maksim Sushko were all denied on impressive stops by Copley in the first and second periods. 15 shots in the first wasn’t enough to break through. Max Willman beat Copley with a monster blast in the second period but it rang off the post and bounced straight out. That kept the Phantoms down 1-0 into the second intermission as well.

But the Phantoms continued to pour it on and in the third period turned up the volume even more.

Kile’s initial drive on a turnover right on top of Copley in the third period was knocked down on another tremendous save but Kile stayed with the play and from the right of the cage was able to flip the team’s first goal of the night over the prone body of Copley to even the score at 1-1.

Brennan Menell sent everyone scrambling with his point shot that handcuffed Copley. O’Reilly was trying to reach the puck on the right side of the blue paint but was held off while it lay mere inches from the line. Enter Sushko who got there to knock it in just as the cage had been dislodged by a Hershey player.

The referee initially signalled no goal. But the Phantoms still had hope as the officials went to the scorer’s table to eyeball the tablet on a video review. It was eventually determined that Sushko’s tiebreaking goal WOULD count and thus the Phantoms took the 2-1 lead with 8:31 left. Menell and O’Reilly received assists on the play.

Pat Nagle made some strong stops in the closing minutes as Hershey had its strongest push of the game. 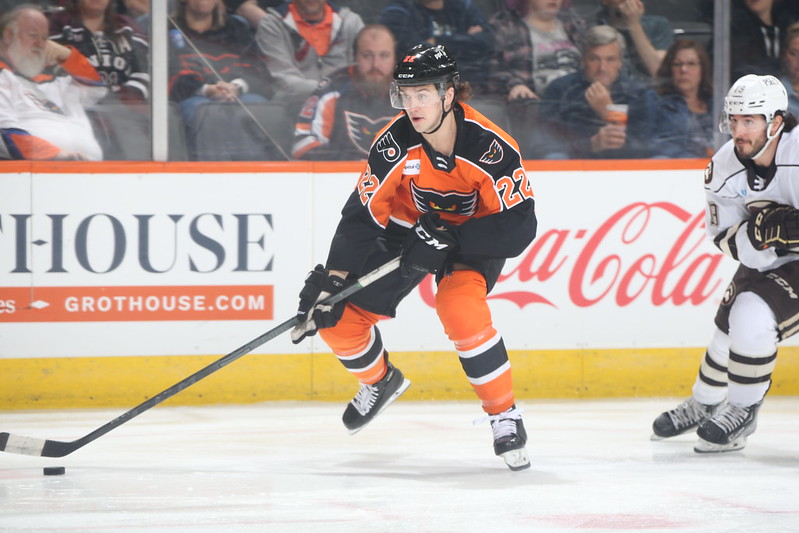 Lehigh Valley improved to 6-0-0 at PPL Center against the Hershey Bears and is 7-4-1 against Hershey this season. The Pennsylvania rivals have two more meetings in the 2021-22 season.

The Phantoms have won six consecutive home games since March 11.

Lehigh Valley has eight games remaining in the 2021-22 season including six at home.

The homestand continues with Friday and Saturday night games at PPL Center against the Bridgeport Islanders and Providence Bruins. Saturday’s game is Pride Night in conjunction with our friends at the Bradbury-Sullivan LGBT Community Center in Allentown.