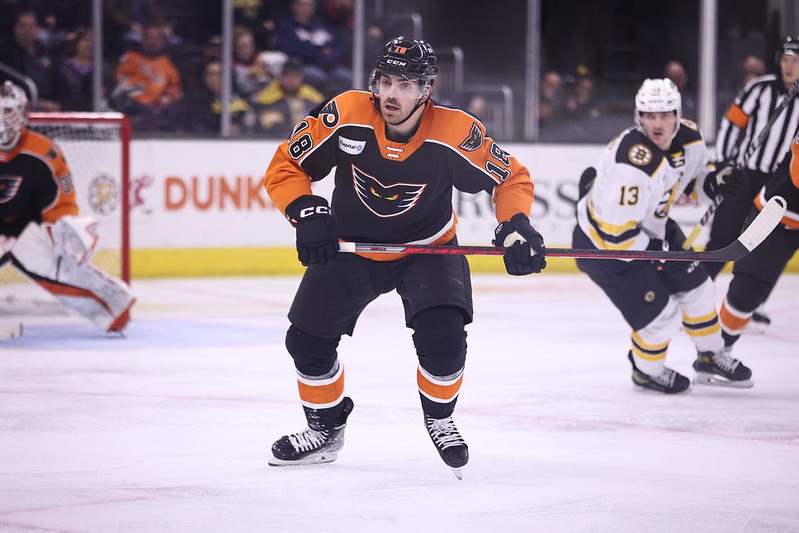 Additionally, the Lehigh Valley Phantoms have recalled forward Charlie Gerard and goaltender Nolan Maier from the Reading Royals of the ECHL.

Cates, 25, is a lefty shooting center from Stillwater, MN who has scored four goals with three assists for seven points with the Phantoms in 11 games. He has also played in three games with the Flyers this season where he is teammates with his brother, Noah Cates.

Jackson Cates played 37 games with the Phantoms last year scoring 2-8-10 before his season was cut short with an injury on March 5, 2022 against Charlotte. He also has played in 18 career games with the Flyers including 11 games last season during which he also scored his first career NHL goal at Montreal in December. 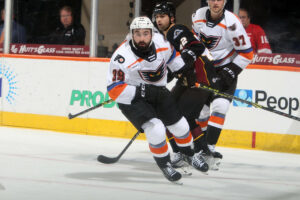 Gerard, 26, has played in two games with the Phantoms this season, most recently on October 22 in Lehigh Valley’s home opener against the Cleveland Monsters. In his first game with Reading this season, he scored the game-winning goal in the third period in a 3-2 victory over the Indy Fuel.

Last year with the Phantoms, the Rocky River, OH native played in 55 games scoring 6-6-12 and he began the season with Reading where he played in eight games scoring 2-2-4. The Minnesota State (Mankato) product began his pro career in 2020-21 with the ECHL Utah Grizzlies and AHL Colorado Eagles.

Maier, 21, is a rookie goaltender from Yorkton, SASK has gone 4-2-1 with Reading in eight games played with a 2.36 GAA and .905 save percentage. He recorded his first career pro win on November in a 4-3 decision over Wheeling. Maier has won his last four straight starts for Reading, most recently on November 20 in a 3-2 victory over Adirondack making 21 saves.

With the Phantoms in the preseason, he made 27 saves on 28 shots in 40 minutes of action at Wilkes-Barre/Scranton. With the Saskatoon Blades in Major Juniors, Maier set a WHL record with 122 career wins.

The Lehigh Valley Phantoms return to action this Friday at the Wilkes-Barre/Scranton Penguins. The Phantoms are at home on Saturday night against the Rochester Americans featuring a Postgame Skate with the Phantoms players. 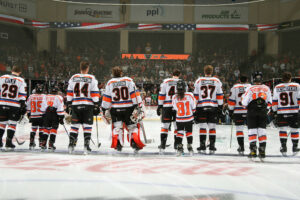